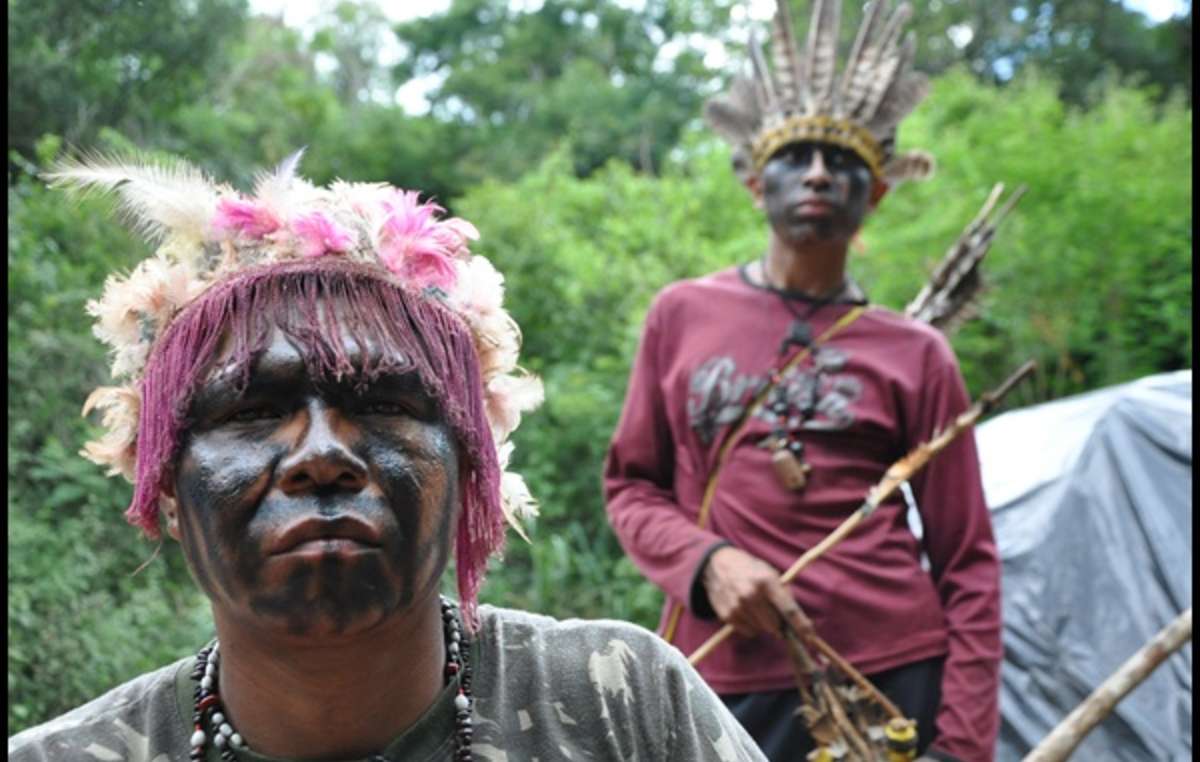 Guarani Indians have traveled to Brasília to warn of the violence they are forced to endure.
© MPF/Survival

Guarani Indians have traveled to Brazil’s capital, Brasília, to warn of the ‘complete disrespect’ and ‘permanent human rights violations’ they are suffering as a wave of death and violence has swept over their communities.

Last month, 15-year-old Guarani boy Denilson Barbosa was shot dead, reportedly by the owner of the ranch which occupies part of the Indians’ ancestral land.

Since then, several communities have reported gunmen intimidating them and firing shots into the air, and three Guarani have died of unknown causes. Their deaths are being treated as mysterious.

Guarani leaders have received death threats via anonymous phone calls, and they fear their movements are being closely monitored by the ranchers’ gunmen.

Having seen much of their land taken from them to make way for ranches and sugarcane plantations, thousands of Guarani now live in overcrowded reserves or roadside camps. Their efforts to take back their ancestral land, rightfully theirs according to Brazilian and international law, often result in violence.

The delegation of seven Guarani leaders met with various government authorities in Brasília, and urged them to map out Guarani lands and implement an emergency security program as soon as possible.

They also called for the rancher thought to be responsible for Barbosa’s death to be investigated and brought to trial.

Many Guarani have been killed by gunmen in recent decades, and in almost every case, the perpetrators have not been punished.

Survival is campaigning for the Guarani’s ancestral land to be returned to them before they are forced to endure further killings.

The Guarani stated, ‘We Guarani… are sure that only the definitive demarcation and return of our ancestral lands will put an end to indigenous misery and hunger, and guarantee more dignified lives for the next Guarani generation’.