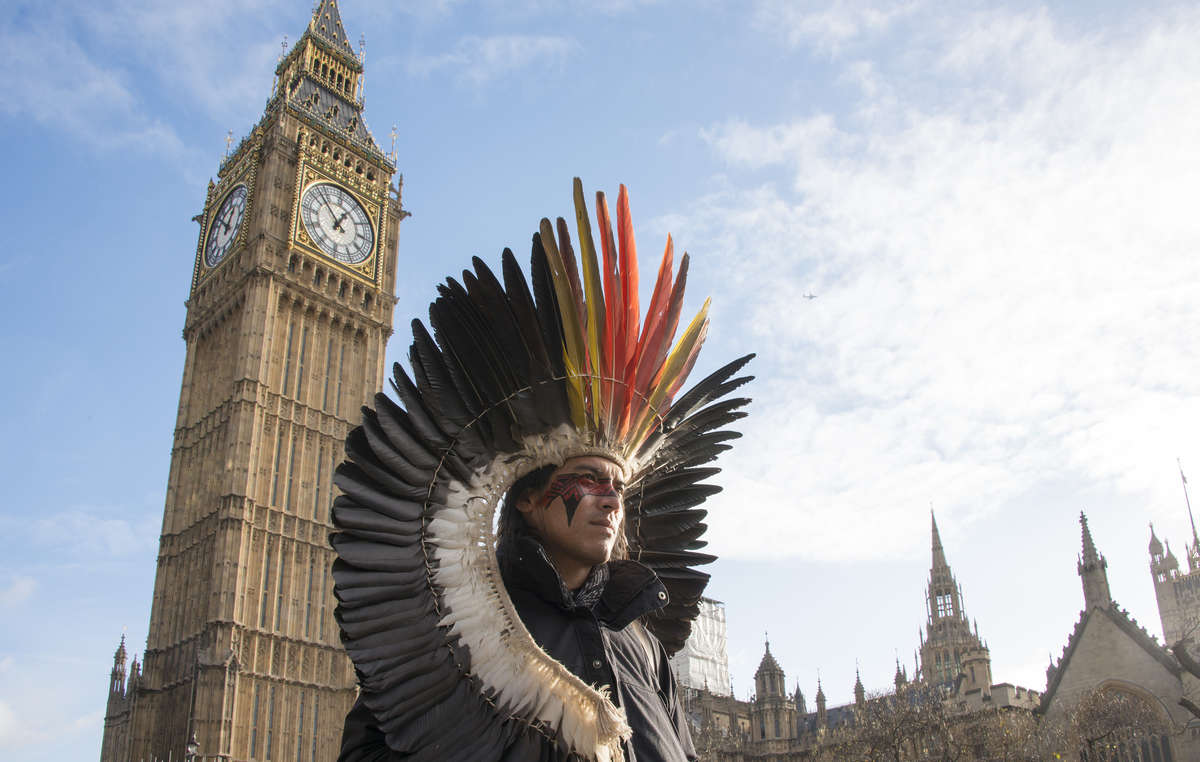 Nixiwaka Yawanawá, an Amazon Indian in London, has described London as a city ‘rich in history and filled with ghosts’. © Helen Saunders/Survival

Nixiwaka Yawanawá, a Yawanawá Indian from the Brazilian Amazon, came to London to learn English and in 2013 joined Survival International to speak out for indigenous rights. Nixiwaka plans to raise awareness of the threats to Amazon Indians ahead of the FIFA World Cup 2014, as Brazil continues its onslaught against indigenous peoples’ rights to their land.

The land of the Yawanawá – meaning ‘the People of the Wild Boar’ – is in Acre state, western Brazil, which is home to several tribes, including at least 6 that are uncontacted. Most rely on their lands to sustain themselves physically and culturally. All are threatened by a set of controversial draft bills, which would open up indigenous territories for mining, dams, army bases and other industrial projects.

In an exclusive interview for Survival International, Nixiwaka provides fascinating insights into the Yawanawá ways of life in the rainforest, the devastating impact that the introduction of alcohol had on his community, and his tribe’s strong sense of ecological responsibility. 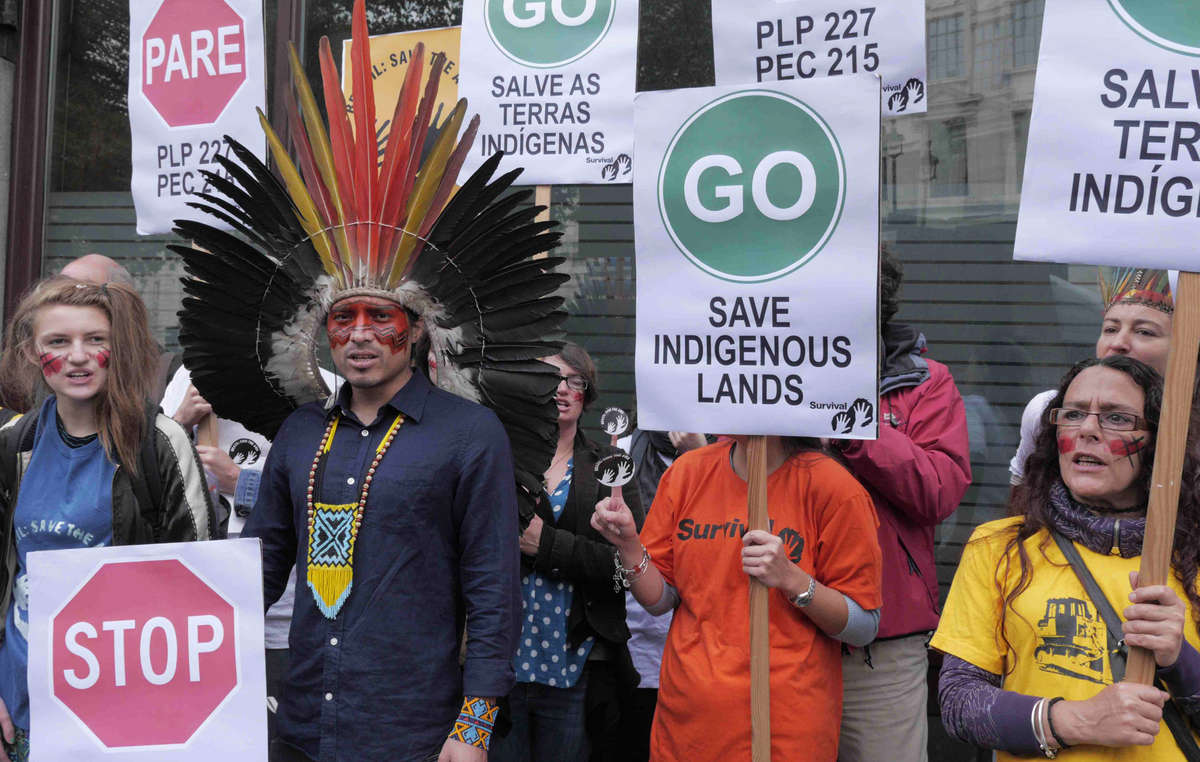 - How outsiders and missionaries forced the Yawanawá to change the way the tribe prayed, dressed and spoke and called their rituals the ‘devil’s work’
- The rainforest knowledge of Amazon Indians: e.g. the sap of a plant concoction called ‘Hukâshupa’ is worn as a perfume to attract a lover
- Yawanawá recipes: include a typical lunch of manioc, green bananas and mashed plantain
- Nixiwaka’s perceptions of London: a city ‘rich in history and filled with ghosts’.
- His views on the destruction of the Amazon rainforest
- His plea, in the run up to FIFA World Cup 2014 in Brazil, for the Brazilian government to respect the rights of tribal peoples such as the Awá, Earth’s most threatened tribe

Nixiwaka Yawanawá said, ‘Our land is our home, our house. It is our friend, our comrade. We have a lot of respect for our land, and we have a responsibility to look after it.’

‘Survival is very important for tribes like ours, as it is a promise of change. We are not backward, or primitive: it is now time we make our own decisions.’ 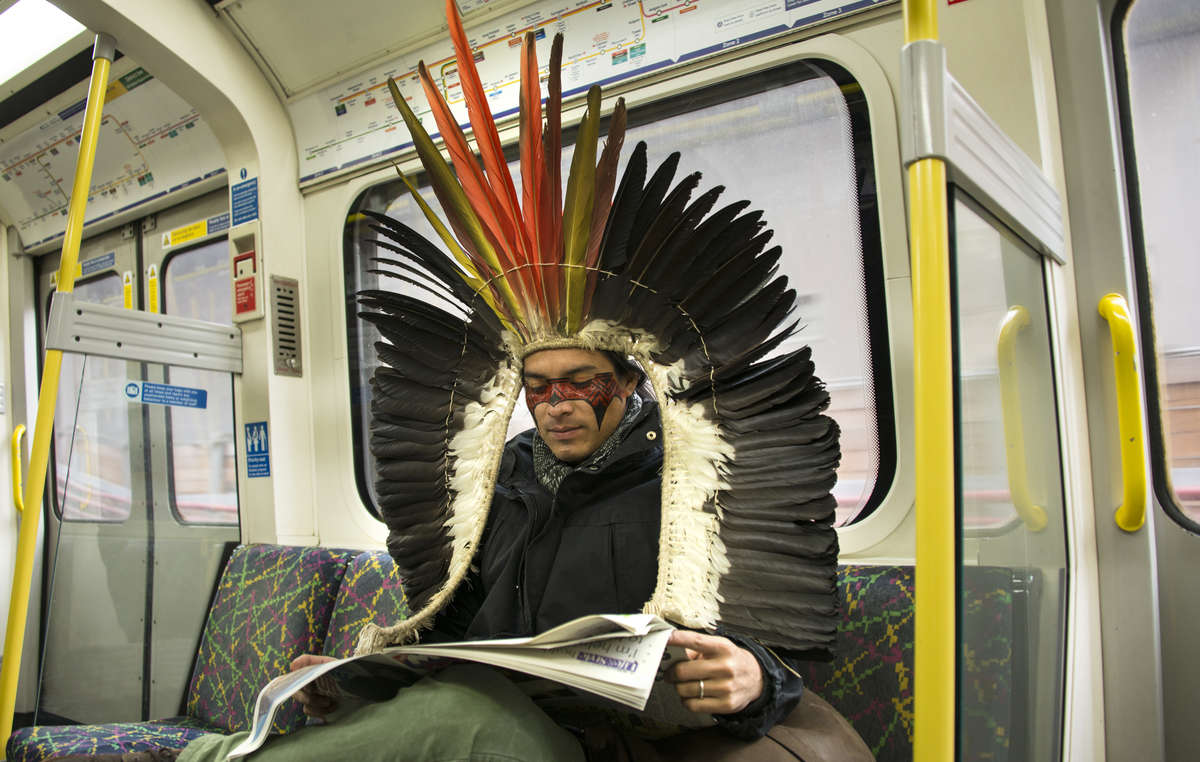 Nixiwaka is raising awareness of the threats to Brazilian tribes ahead of the FIFA World Cup 2014. © Helen Saunders/Survival

Stephen Corry, Director of Survival, said, ‘Nixiwaka’s worldviews are representative of many tribes not only in Brazil but the world over who have been brutally oppressed – and even driven to extinction – by material greed, racist policies and the march of so-called ‘progress’.

‘With all eyes on Brazil in 2014 it is essential to remember that Brazil’s economic advancement comes at a price; one that has involved the lands and lives of Indians for centuries. Real ‘progress’ actually starts with recognising the diversity of tribal peoples and respecting their human rights’.

- Nixiwaka Yawanawá is available for interview
- A proposed constitutional amendment would give Brazil’s Congress – heavily influenced by the anti-indigenous farming lobby – the power to participate in the demarcation of indigenous lands.
- High-res photographs of Nixiwaka in London are available to download here: 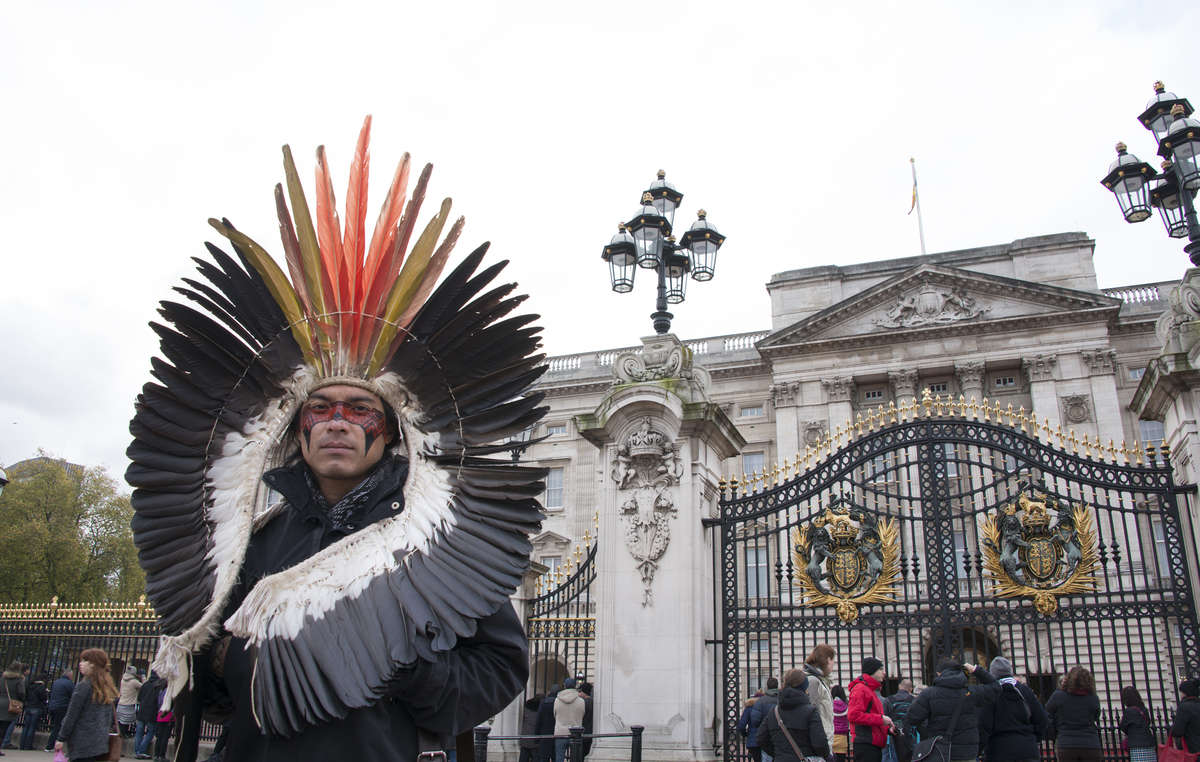 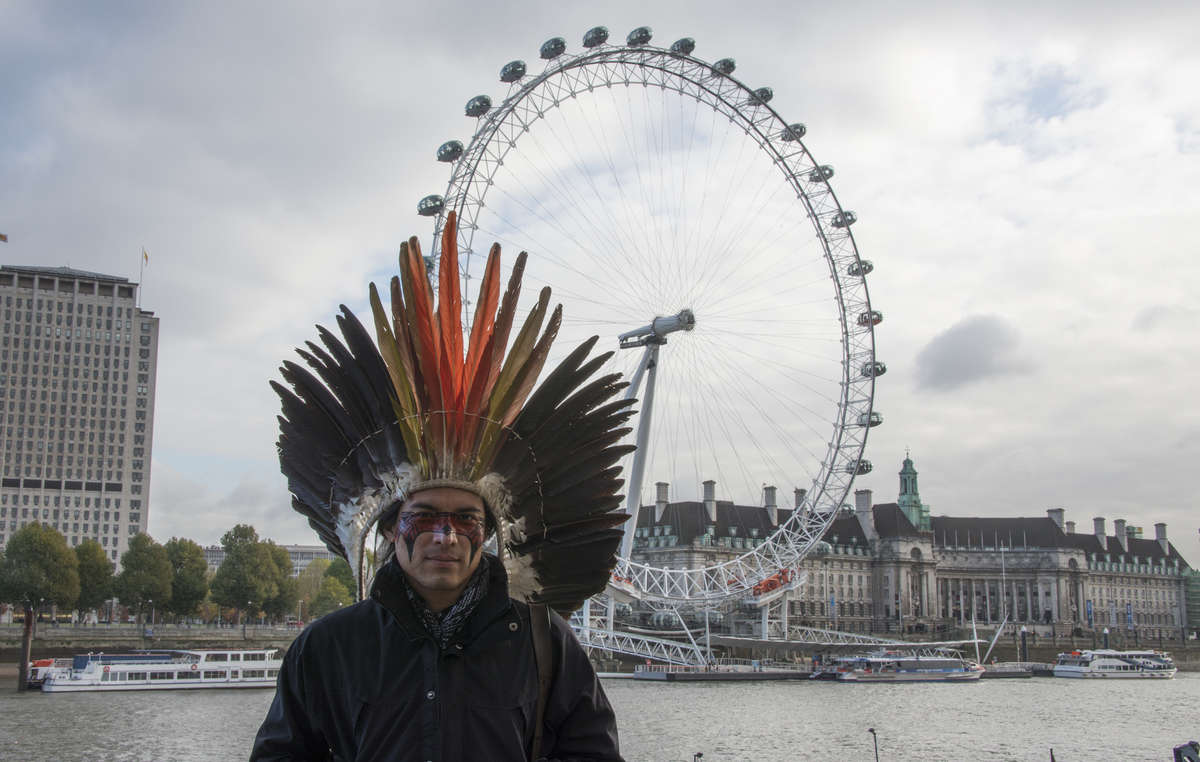 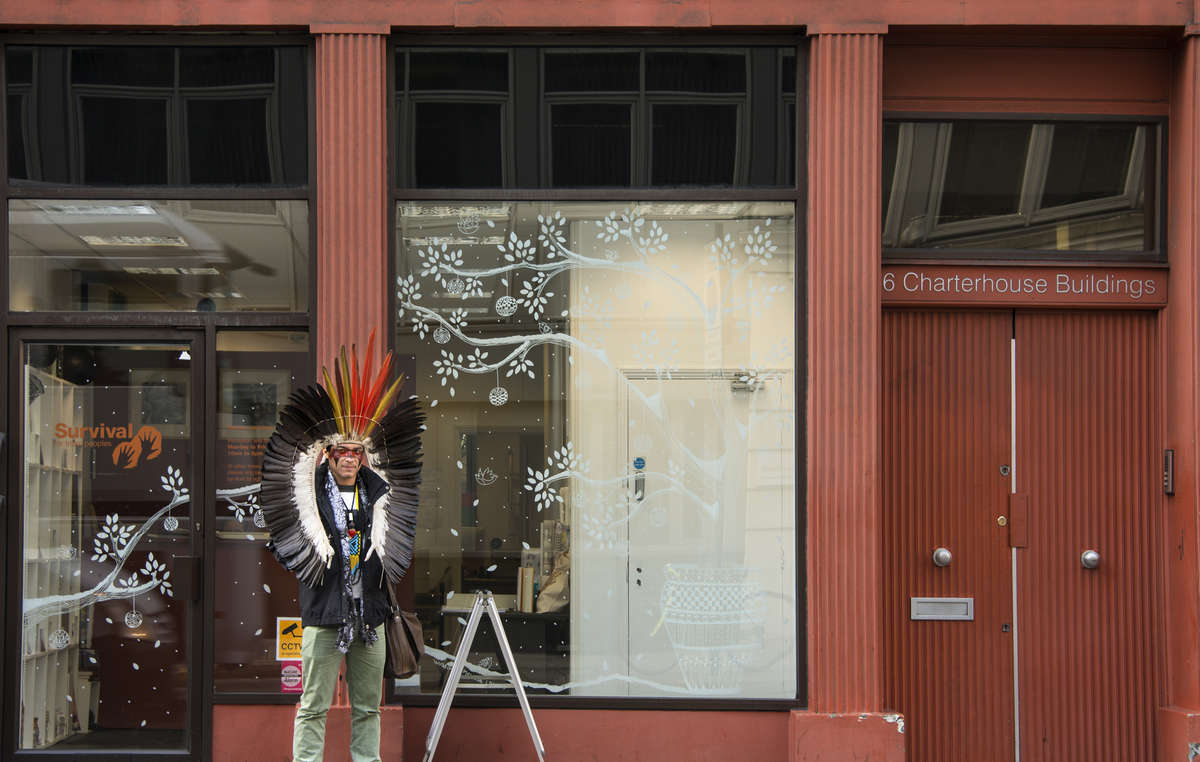 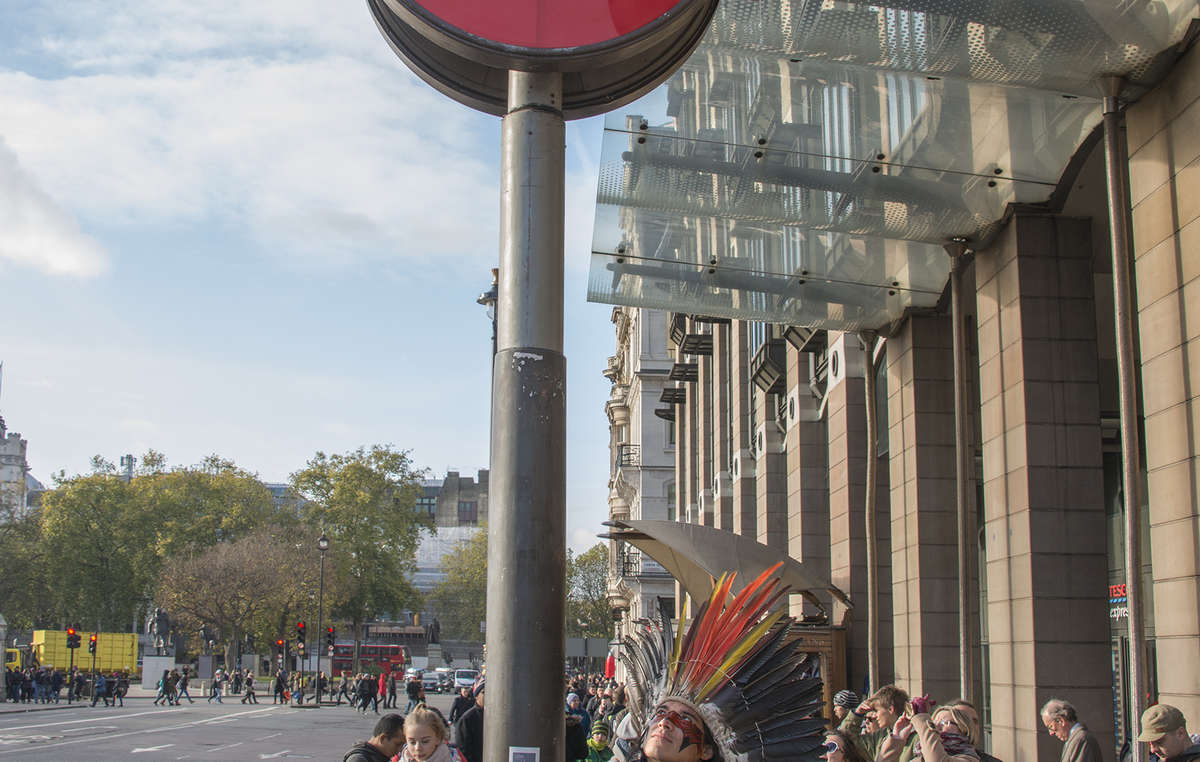 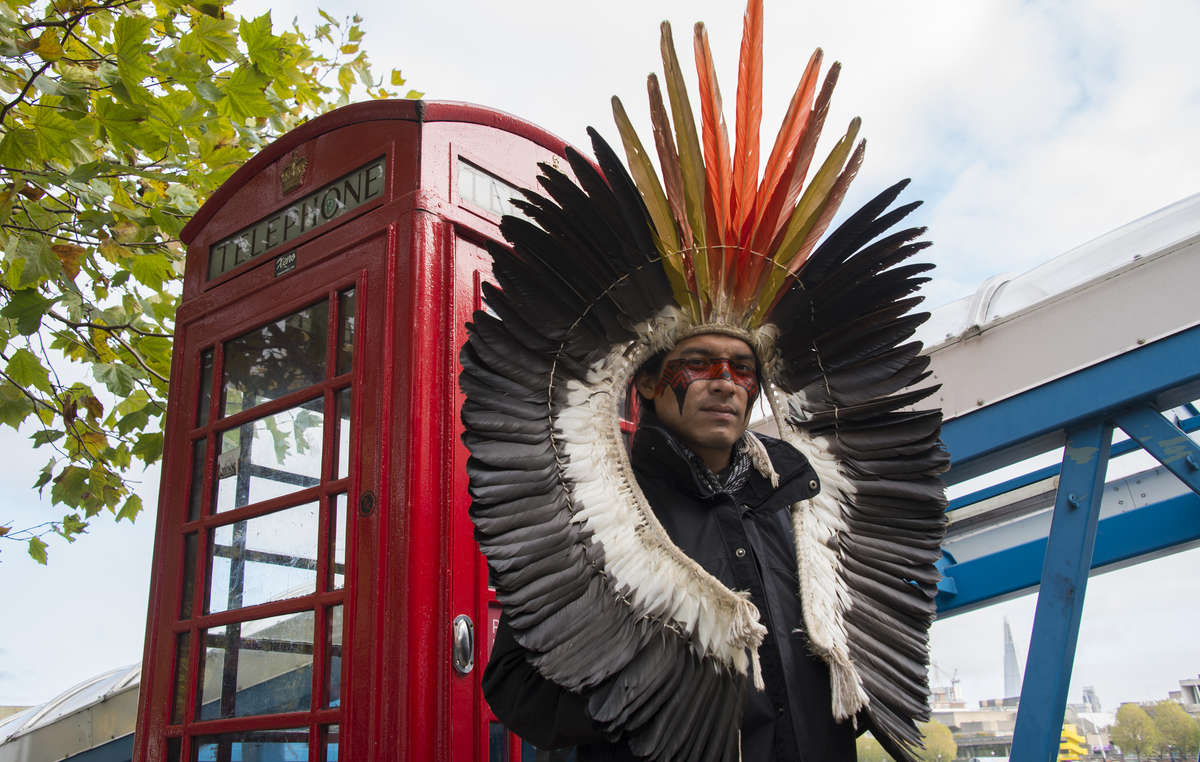