The two largest tribes, the 350,000-strong Chakma and the Marma, are both Buddhist, while other tribes are Hindu, Christian or practice their own religions.

The Hill Tracts are rugged and steep, making it difficult to grow food.

To make best use of the land, the Jumma tribes practise a form of ‘shifting cultivation’, growing food in small parts of their territory, before moving on to another area and allowing the land to recover.

This is known locally as ‘Jhum’ cultivating, the origin of the term ‘Jumma’. The Mru people live further away from the other Jumma peoples, on the hill-tops. They generally live in houses built on tall stilts.

The Bangladesh government has long seen the Chittagong Hill Tracts as empty land onto which it can move poor Bengali settlers, with scant regard for the area’s Jumma inhabitants.

In the last 65 years, the Jummas have gone from being practically the sole inhabitants of the Hill Tracts to now being outnumbered by settlers.

As well as being displaced by the settlers, who are given the best land, the Jummas have long faced violent repression from the Bangladesh military.

Ever since Bangladesh gained independence in 1971, the Jummas have experienced waves of murder, torture and rape, and had their villages burnt down in a genocidal campaign against them.

A Jumma political party, the Jana Samhati Samiti, with a military wing, was formed in response to these attacks.

In 1997, the Jummas signed a peace deal with the government which put an end to some of the worst atrocities.

However, many years after the signing of the peace deal, arrests and intimidation of activists, rape of Jumma women and other human rights abuses remain rife.

Land continues to be stolen from the Jumma tribal people by both the army, and by settlers who are supported by the government.

What can I do?

Survival has been working with the Jumma peoples for many years, protesting against violations of the Jumma’s rights and the violent repression they experience. Survival’s work put pressure on the Bangladesh government, helping to push them into signing the peace deal in 1997.

A Jumma spokesman told Survival that:

‘Only because of your efforts we have a ray of hope for our survival. You have brought about a sea change in the situation, now we have a hope for survival and a chance to reclaim our traditional homeland.’

However, the Jummas’ problems are not yet over, and Survival continues to work with the Jummas, calling for the return of the land stolen from them, an end to military occupation of the Chittagong Hill Tracts, and some autonomy for the Jumma peoples, so that they can regain control over their land and future.

Two sisters from the Indigenous Marma tribe of the CHT, Bangladesh, held after being raped and sexually assaulted by soldiers 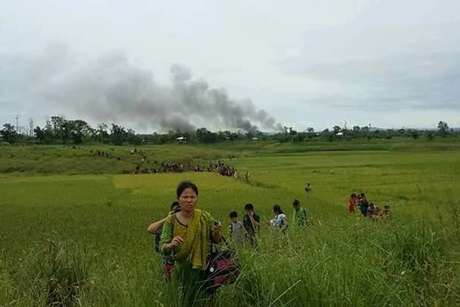 Suffering of Jumma tribes continues 20 years after peace accord

Bangladesh: Hundreds of Jumma houses torched by settlers – as army and police stand by 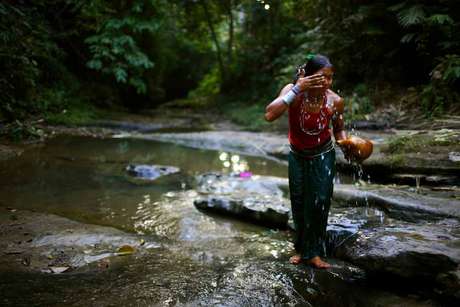 Jummas banned from speaking to foreigners without ‘supervison’

Outrage as Jummas banned from speaking to foreigners except in the presence of a soldier or government official.

Jumma women and girls from the Chittagong Hill Tracts in Bangladesh are being raped with impunity, activists have warned.