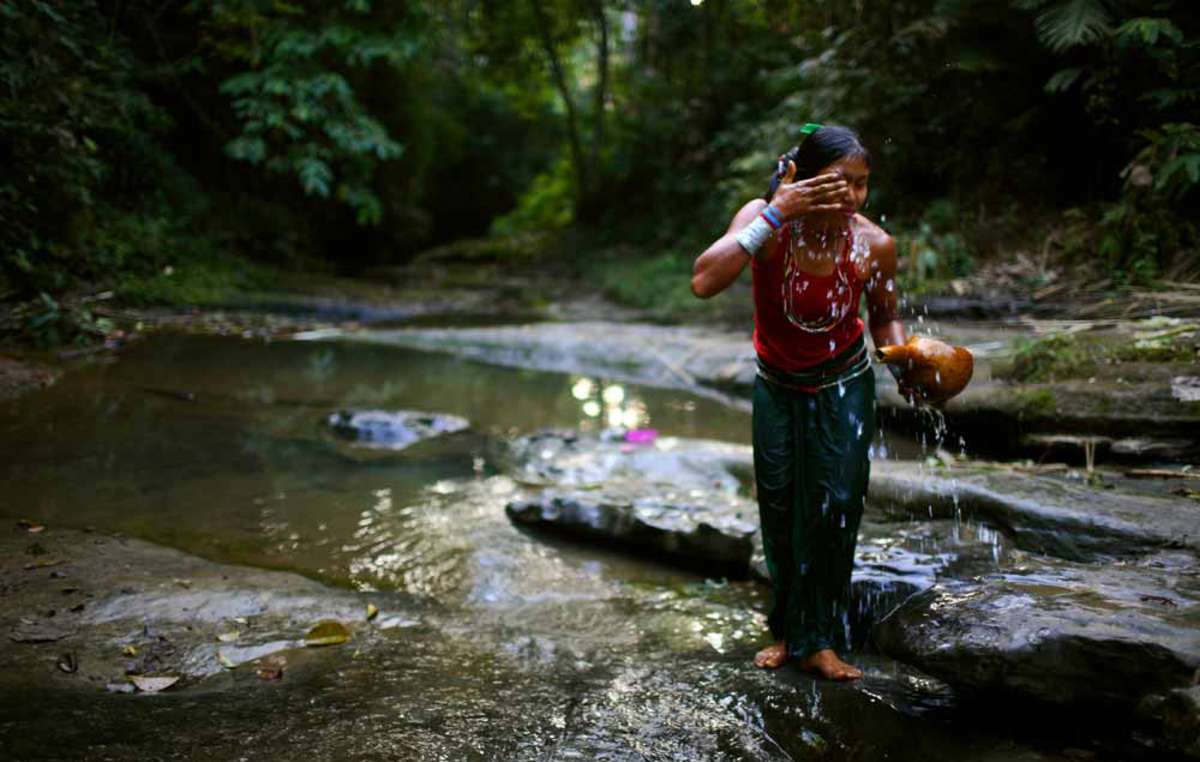 Jumma women and girls are often attacked when they are alone in the forest, or when they go to the river to collect water or bathe. © GMB Akash/Survival

The Bangladeshi government has sparked outrage by ordering that Jumma tribal people cannot speak to foreigners, or Bangladesh citizens from outside the Chittagong Hill Tracts (CHT), except in the presence of a soldier or government official. The restriction does not apply to Bengalis – the non-Indigenous residents of the CHT.

The CHT, in southeastern Bangladesh, are home to eleven tribes, known collectively as Jummas. Land disputes between Bangladesh’s Indigenous Jummas and hundreds of thousands of settlers brought to the region by the government are commonplace, often resulting in violence against the Jummas.

The Home Ministry has also imposed strict restrictions on foreigners getting permission to enter the CHT. They will only be allowed to visit after submitting their applications a month in advance, and if they receive the go-ahead from the intelligence agencies.

The order effectively gags Jummas from speaking to outsiders about the theft of their land and the violence meted out against them. It has sparked outrage in the Hill Tracts where it has been described as racist and discriminatory.

Survival International has condemned this silencing of the Jumma people and is calling on the government of Bangladesh to cancel the directive immediately.

Despite the signing of a Peace Accord between Jummas and the Bangladesh government in 1997, human rights violations against the Jumma peoples continue to be rife.

Attacks against Jumma women and girls are a growing problem. In the first few weeks of 2015 there have been at least three reported cases of rape, including the rape of an eight-year old Jumma girl from the Marma tribe, and four reported attempted rapes.

Jumma women and girls continue to be raped and sexually assaulted with impunity in the CHT, despite numerous military checkposts, which are supposed to bring security to the area. The majority of attacks against Jummas and incidents of sexual violence take place close to, and often in sight of, the checkposts.