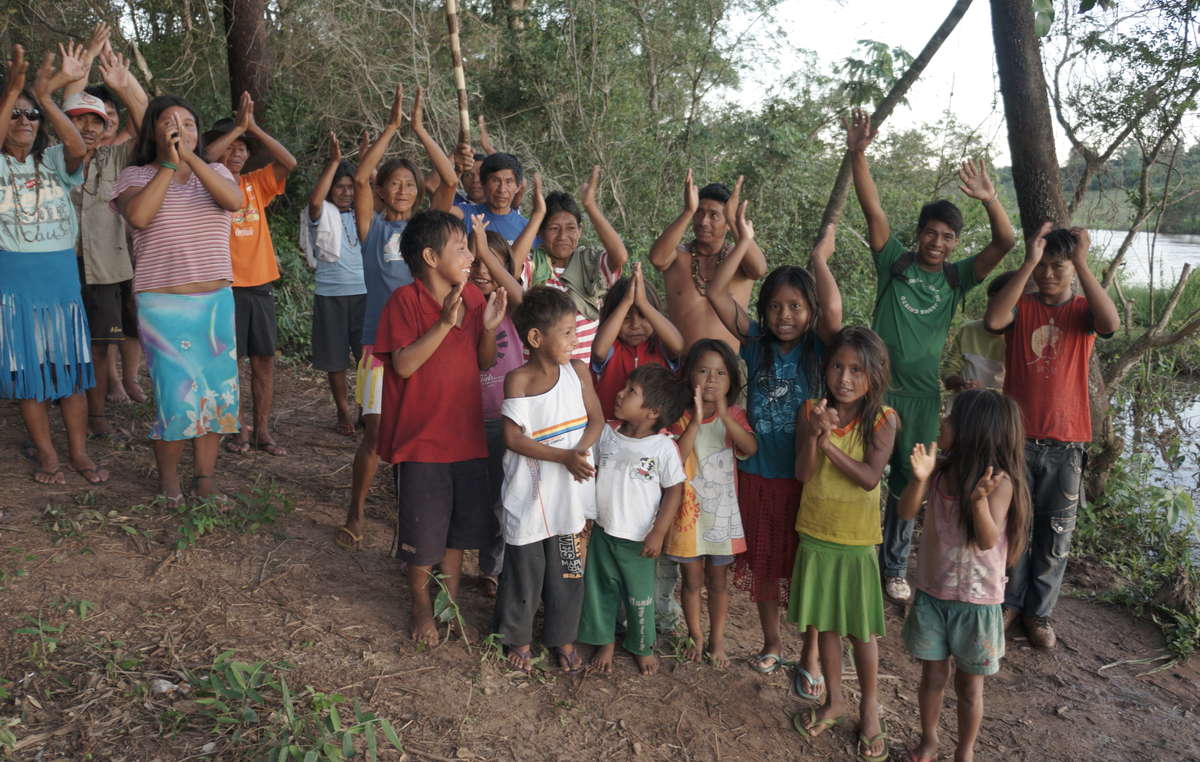 The Guarani of Pyelito Kuê community have returned to part of their ancestral land, forcing out a rancher. © Survival

A Guarani community in Brazil has managed to return to a small part of its ancestral land, forcing out the rancher who had taken over their land and blockaded their houses.

Around 200 Guarani are currently living on this part of their territory for the first time since it was stolen to make way for vast soya plantations. The Indians were dumped in appalling conditions in overcrowded reserves, and later on a tiny plot of land, trapped between a river and a sea of soya. Their plight had been labelled a ‘silent genocide’ by journalists.

One Guarani man of Pyelito Kuê told Survival, ’We are very happy. We have been fighting for our land, because it is ours. My grandfather is buried here. We have been threatened by the ranchers but we are not giving up; we will stay strong because we need this land.’

Early last year, the Guarani celebrated a breakthrough moment when the government recognized this territory as Guarani land, and moved forward with its protection as an indigenous territory.

The Guarani had previously been living trapped on an ‘island’, between a river and a sea of soya. © MPF/Survival

The Guarani have reported that they are living much healthier lives since their return to this land, but that ranchers’ gunmen are continuing to threaten them, firing shots in their direction. The Indians have suffered a series of brutal attacks in recent years.

Brazil is legally obliged to map out all Guarani land but severe delays in this process have forced the Indians to endure malnutrition, alcoholism, violence, assassinations, and the highest suicide rate in the world.

The Indians and Survival are calling for Pyelito Kuê territory to be fully demarcated for the community’s exclusive use.

Survival has launched a new campaign, ‘The Dark Side of Brazil’, to highlight the plight of the Guarani and other persecuted tribes in the run-up to the 2014 FIFA World Cup.