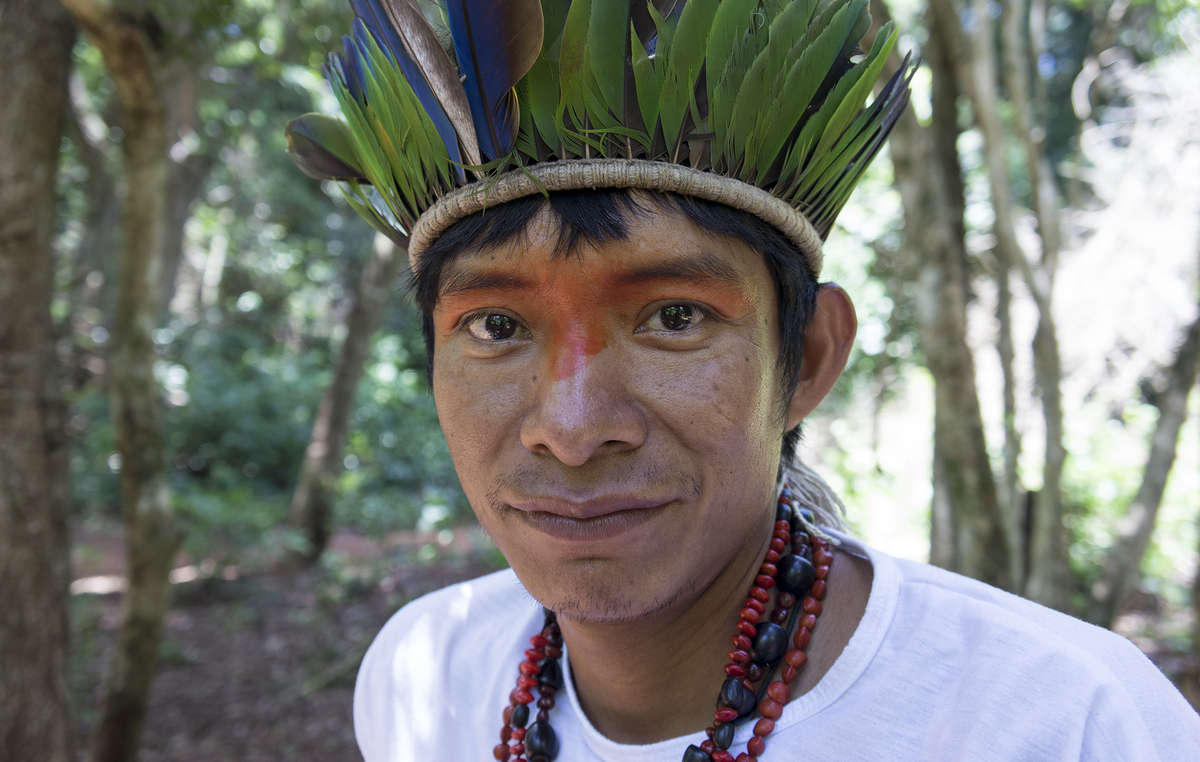 Valmir Guarani was kidnapped, tied to a tree in a forest, blindfolded, and tortured. © Sarah Shenker/Survival

A young Brazilian Indian leader was assaulted on Monday by four armed men, despite being under the care of a government protection program since he witnessed the murder of his father-in-law.

Valmir Guarani Kaiowá, of the Guarani tribe, was kidnapped, tied to a tree in a forest, blindfolded, and tortured. He managed to escape and said, “They tied me up and told me that I was going to die and that no one would ever find me. They put a bitter liquid in my mouth and told me to swallow it. Then, they fired several shots by my ears and I couldn’t hear any more… then they left in their car.”

Valmir’s late father-in-law, Nísio Gomes, was killed by masked gunmen in 2011, having led his community back to part of their ancestral land which had been stolen from the Indians and occupied by a cattle ranch.

In 2012, 18 men were arrested in connection with the murder, including the owner of a ‘private militia’ security firm which has since been closed down. Some of the men are believed to have been released.

Valmir is a key witness, and continues to push for the murder investigation to be completed and for the land to be returned to his tribe.

He told a Survival researcher last year, “Nísio told me to be strong and fight for our land. All we need is for it to be protected for us.”

In the run up to the FIFA World Cup, Survival is highlighting ‘The Dark Side of Brazil’. Find out more about the situation of Brazilian Indians and the government’s attacks on their rights to their land: www.survivalinternational.org/worldcup