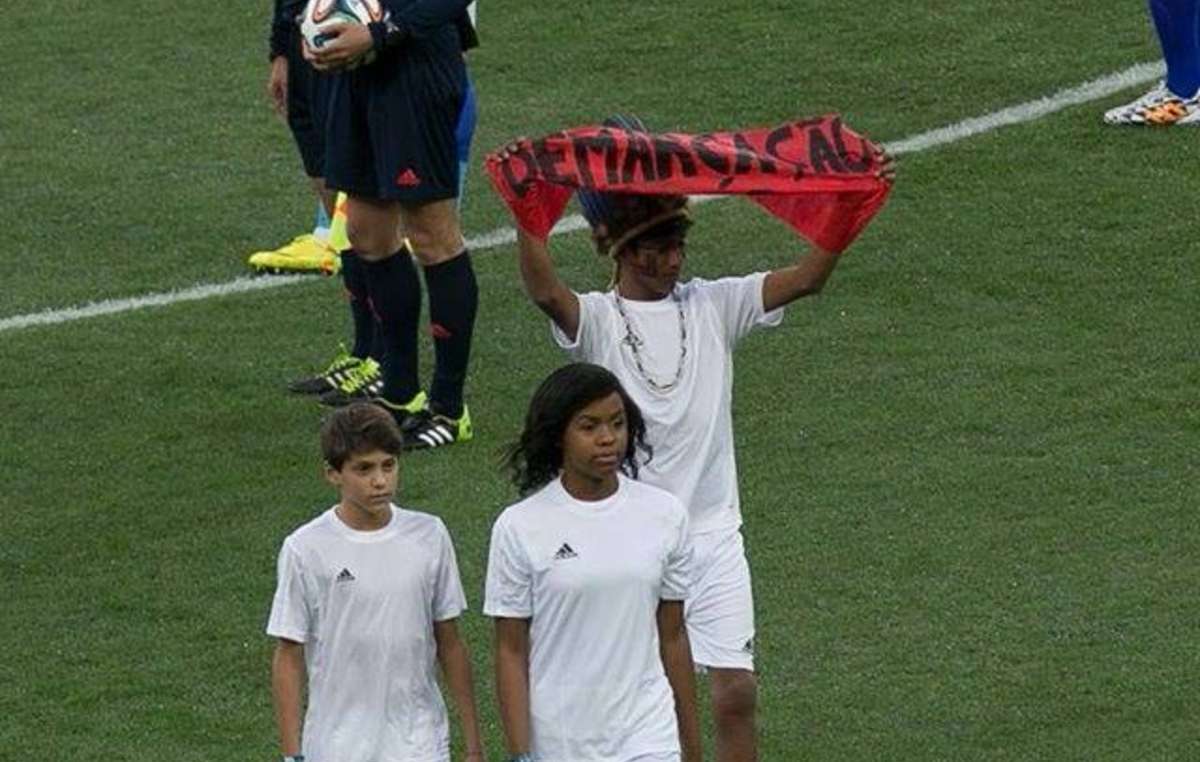 One of the three Brazilian children who released white doves during the World Cup opening ceremony used the occasion to demand recognition of Indian land rights – but his protest was censored by FIFA.

Immediately after releasing a white dove, Jeguaká Mirim, an Indigenous Guarani boy, held up a red banner reading ‘Demarcation Now!’ But his courageous protest was not broadcast, as the TV cameras swiftly cut away.

Jeguaká’s father, Guarani author Olívio Jekupe, said that the act “showed the world that we are not standing still… My son showed the world what we need the most: the demarcation of our lands.”

The Guarani are Brazil’s most numerous tribe and they live in five states. Much of their land has been stolen from them and is being used for cattle ranching and sugar cane production, whilst many Guarani are forced to live in overcrowded reserves or in roadside camps where malnutrition and disease are rife. Some, like Jeguaká’s community known as Krukutu, live near urban areas like São Paulo on almost no land.

As a result of the loss of their land, the Guarani-Kaiowá of Mato Grosso do Sul state suffer the highest suicide rate in the world, and their leaders are targeted and killed when they attempt to reoccupy patches of their ancestral land.

The Guarani, Survival International and other organizations are calling on the Brazilian government to uphold its own constitution and international law, and map out the Guarani’s land for their exclusive use.

Coca-Cola, one of the World Cup’s main sponsors, has recently become embroiled in the Guarani land scandal by buying sugar from US food giant Bunge, which sources sugar cane from their ancestral land. The Guarani are urging Coca-Cola to respect their rights and stop this purchase immediately. 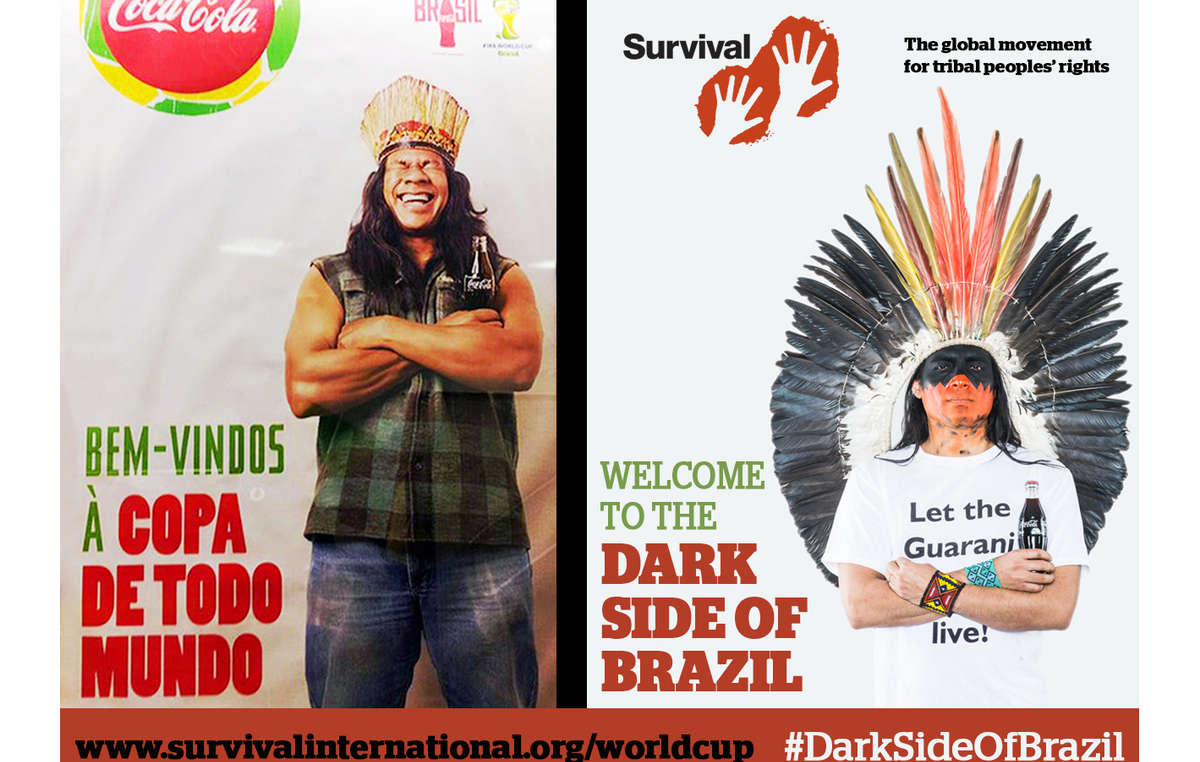 Coca-Cola and FIFA’s image has been contrasted with an angry Indian man demanding, ‘Let the Guarani live!’ © Survival International

To highlight the deep irony of Coca-Cola and FIFA promoting the World Cup with an image of a happy Indian man with the words ‘Welcome to the World Cup for Everyone’, Survival has created a spoof ad featuring Nixiwaka, a Yawanawa Indian welcoming the viewer to ‘The Dark Side of Brazil’ and demanding ‘Let the Guarani live!’.

See Survival’s website on the ‘Dark Side of Brazil’ for more examples of Brazil’s assault on Indigenous rights.