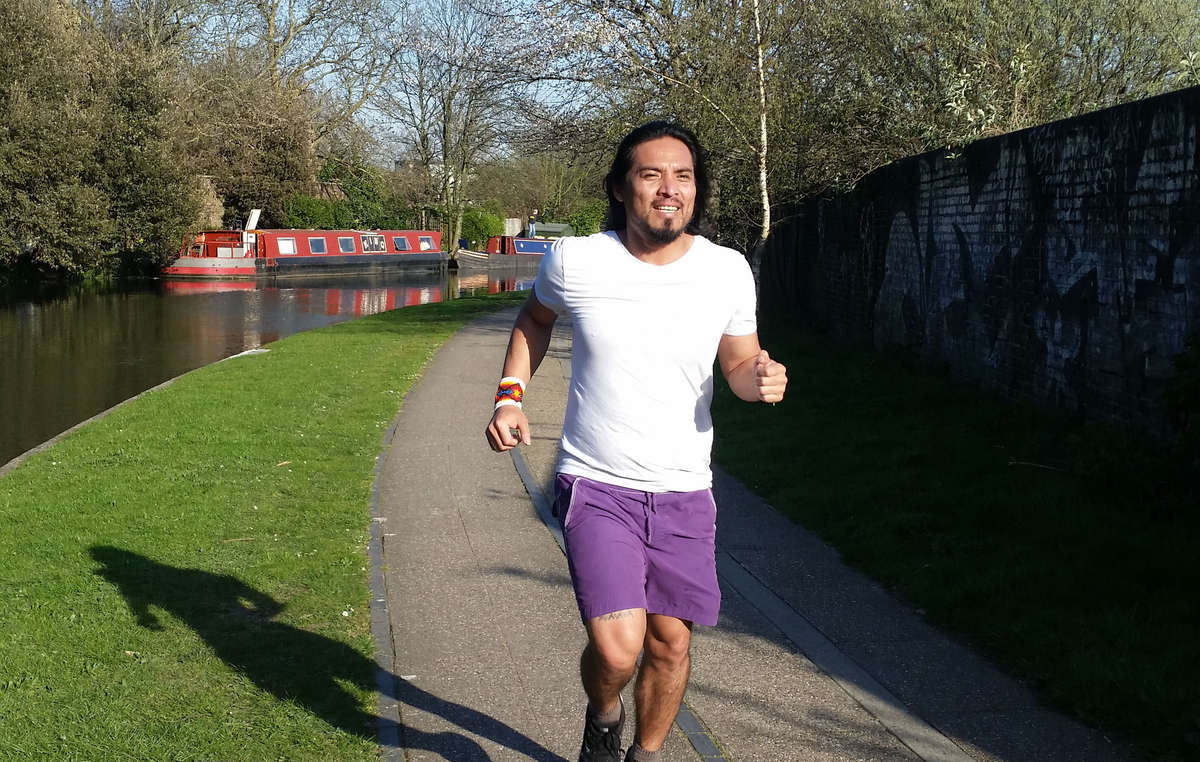 Nixiwaka Yawanawá will be the first Amazon Indian to run the London Marathon on Sunday, April 26, 2015.

Nixiwaka is raising vital funds for Survival International – the global movement for tribal peoples’ rights – together with Survival’s co-founder and President Robin Hanbury-Tenison, who is running the marathon as one of eight challenges to mark his 80th year.

Nixiwaka – from the Yawanawá tribe (“The People of the Wild Boar”) in Brazil’s Acre state – has been working with Survival in the U.K. to speak out for tribal peoples’ rights.

During his time with Survival, Nixiwaka led protests against Brazil’s assault on Indigenous rights, as well as the "false and damaging" portrayal of tribal peoples by photographer Jimmy Nelson. Nixiwaka visited numerous schools across the UK to raise awareness of the Amazon and its peoples. 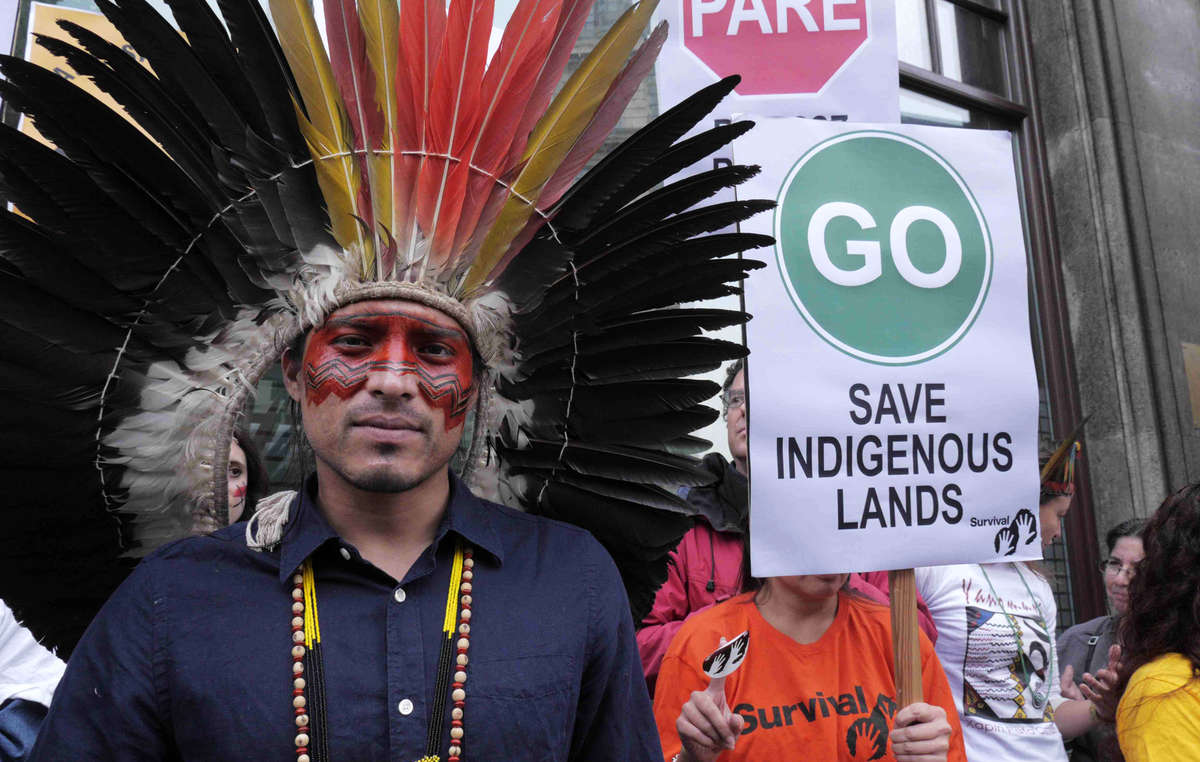 Wearing his traditional headdress and facial decoration, Nixiwaka led a protest against Brazil’s assault on Indigenous rights in London in October 2013. © Survival International

Nixiwaka spent much of his childhood in Kaxinawa, the most sacred part of the Yawanawá’s lands. He studied in the small town of Tarauaca until the age of 10, before returning to the village of his tribe.

Nixiwaka said, "We, the Yawanawá, have lived on our land for centuries and our way of life developed from our ancestors. We live close to nature. We get our food, housing, medicine, and virtually everything we need from our rainforest. Our spiritual leaders are known as ‘doctors of the rainforest.’ They know the powers of our medicinal herbs and plants – from tree bark to frog saliva, we hold the answers for cures and poisons alike.

“The forest is a magical place.  But when we see harm come to the rainforest, it is as if a part of our own body has been hurt. It feels like an illness that rises up in us and needs to be cured.”

Acre state is home to about a dozen tribes. At least four are uncontacted – the most vulnerable societies on the planet. Their lands are threatened by roads, oil and gas extraction projects.