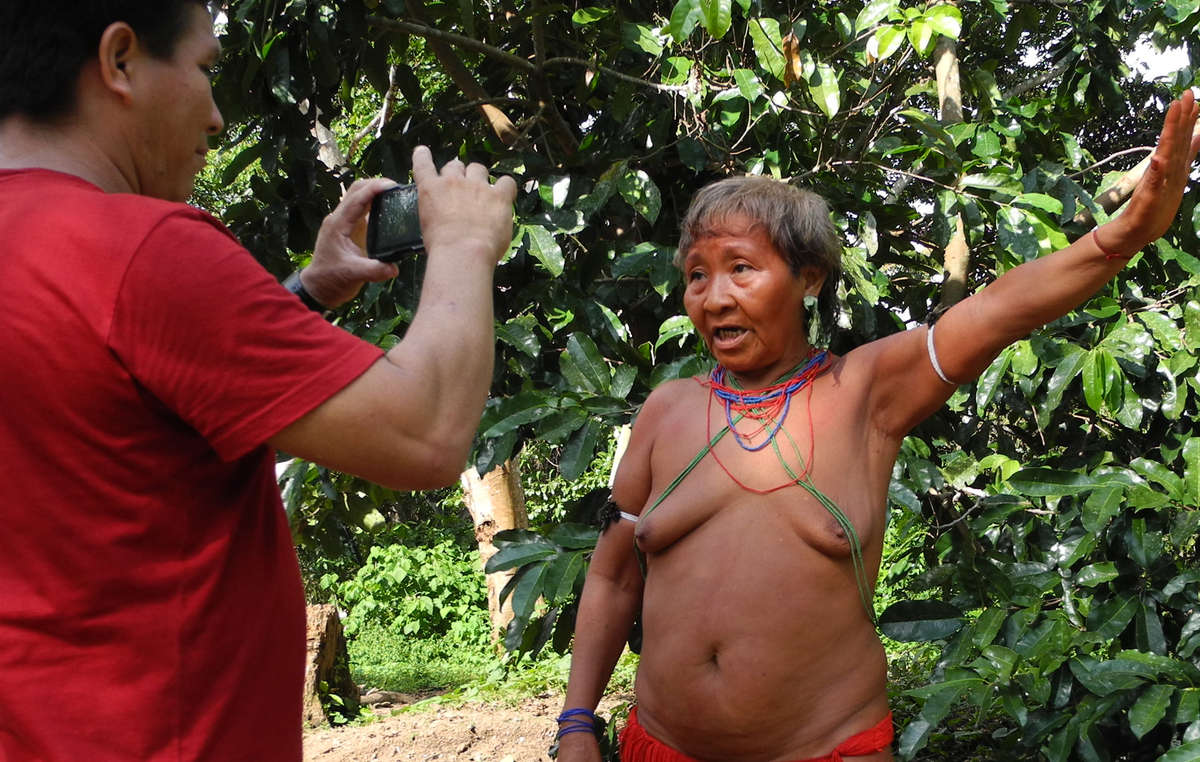 ’We’ll be able to communicate with people who live far away.’ Mariazinha Yanomami, recording the first-ever message for Tribal Voice. © Survival International, 2015

Survival International, the global movement for tribal peoples’ rights, has launched a unique project to bring the latest communications technology to some of the world’s most remote tribal communities.

The "Tribal Voice" project is the first of its kind and allows tribal communities without internet access to send video messages about their lives and their struggle to survive to a global audience in real time.

So far, the project has been adopted by the Guarani and the Yanomami Indians in Brazil.

Mariazinha, from the Yanomami community of Rokoari, said in the first-ever Tribal Voice video, “Today the communications equipment arrived and I am very happy … If we see illegal goldminers on our land, or if outsiders try to kill us, I will be able to let everybody know … We’ll be able to communicate with people who live far away.”

The Yanomami are the largest relatively isolated tribe in South America. Their lands and lives are being threatened by illegal goldminers who pollute their streams and bring diseases to which the tribe has developed little immunity.

One Guarani leader told Survival, “We’ve been saying for years that we need to be able to communicate with people in Brazil and around the world. This project is just what we’ve been waiting for.” 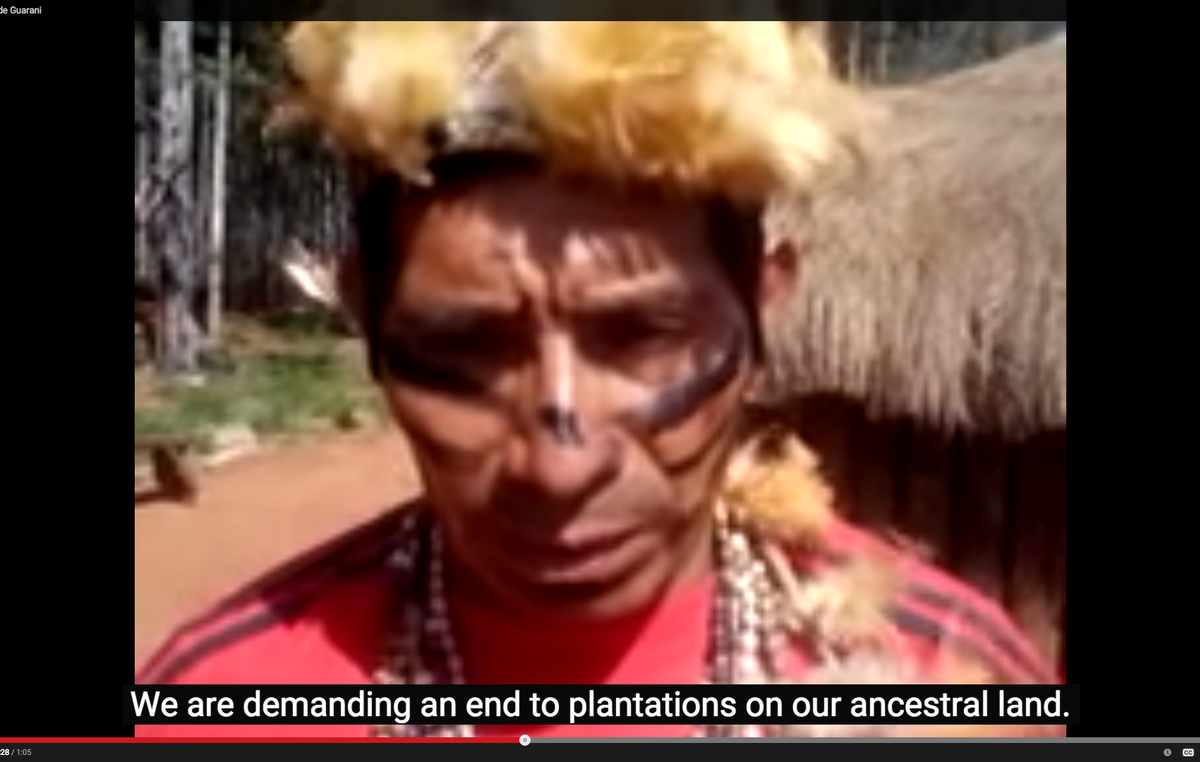 The Guarani are one of the first tribes to be involved in the Tribal Voice project, and have sent several strong messages to the world. © Survival International, 2015

The Guarani in south-western Brazil have lost most of their lands to cattle ranches and sugar cane plantations. Their leaders are targeted and assassinated and their communities attacked by gunmen hired by ranchers. Only recently, a Guarani community was set ablaze by attackers after the tribe reoccupied parts of their ancestral land.

The Tribal Voice project aims to give tribal peoples a voice in the face of governments and multinationals who are trying to silence them, and will allow tribes to share their views on their environments, ways of life and visions for their futures. 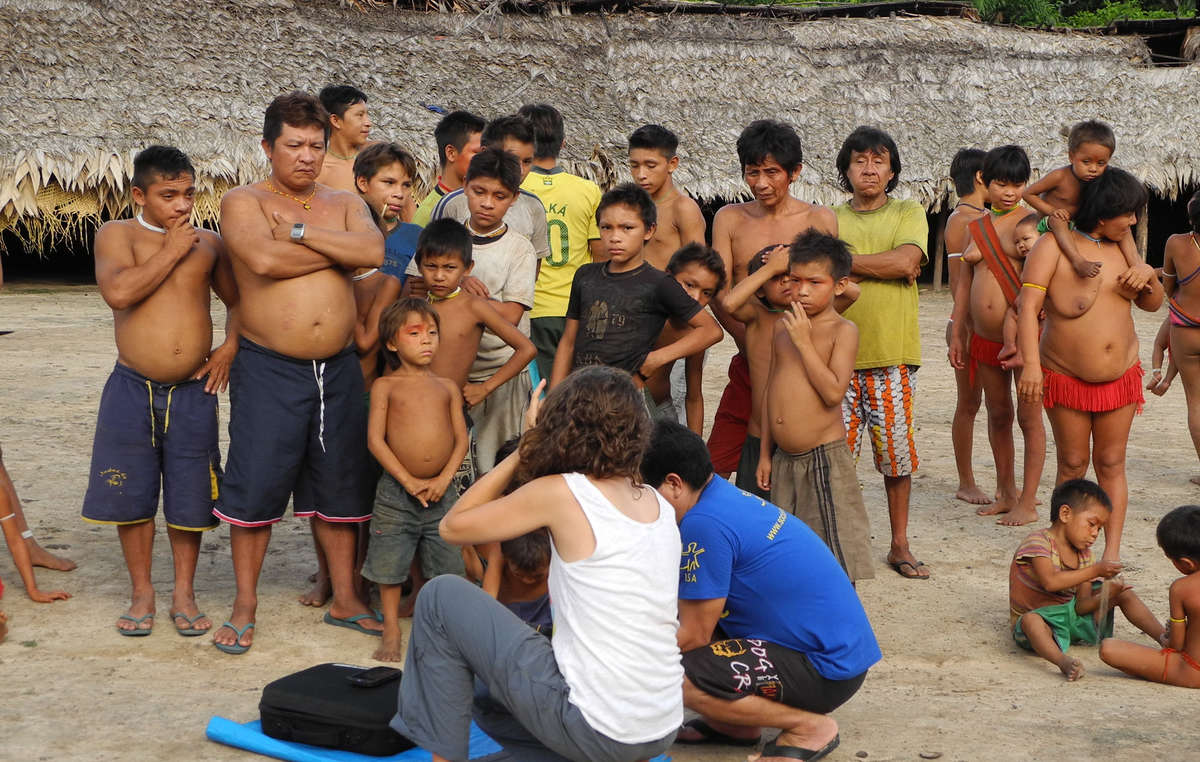 The Yanomami were trained in the use of the latest communications technology to send their messages to the world. © Survival International, 2015

Survival’s Director Stephen Corry said today, “Tribal peoples are just like us. They, too, are concerned about their quality of life and their children’s futures. Their understanding of the world is as astute as anyone’s and they have perceptive things to say about almost every aspect of life today. That’s why we’re giving tribes communications technology so they can speak to the world in real time.”

Visit TribalVoice for more videos and information about the project.