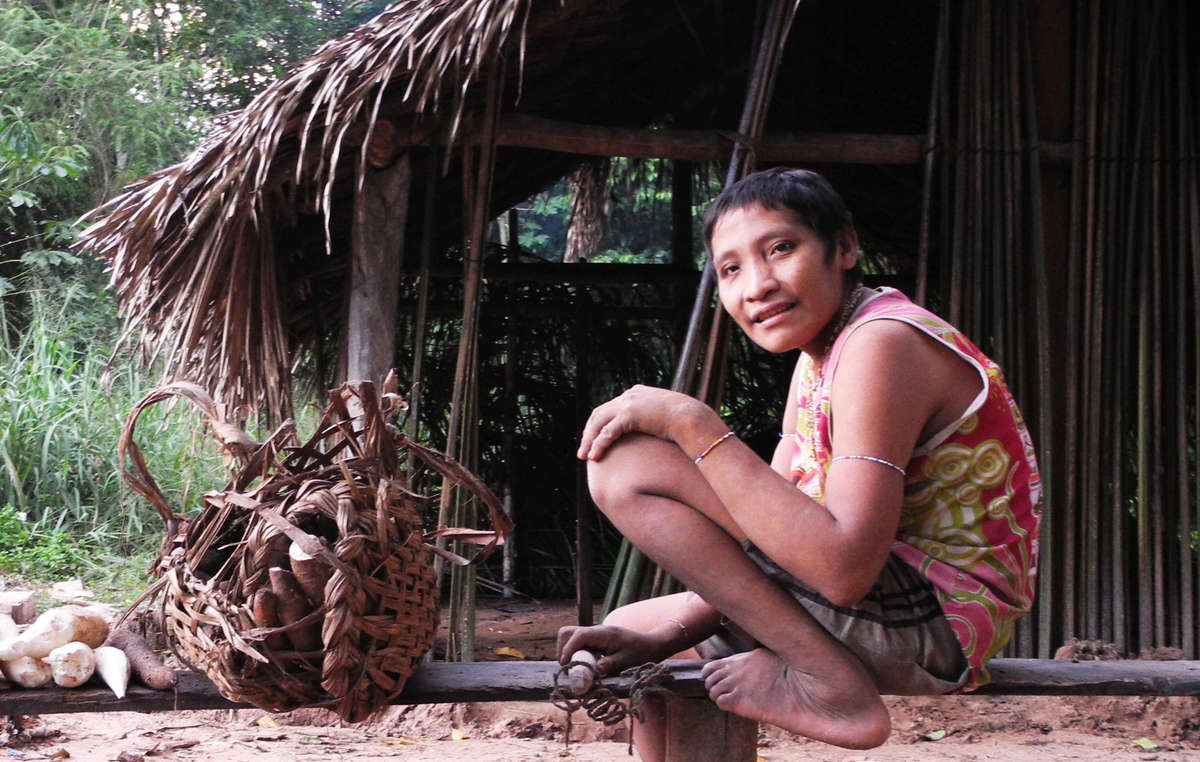 Irahoa Awá and his family were forced out of their forest home after being surrounded by loggers. © Survival International 2015

Ahead of U.N. Day of the World’s Indigenous Peoples on Sunday, August 9, Survival International, the global movement for tribal peoples’ rights, has released a unique video of one of the world’s most recently contacted Indians.

Irahoa Awá, his mother Jakarewyj and his aunt Amakaria were forced out of their forest home in the Brazilian Amazon rainforest after being “surrounded by loggers.” In a touching video interview with Survival, Irahoa recounts how he used to hunt alone as the only man in his group, and how he was forced to flee from the loggers in their forest.

Irahoa said, “I saw strange people in the forest, and I heard them making lots of noise! I had to run away from them as they were in my forest. I was scared of them! I had to escape. I ran and I ran and that’s how I ended up here.”

Around 100 Awá are uncontacted, making them one of the most vulnerable societies on the planet. They could be wiped out by violence from outsiders who steal their land and resources, and by disease like flu and measles to which they have no resistance.

The story of Irahoa’s family serves as a stark reminder of the dangers of first contact. Shortly after contact, Irahoa’s mother and aunt fell critically ill with tuberculosis, despite medical teams being on hand. According to Irahoa and settled Awá, the other members of their group had previously died in the forest of introduced diseases such as flu.

While the Brazilian government launched a major operation to evict illegal loggers, settlers and ranchers from the Awá’s central territory, other territories continue to be invaded and destroyed. Survival is calling on the Brazilian government to evict the invaders from these territories to ensure the survival of one of the world’s most threatened uncontacted tribes.

Survival has condemned recent calls by U.S. anthropologists Kim Hill and Robert Walker to forcibly contact uncontacted tribes. The choice of whether to make contact or not must lie with the tribespeople themselves.

Survival’s Director Stephen Corry wrote in U.S. journal Truthout that the key to stopping the annihilation of tribal peoples in South America is protecting their land rights.

Stephen Corry said today, “Indigenous rights have moved on since 50 years ago, when ranchers could get away with a court plea that they had no idea it was wrong to kill Indigenous people. On U.N. Indigenous Day let’s remember the most important thing: it is illegal for anything to take place on tribal land without the consent of the Indigenous owners. Any incursion onto the land of uncontacted tribes obviously violates this.”