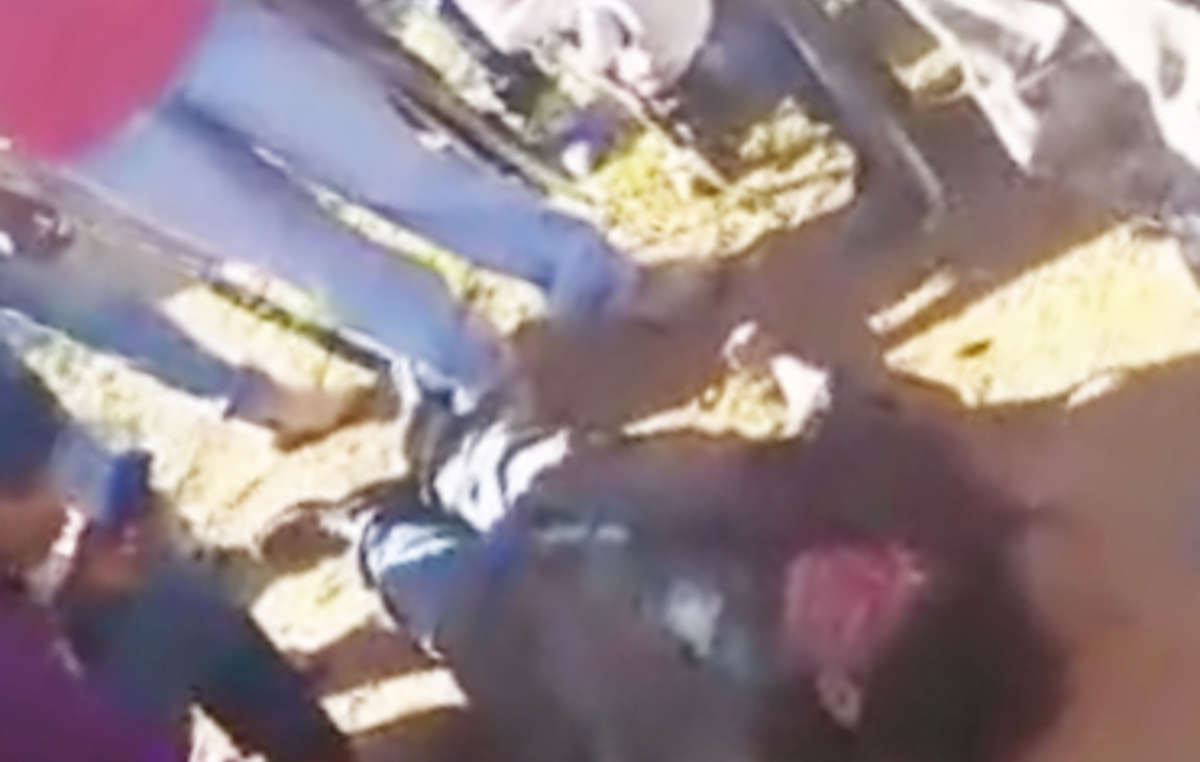 Guarani man Semião Vilhalva was murdered by ranchers’ gunmen after his community reoccupied parts of their ancestral land. © Local media

A Guarani Indian leader has been shot dead in west-central Brazil, one week after his community reoccupied part of their ancestral land. The community had warned that they could be killed, after being surrounded by gunmen.

Semião Vilhalva was killed on Saturday during an attack on Nanderu Marangatu community, by gunmen hired by ranchers – and reportedly in the presence of government agents.

A one-year-old baby was struck in the head by a baton round, and others are reported to be injured.

The community’s ancestral land is now occupied by a ranch owned by Roseli Silva, leader of a ranchers’ union which encourages violence to keep the Indians off their land.

The Guarani alleged that Saturday’s attack was coordinated by Silva, following a meeting in which ranchers and politicians discussed how to tackle the Guarani reoccupation.

The Guarani association Aty Guasu said, “These ranchers and politicians are encouraging hatred, violence and the killing of Guarani people. They are cruel and must be punished!”

Much of the Guarani tribe’s land was stolen from the Indians decades ago. Brazil’s constitution required the government to map out all Indigenous territory and return it for their exclusive use by 1993, but the majority of the Guarani’s land remains in the hands of the ranchers.

Many Guarani are forced to live in overcrowded reserves or in makeshift camps on the roadside following the theft of their land. © Paul Patrick Borhaug/Survival

Most Guarani are forced to live in overcrowded reserves or roadside camps where malnutrition, disease and suicide are rocketing.

Last month, the United Nations demanded urgent action for the Guarani, amidst the ranchers’ “campaign to spread psychological terror,” but the Brazilian authorities failed to provide the necessary protection.

The ranchers are attempting to prevent the Guarani from burying Semião on their ancestral land. The Indians are demanding protection from the state to bury him and to prevent further deaths.

Survival’s Director Stephen Corry said today, “What’s particularly harrowing about this murder is that the Guarani knew their reoccupation was likely to end in death. But despite the ranchers’ promise of bloodshed, despite the many killings that have gone before, Semião’s community were undeterred. Why? Because the land they’re reoccupying belongs to them. Brazil recognized this years ago, but is too beholden to lobbyists to uphold its pledge to return the land. Until it makes good on its promise, more innocent lives will be lost.”