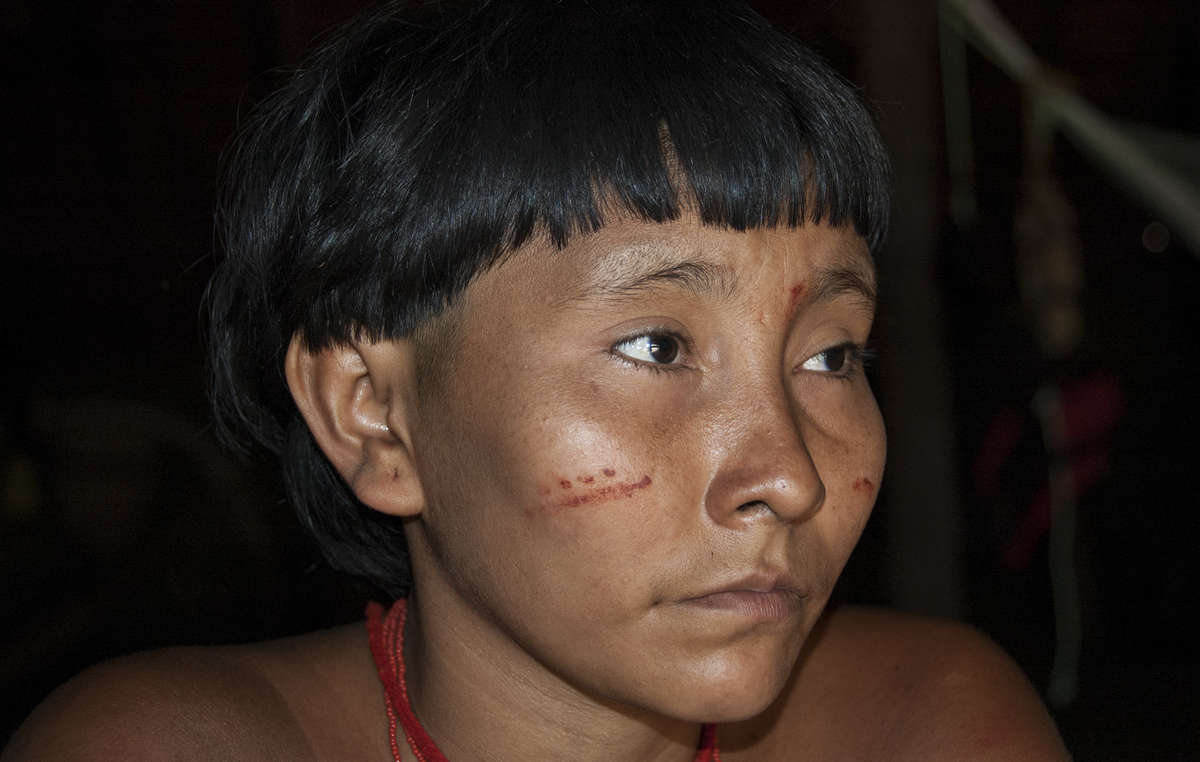 New statistics reveal alarming rates of mercury poisoning amongst the Yanomami and Yekuana tribes in the Amazon rainforest.

A study of hair samples from Indians of 19 communities was conducted by Brazilian health foundation Fiocruz, together with the Hutukara Yanomami Association, Brazilian NGO ISA (Socio-Environmental Institute), and APYB, the Yekuana Association. It found that over 90% of Indians in one region are severely affected.

Illegal gold miners operating on Yanomami land are polluting the Indians’ rivers with mercury, used in the gold-extraction process. The metal then enters the food chain via the river water which the Yanomami drink, and the fish on which they rely as a key part of their diet.

Internationally-renowned Yanomami shaman and spokesman, Davi Kopenawa, presented the evidence to the UN Special Rapporteur on Indigenous Peoples’ Rights, Victoria Tauli-Corpuz, during her visit to Brazil earlier this month.

Reinaldo Rocha Yekuana said: “We are worried about the results of this research. This pollution affects plants, animals, and future generations.”

Uncontacted Yanomami, one of the most vulnerable peoples on the planet, are particularly threatened. Illegal miners are working extremely close to one of the areas where they live.

Public prosecutors are analysing the study’s findings and continuing to push for an end to illegal mining.

Mercury pollution is also threatening other tribes in the Amazon. Earlier this month, Survival reported that up to 80% of the recently-contacted Nahua tribe in Peru have been poisoned, raising serious concerns for the future of the tribe.

The Yanomami are also battling forest fires which have ravaged several parts of their land in recent months. The cause of the fires is unclear. Some Yanomami suspect that illegal miners and loggers started them deliberately, and are calling for more fire-fighting squads to be deployed.

The Yanomami depend on their forest for their survival. Their land in Brazil was mapped out as an Indigenous territory in 1992 following a long international campaign. The Yanomami, their allies in Brazil and Venezuela, and Survival are now pushing the authorities to remove all invaders from the Indians’ land, to keep them out for good, and to halt plans to open up Indigenous territory to large-scale mining.

In a letter from the Hutukara Yanomami Association to Brazil’s President Rousseff, the Indians stated: “With Brazil and the world focussed on the search for solutions to protect the climate, water, and forests and their peoples, it makes no sense for Brazil to support activities that may result in the destruction of the natural resources of the Yanomami Indigenous land.”