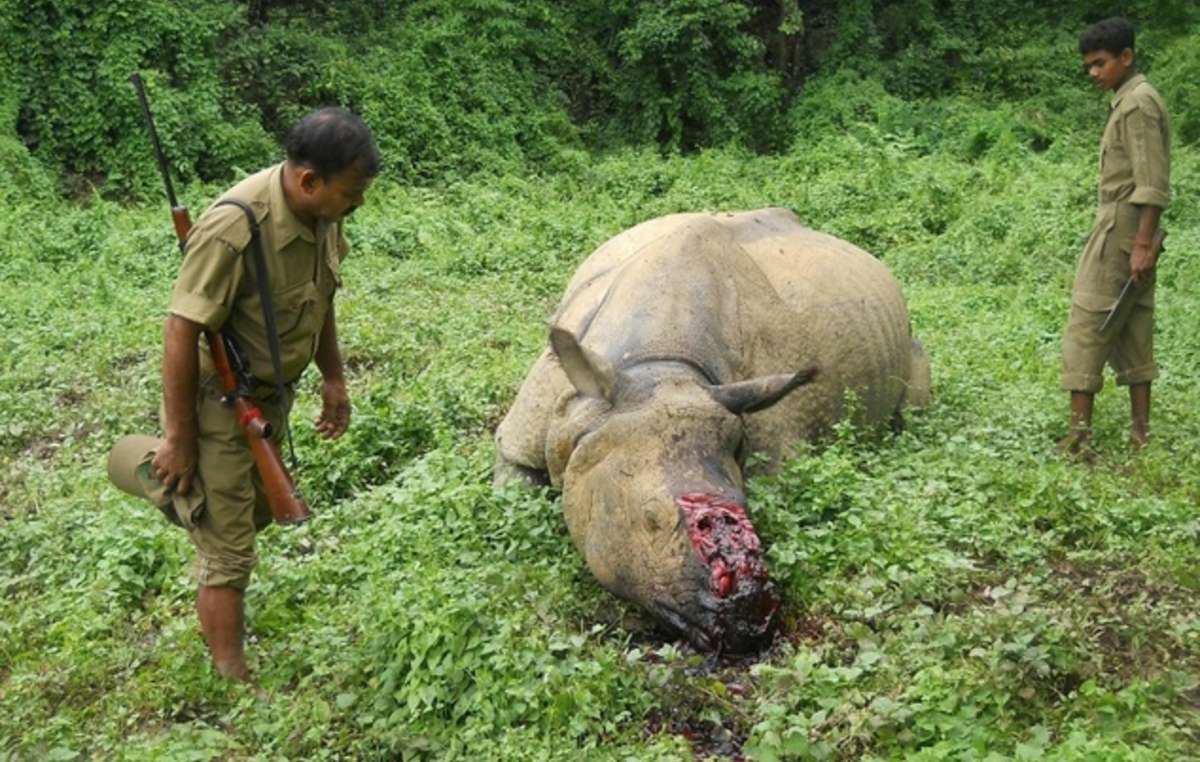 Park guards in Kaziranga, India, are armed and encouraged to shoot intruders in the reserve. ©

Four staff members at the Indian National Park that recently hosted Prince William and Katherine have been arrested for alleged involvement in rhino poaching.

An investigation has been launched into links between Kaziranga park guards – who carry guns and are encouraged to shoot poachers on sight – and poaching networks. The news comes just weeks after Survival International revealed that 62 people have been shot dead in the park by wildlife guards in just nine years, under a brutal “shoot to kill” policy.

The arrests raise questions over the advisability of a militarized approach to wildlife conservation, which can lead to guards’ involvement in poaching, and human rights abuses.

Locals, many of them tribespeople who were illegally evicted from their land to create the reserve, report that people have been killed while entering the park in search of stray cattle, or to collect firewood. Others allege that some are murdered as scapegoats to cover up the failure of the park guards to catch the real poachers – criminals conspiring with corrupt officials.

Kaziranga is notorious for its hard-line anti-poaching policies. A 2014 report by the park’s director stated that nine dead poachers in one year was “not enough” and also included an acrostic which appears to encourage park guards to commit extrajudicial executions. It included the maxims “must obey or get killed” and ”never allow any unauthorized entry (Kill the unwanted).”

Not all national parks in India employ violence and evict tribal peoples as a matter of course. In BRT tiger reserve in southern India, the Soliga tribe was the first to have their right to stay on their ancestral land recognized. In their tiger reserve, the number of tigers has increased at a rate significantly above the national average.

This policy was recently praised by India’s “Save our Tigers” campaign, which claimed that BRT had turned conservation logic “on its head” and demonstrated that militarized conservation and tribal evictions are not necessary to protect tigers.

One Soliga man, speaking out against shoot to kill policies and illegal tribal evictions, said: “Most of the forest officials don’t understand the relationship between the forest and tribal people, they need to understand tribal culture and how tribal people live in the forest. We are the indigenous people of this country, we are the human beings of this country and we have been involved in forest conservation for centuries. Wildlife and tribes can live together and the Forest Department should involve the tribes and local communities together in tiger conservation.”