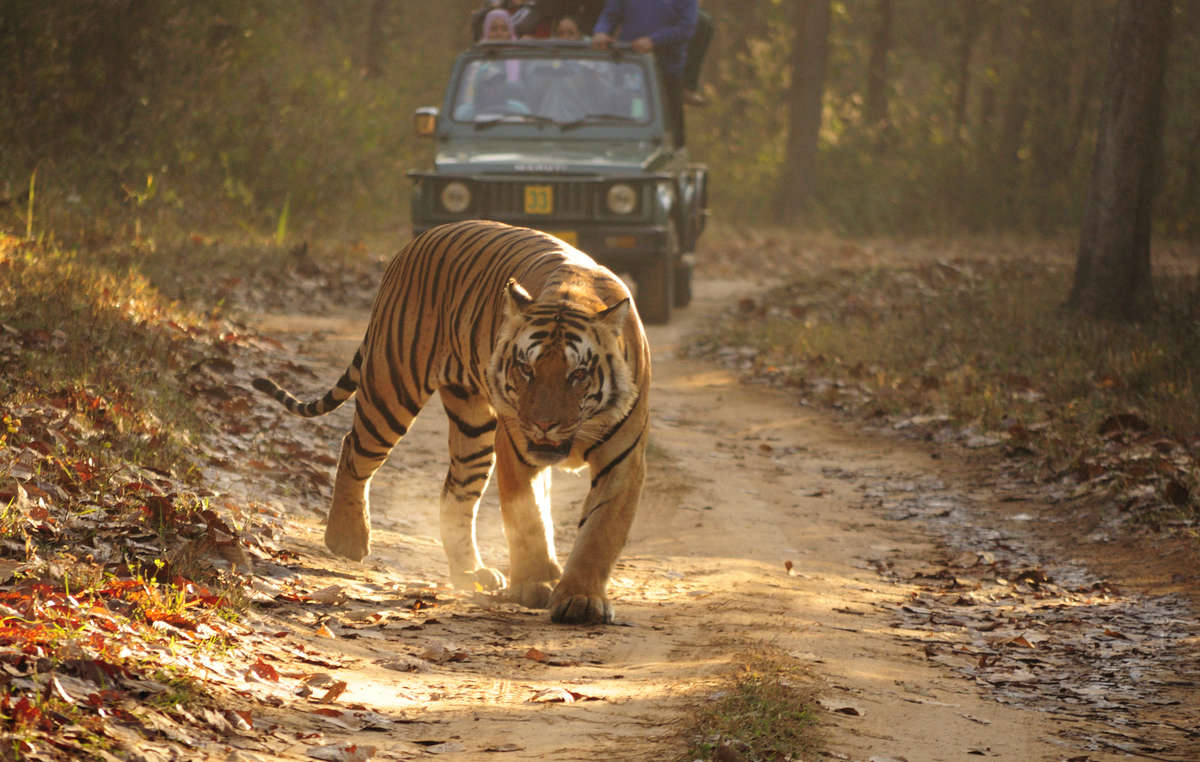 A tiger and her two cubs were recently killed by a park guard in Pench tiger reserve. Forest officials are often accused of corruption and involvement in poaching © Sandip Dey

For international Tiger Day (29 July) Survival International is calling for a tiger conservation model that respects tribal peoples as the best conservationists and guardians of the natural world, rather than criminalizing them and subjecting them to violence.

Last week a seven-year-old tribal boy called Akash Orang was shot and severely wounded in Kaziranga National Park, where guards are encouraged to shoot suspected intruders on sight in the name of protecting rhinos and tigers.

Sixty-two people were shot there in just nine years under this notorious “shoot on sight” policy and tribal villagers are facing arrest and beatings, torture and even death while tourism is encouraged.

The World Wildlife Fund (WWF) promotes commercial tours in the park and has provided training and equipment to the state authorities who operate the park. Survival International has written to WWF’s director urging him to condemn the policy.

A local activist told Survival: “Adivasi villagers’ rights as citizens are being eroded away with this constant fear of death looming over their heads… Instead of antagonizing these people they should be the caretakers of the national park, but the government policy has pauperized and alienated them. They have no livelihood and are living in a perpetual jail."

In an interview the park’s former director, Bishan Singh Bonal, described the situation in the park as “open war.” Guards are motivated to execute poaching suspects on sight, according to a 2014 report, with slogans like “never allow any unauthorized entry (kill the unwanted).”

Akash Orang is still in hospital and undergoing further surgery today after being shot in the legs by a guard.

In contrast, in BRT Tiger reserve in southern India, local Soliga tribespeople have won the right to live on their ancestral land which they have been dependent on and managed for generations. The Soliga have a deep reverence for the tiger, and tiger numbers in the reserve have increased at significantly above the Indian national average while living alongside tribespeople. Guards don’t carry guns and no shoot on sight policy is in place.

Madegowda C, a Soliga man said: “The Kaziranga park director is violating the human rights and constitutional rights of the tribal people… Forest conservation is not possible without tribal and local communities. Most of the forest officials do not understand the relationship between the forest and tribal peoples, they need to understand tribal cultures and our lifestyles in the forest. Tribal peoples are the Indigenous people of this country and they are human beings.”

BRT was recently praised in a film for NDTV’s “Save our Tigers” campaign for having turned conservation logic on its head, and was also featured in a BBC Earth article.

Evidence proves that tribal peoples are better at looking after their environment than anyone else. They are the best conservationists and guardians of the natural world. Despite this, big conservation organizations continue to support a conservation model which persecutes tribal peoples. They support policies which have devastating consequences for people living in and around reserves.

Survival’s Stephen Corry said: “Some conservationists are claiming that this horrific shooting is an isolated ‘accident.’ It’s not. This is a systemic problem – the direct result of militarized conservation. Extrajudicial killings are bound to happen when you actively encourage trigger-happy guards to shoot “poachers.” The powerful big conservation organizations should loudly condemn the brutality of the forest department that they fund and support. Whether or not conservationists care about tribal peoples’ rights, they should realize that abusing local people makes them enemies of conservation and this will guarantee that protected areas fail. Current practices will result in the end of the tiger."