This page was last updated on May 29, 2019 and may contain language which is now outdated.

A BBC investigation has revealed that tribal peoples living around a national park in India are facing arrest and beatings, torture and death under the Park’s notorious “shoot-on-sight” policy.

The report for television, radio and the BBC news website featured interviews with park guards, tribal people who have been affected by the policy in Kaziranga National Park, and a spokesman from WWF-India, which helps fund, train and equip park guards and advertises tours of the park through its website.

The park gets over 170,000 visitors each year. Fifty suspects were extrajudicially executed there in the last three years, and a severely disabled tribal man was shot dead in 2013. The BBC has estimated that 106 have been killed in the last 20 years. In the same period, only one official has been killed.

Reports confirm that seven-year-old Akash Orang will never fully recover after having been shot by Kaziranga park guards in 2016. © JEEPAL

The BBC interviewed one local man who had been beaten and tortured with electric shocks during a detention by park officials before they realized he had no involvement in poaching.

The program also featured Akash Orang, a seven-year-old tribal boy who was shot in the legs by park guards last July. Akash said that: “The forest guards suddenly shot me” as he was on his way to a local shop. His father said: “He’s changed. He used to be cheerful. He isn’t any more. In the night, he wakes up in pain and he cries for his mother.”

Park guards have effective immunity from prosecution and are encouraged to shoot suspects on sight – without arrest or trial, or any evidence that they might have been involved in poaching. One guard admitted that they are: “Fully ordered to shoot them, whenever you see the poachers or any people during night-time we are ordered to shoot them.” 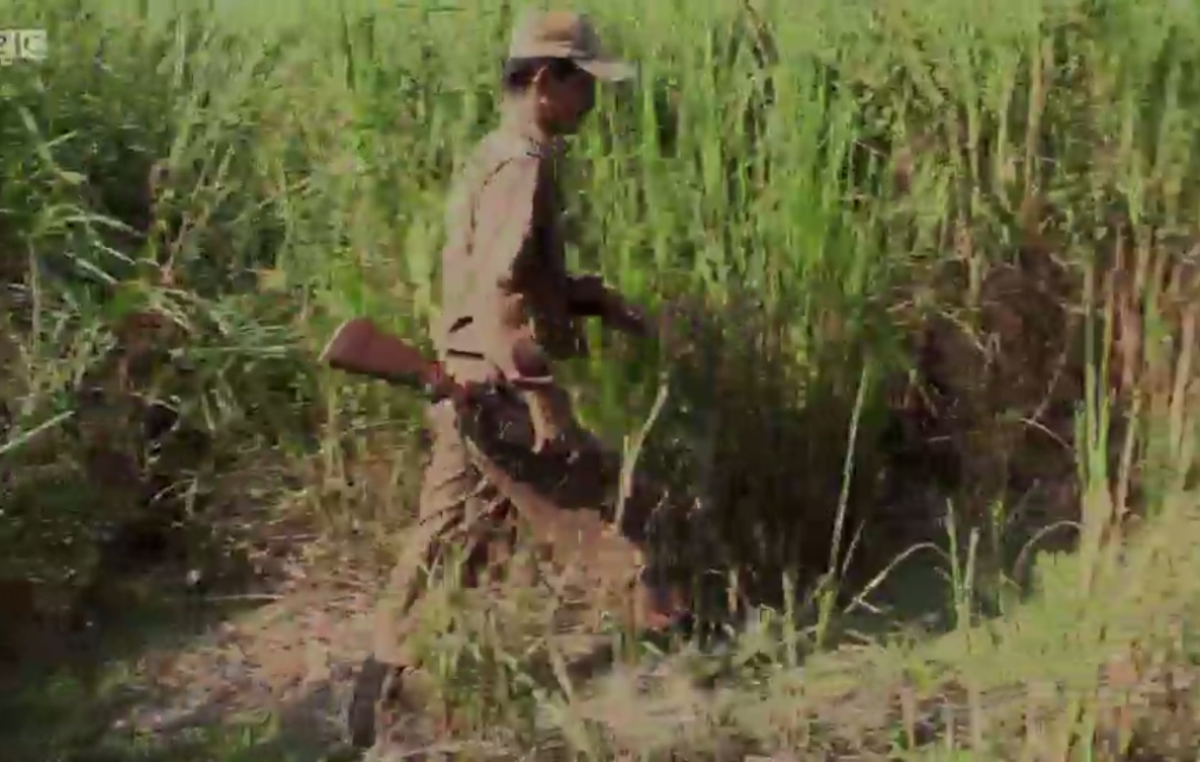 Several Kaziranga park guards and officials have been accused of involvement in poaching and the illegal wildlife trade in recent years. © BBC

WWF has provided equipment – including what the BBC calls “night vision goggles” – which have been used in night-time operations and “combat and ambush” training. When asked by the BBC how donors might feel about their money being used to enforce this brutal treatment, WWF India’s spokesman said that: “What is needed is on-ground protection… We want to reduce poaching and the idea is to reduce it with involving other partners.”

Survival International is leading the global fight against these abuses and first brought the park’s high death toll and serious instances of corruption among Kaziranga officials – including involvement in the illegal wildlife trade they are employed to stop – to global attention in 2016.

Survival’s Director Stephen Corry said: “Conservation organizations, including WWF, are supporting a model of conservation which is resulting in gross human rights abuses. They have failed to condemn policies that are leading to widespread extrajudicial executions. For too long, conservation has relied on its positive public image to hide its horrific and sustained attacks on Indigenous and tribal peoples’ rights. We’re working to stop this. It’s time for conservationists to work with tribal people, the best conservationists and guardians of the natural world. It’s time for conservation organisations to call for an end to shoot on sight policies.”