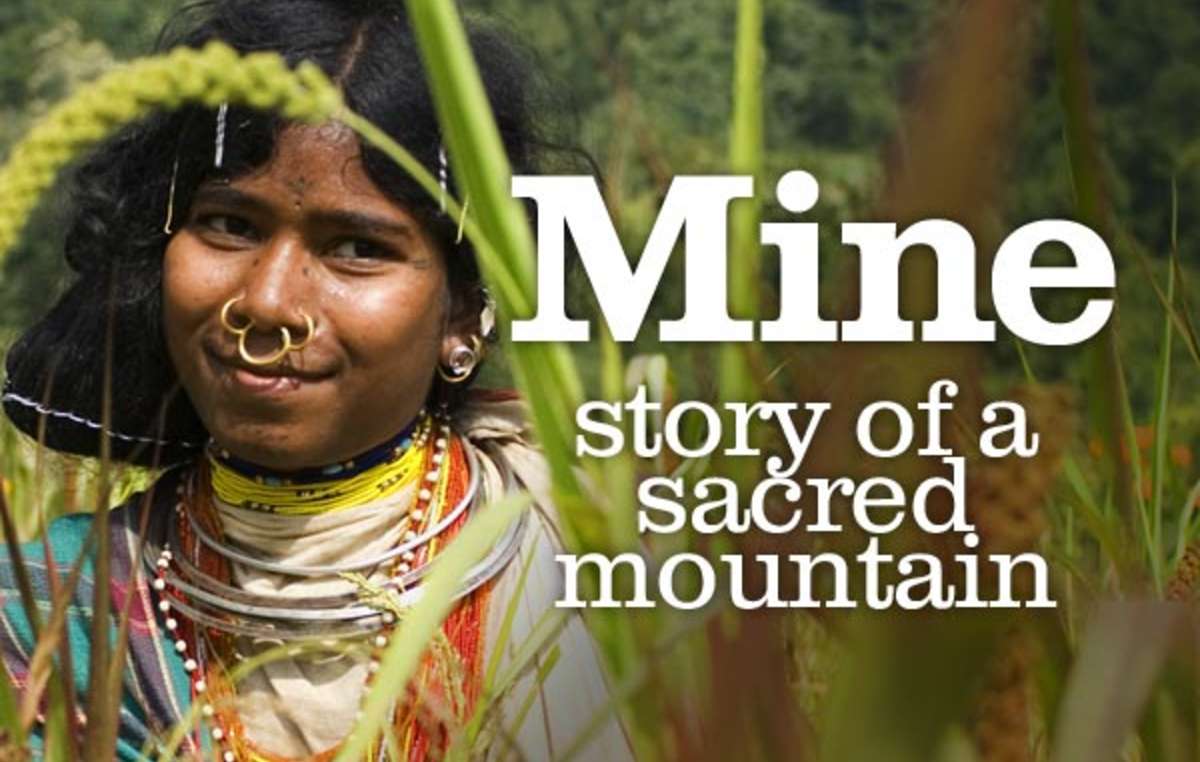 ‘Mine: Story of a Sacred Mountain’, featuring the Dongria Kondh, narrated by Joanna Lumley. © Survival

British actress Joanna Lumley has narrated a new film for tribal rights charity Survival International. ‘Mine: story of a sacred mountain’ reveals the hidden story of the remote Dongria Kondh tribe in India and their battle to stop a vast bauxite mine destroying their land and way of life.

Vedanta Resources, a British company, plans to dig a vast open-cast bauxite mine in the Niyamgiri Hills in Orissa which will destroy the forests that the 8,000 Dongria Kondh rely on for their food and way of life. The Dongria worship the mountain as a living God, and are determined to save Niyamgiri from becoming an industrial wasteland. Vedanta is majority-owned by Indian billionaire Anil Agarwal.

The film will be premiered at the House of Commons on Wednesday 1 April at 1.30pm, at a screening organized by the All Party Parliamentary Group for tribal peoples and Survival International.

Joanna Lumley, who was born in India, said today, 'It greatly disturbs me that a British company will be responsible for the destruction of these wonderful people. I urge the public to support the Dongria, who simply want to be allowed to live in peace. Unlike so many of India's rural poor, the Dongria Kondh actually live very well in the Niyamgiri hills, and it's a terrible irony that what Vedanta is proposing to do in the name of 'development' will actually destroy this completely self-sufficient people.'

Stephen Corry, director of Survival International, said today, 'For the sake of the Dongria Kondh, Vedanta must scrap their plans to mine the Niyamgiri Hills. It will be an incredibly destructive project, and Vedanta is now facing a barrage of calls for them to think again. Shareholders in Vedanta need to be aware that their money could be responsible for the destruction of the Dongria people.'