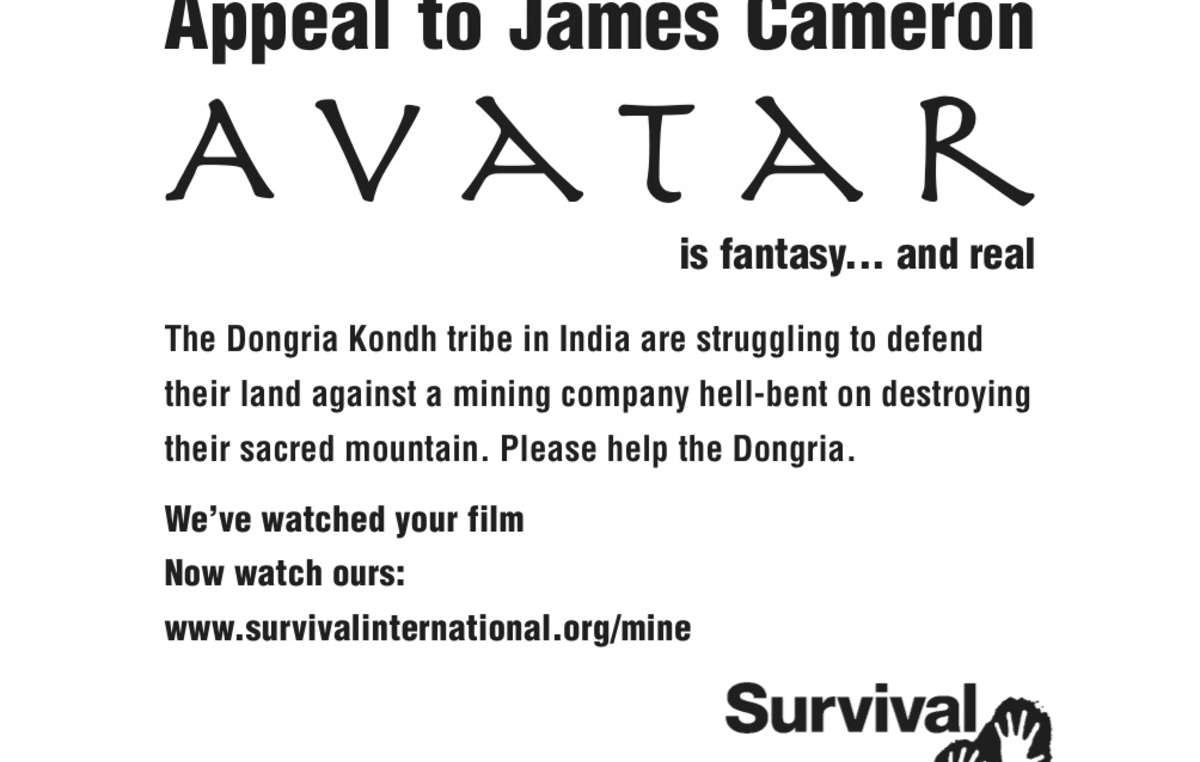 This page was last updated on February 8, 2010 and may contain language which is now outdated.

Survival has appealed to Avatar director James Cameron on behalf of an Indian tribe through an ad in the film industry magazine Variety (published today 8 February 2010).

In the ad Survival asks Mr Cameron to help the Dongria Kondh tribe of Orissa, India, whose story is uncannily similar to that of the Na’vi in Avatar.  The ad says:

Avatar is fantasy .. and real.

The Dongria Kondh tribe in India are struggling to defend their land against a mining company hell-bent on destroying their sacred mountain.

The Dongria and other local Kondh people are resisting Vedanta, and are determined to save Niyamgiri from becoming an industrial wasteland. Other Kondh groups are already suffering from a bauxite refinery, built and operated by Vedanta, at the base of the Niyamgiri Hills.

Survival’s director Stephen Corry says, ‘Just as the Na’vi describe the forest of Pandora as ‘their everything’, for the Dongria Kondh, life and land have always been deeply connected.  The fundamental story of Avatar – if you take away the multi-coloured lemurs, the long-trunked horses and warring androids – is being played out today in the hills of Niyamgiri in Orissa, India.

’Like the Na’vi of ‘Avatar’, the Dongria Kondh are also at risk, as their lands are set to be mined by Vedanta Resources who will stop at nothing to achieve their aims. The mine will destroy the forests on which the Dongria Kondh depend and wreck the lives of thousands of other Kondh tribal people living in the area.

‘I do hope that James Cameron will join the Dongria’s struggle to save their sacred mountain and secure their future.’