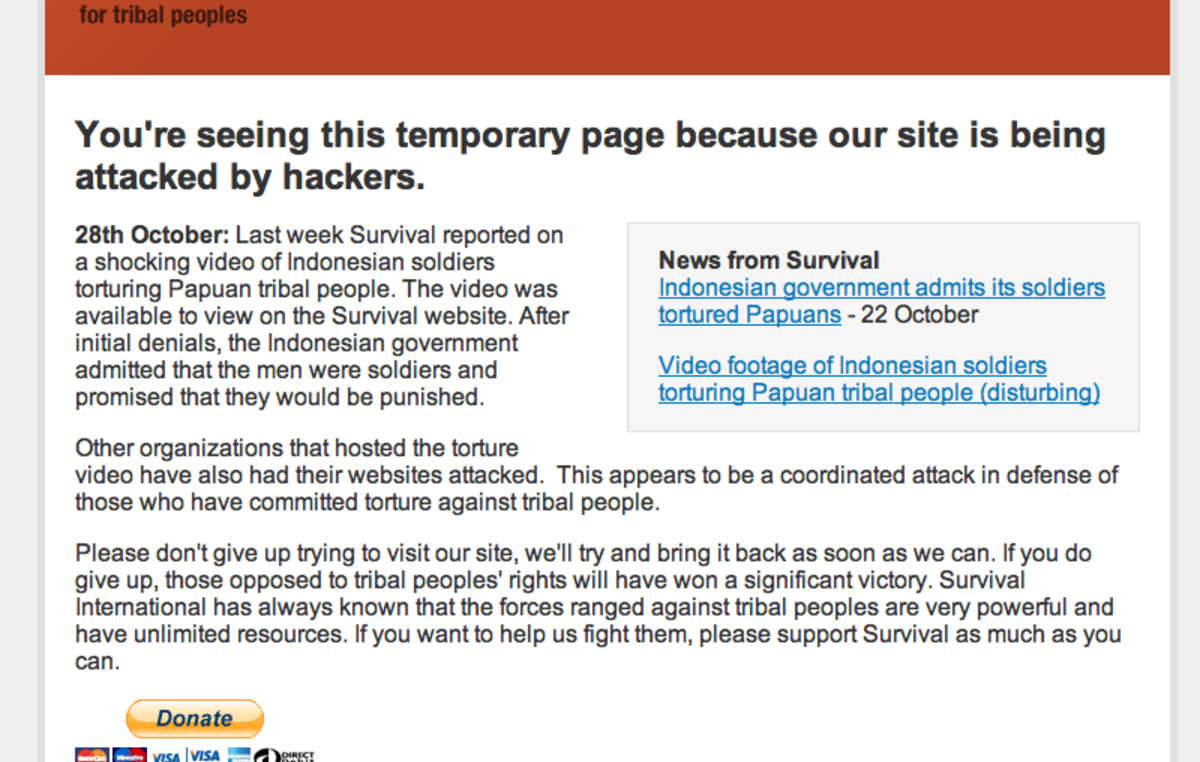 This page was last updated on October 28, 2010 and may contain language which is now outdated.

Human rights organization Survival International has been targeted by a massive cyberattack, knocking its website offline.

Survival believes the attack is likely to originate with the Botswana or Indonesian authorities, or their allies.

The attack comes one week after Survival reported on a shocking video of Indonesian soldiers torturing Papuan tribal people, and four weeks after calling for tourists to boycott Botswana over the long-running persecution of the Kalahari Bushmen.

Starting with a test attack at 5pm (London time) on Wednesday 27 October, and building to a very sophisticated ‘distributed denial-of-service’ onslaught that evening, many thousands of PCs around the world simultaneously bombarded Survival’s website, knocking it offline.

Other organizations that hosted the torture video have also had their websites attacked.

Similar attacks occurred during Survival’s campaign against the Botswana government, after the Bushmen were evicted from their traditional lands.

Survival’s Director Stephen Corry said today, ‘This isn’t a couple of geeks in a shed, it’s an expensive and sophisticated attack amounting to cyberterrorism. The damage to Survival International may be substantial but is of course nothing compared to that inflicted on West Papuan tribes or Botswana’s Bushmen. This is not just a local struggle for the survival of the few hundred remaining hunting Bushmen in Africa, or the more than one million oppressed tribespeople in Indonesian West Papua, it also epitomizes the onslaught against those who dare to reject the domination of money and government over human rights. The forces ranged against us are colossal, and may have won this round, but we will never give up.’

Note to Editors: The website of the following organizations have also come under attack: