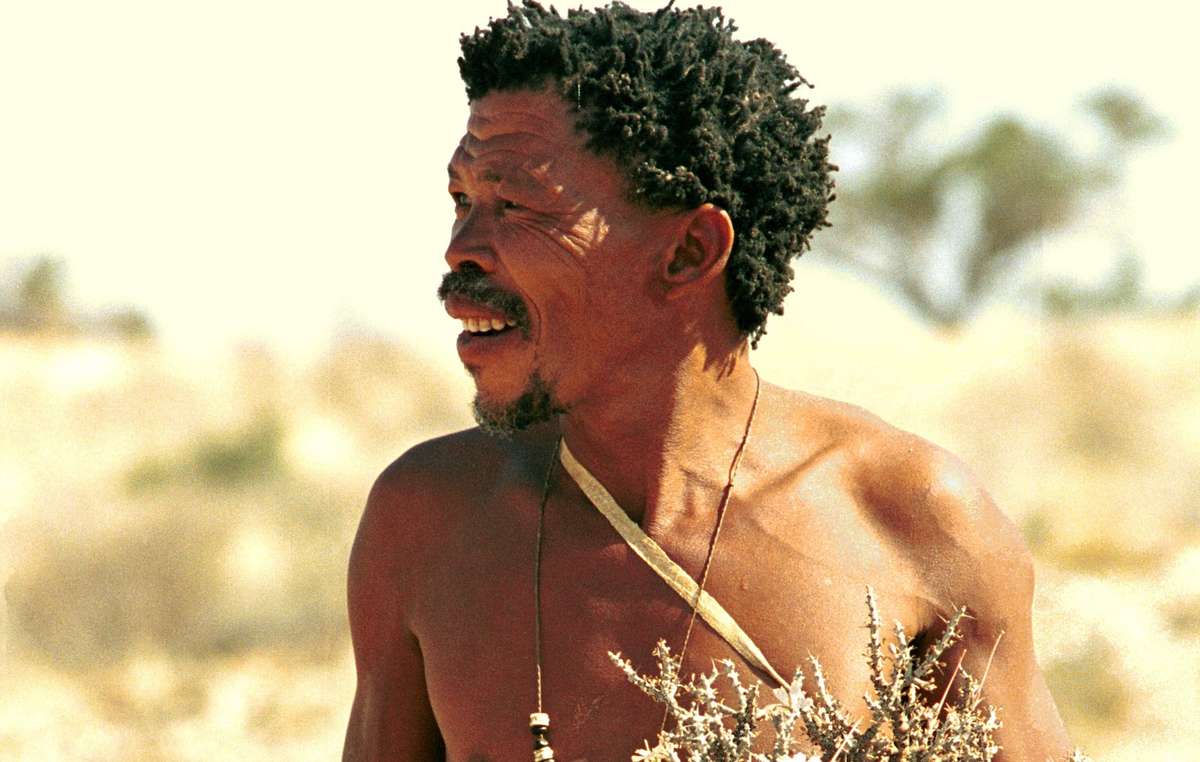 Dawid Kruiper was considered an icon and key representative of the Bushmen of the southern Kalahari.
© Bill Kemp/Strata 360

Dawid Kruiper, a traditional leader of the Khomani Bushmen of South Africa has died, aged 76.

He will perhaps be best remembered for his determination to recover the lands of the Khomani people in the Kalahari Gemsbok National Park (now the Kagalgadi Transfrontier Park).

When the park was created in 1931, the last 50 remaining Khomani were evicted and forced to live in dismal squatter camps nearby. Later Dawid and his family lived on a farm performing for tourists in return for food and lodging.

For years Dawid and his father Regopstaan kept alive the flame of hope, dreaming of returning to their land in the park, and Dawid was the driving force and inspiration behind the Khomani land claim which was lodged in 1995.

Four years later Thabo Mbeki, then Deputy President of South Africa, signed a document giving four farms to the Khomani and the right to enter and use the natural resources in part of the park. At the ceremony Mbeki declared: ‘This is a step towards the rebirth of a people that nearly perished because of oppression. This is your land. Take it. Care for it. Thrive on it.’

According to filmmaker Hugh Brody who worked with Dawid, he was ‘a key representative of the San of the southern Kalahari, and represented them and their interests in the region, at many levels of governance and at gatherings of indigenous elders and leaders in several parts of the world’, including the USA and the UN in Geneva. He also appeared in several films.

However, Dawid always remained close to his roots. In one interview he said: ‘I am a natural born. I have something inside of me that no one can take away. I am there always for my community, but I do things the natural way. I would say that our traditional lifestyle was much better… I do not want to be living like a millionaire. I do not want that life, it is not for me. I just want to live the natural way. I am most comfortable like that, like the weaver bird. I can move anywhere any time. I can collect my home, my grass and rebuild my home. On the other hand like that bird, if I can just have freedom and rights, I would be happy.’

Speaking yesterday one of his relatives, Anna Fester said ‘It’s a big loss for us. To us he was a dad and an uncle but to the world he was an icon. Oom Dawid did a lot for the family and the Khomani San people. Dawid shared himself with the world. He left big footsteps for us and the community to fill.’