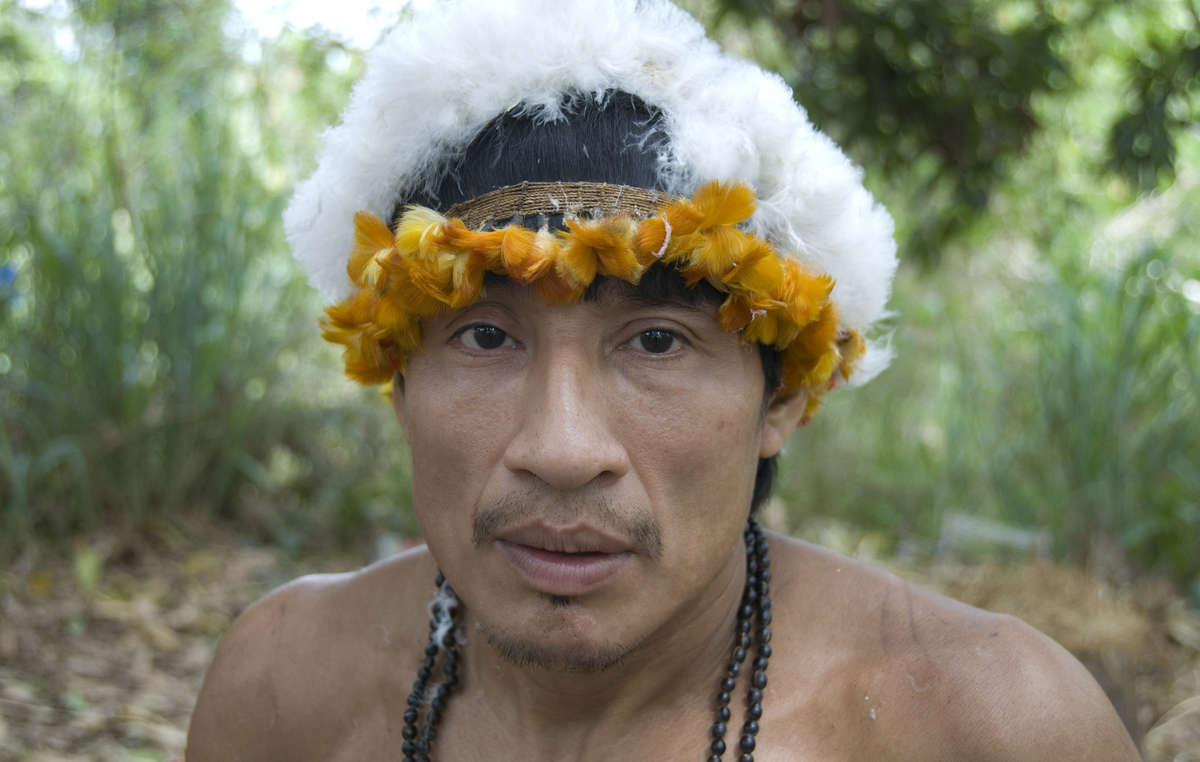 Awá man. The Awá are warning the expansion of the Carajás railway could bring disastrous consequences
© Fiona Watson/Survival

The Brazilian government has given the go-ahead for a railway project that severely endangers Earth’s most threatened tribe.

Mining giant Vale announced it has obtained an installation license for its doubling of the Carajás railway, which transports iron ore from its notorious huge mine to the Atlantic Ocean.

The Great Carajás industrial project opened up this eastern part of Amazonia to development and exposed the Awá to invaders who have massacred whole families in the last three decades, and who continue to destroy much of their forest.

The new license allows the company to start constructing a second railway line, to allow trains to run simultaneously in both directions, and increase capacity.

The Awá have warned that the expansion project will increase noise levels coming from the railway, scare away the game on which they rely for hunting, and result in more invasions.

One Awá man said, ‘We don’t accept the expansion of the train line which passes right in front of our territory. It is really bad! It makes a lot of noise! The hunters can’t find any game; the animals are scared off’.

Vale has not properly consulted the Awá about the plans, as required by Brazilian and international law.

Survival is calling on the company to respect the Awá’s land rights, rather than putting their lives in jeopardy.

Earlier this year, a judge halted the project, stating that Vale’s social and environmental impact studies were ‘insufficient’, and that the expansion could cause ‘extremely serious environmental degradation’. His ruling was soon overturned.

Last month, the railway was paralyzed by the Awá and hundreds more Indians protesting for their land rights to be upheld, and earlier this month some Awá made an unprecedented trip to Brasilia, to call for their forest to be protected.