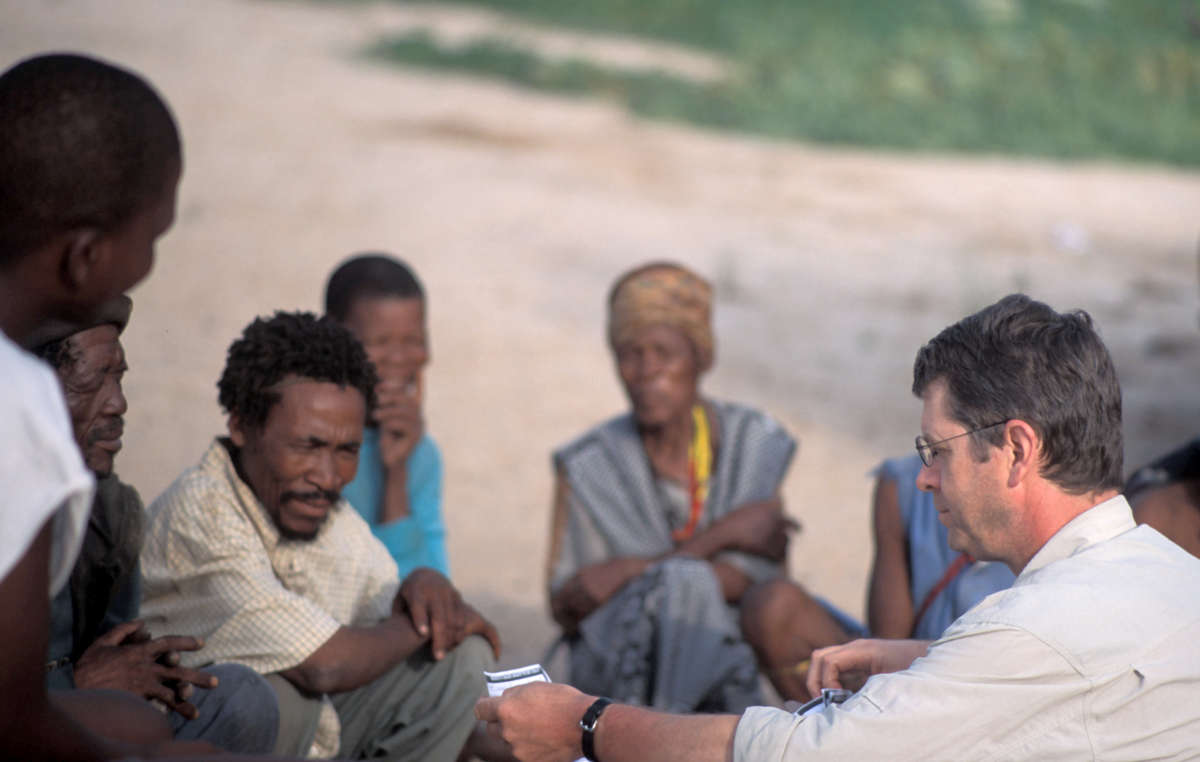 In a hard-hitting speech to representatives of the Commonwealth this Thursday, Survival’s Director Stephen Corry will argue that countries such as the United Kingdom, Botswana and India are not concerned about the rights of tribal peoples and that the Commonwealth’s legacy of ‘dispossession and destruction’ for millions of tribal people is ‘constantly downplayed in the historical record’.

- the United Kingdom claims it has policies about tribal peoples to inform its aid work, but in fact does not. It has also sent over £1bn in aid to the Ethiopian government, but has failed to investigate grave human rights abuses of the tribes of the Lower Omo Valley;

- Botswana has been determined in its efforts to kick the Bushmen off their ancestral land in the Central Kalahari Game Reserve, despite a 2006 High Court ruling which confirmed their right to live and hunt in the reserve. Recently, Botswana banned the Bushmen’s lawyer from entering the country to represent them at court;

- the British company Vedanta Resources has tried for a decade to mine India’s Niyamgiri Hills, the home of the Dongria Kondh tribe, without acquiring their free, prior and informed consent;

- the creation of game parks in Africa, which create an image of ‘pristine wilderness’, when in reality they are built on the eviction and destruction of countless tribal people.

Other examples from Guyana, Bangladesh, Malaysia and Tanzania are outlined in the paper which accompanies Corry’s speech.

India’s Dongria Kondh have been fighting against a mine on their land by British company Vedanta Resources.
© Survival

Corry predicts that things will only get harder for tribal peoples and their rights, but argues that there is hope: from NGOs such as Survival International and their supporters pressing for justice; from the power of public opinion, especially within countries where the abuses are taking place; and from tribal peoples themselves and their conviction and determination to stand up for their rights.

Note to editors:
- Mr Stephen Corry will speak at ‘The Commonwealth’s First Nations: Rights, Status and Struggles in the run up to the World Conference on Indigenous Peoples 2014’. Further information can be found here.
– Download Stephen Corry’s full speech (pdf, 81 KB)
- Download Stephen Corry’s paper ‘Like Mother, Like Daughters? Campaigns for Tribal Peoples’ Rights in the Commonwealth’ (pdf, 148 KB), published in The Round Table, 2013, Vol. 102, No. 4, pp 343-353.