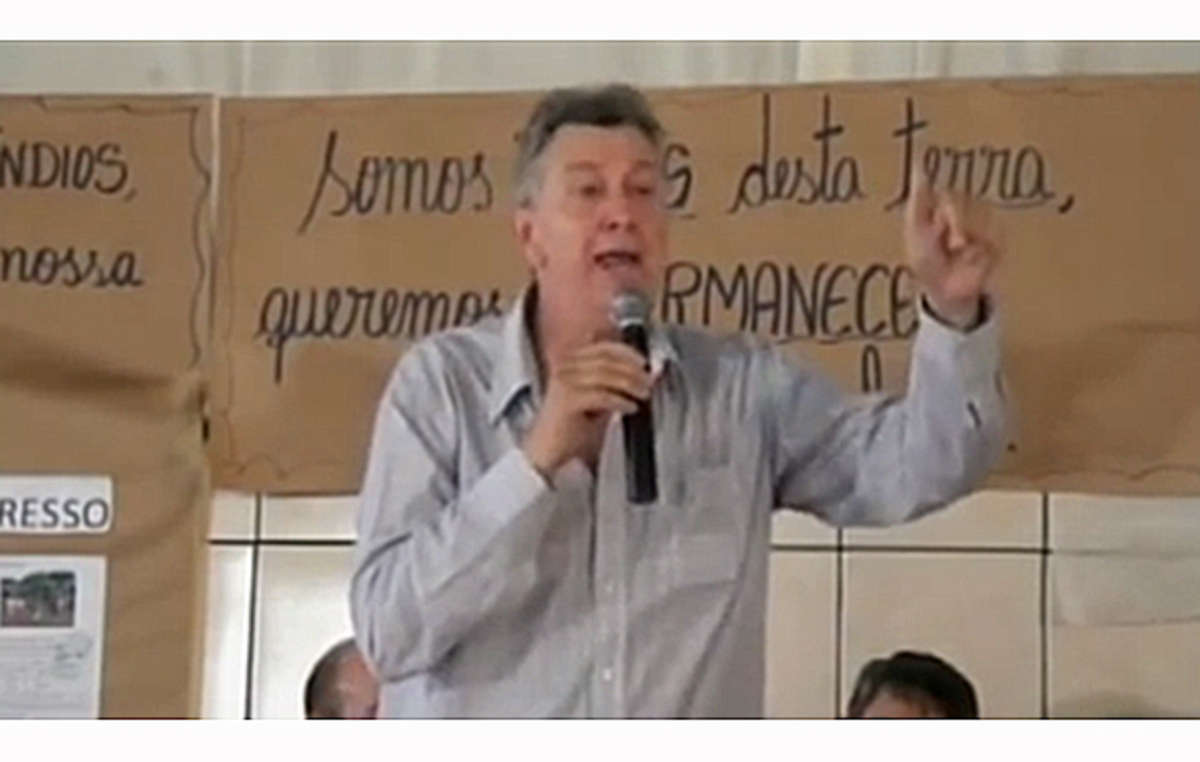 A prominent Brazilian congressman has received Survival International’s ‘Racist of the Year’ award on the International Day for the Elimination of Racial Discrimination, 21 March.

Deputy Heinze, the President of the Chamber of Deputies’ Agriculture Commission, said that ‘the government … is in bed with the blacks, the Indians, the gays, the lesbians, all the losers. That’s where they’re being protected and they are controlling the government.’

During the same meeting Deputy Alceu Moreira called on Brazilian ranchers to ‘dress like warriors and don’t let a conman like this [apparently referring to the Indians’ supporters in general] take one step on your property. […] get together and form big crowds and evict [the Indians and the blacks] however is necessary!’

Watch a video of their speeches.

The Deputies are part of Brazil’s powerful anti-Indigenous farming lobby, which is pressurizing the government to pass a series of controversial laws that would drastically weaken Indians’ control over their lands.

The changes would be disastrous for Brazilian tribes such as the Guarani, who have already lost most of their land to cattle ranchers and sugar cane plantations. The tribe faces high levels of violence at the hands of powerful landowners, who frequently employ gunmen to evict the Guarani from their land and assassinate Guarani leaders.

A Guarani man told Survival, ‘The gunmen are threatening us and they want to kill us. They want to finish us off.’ 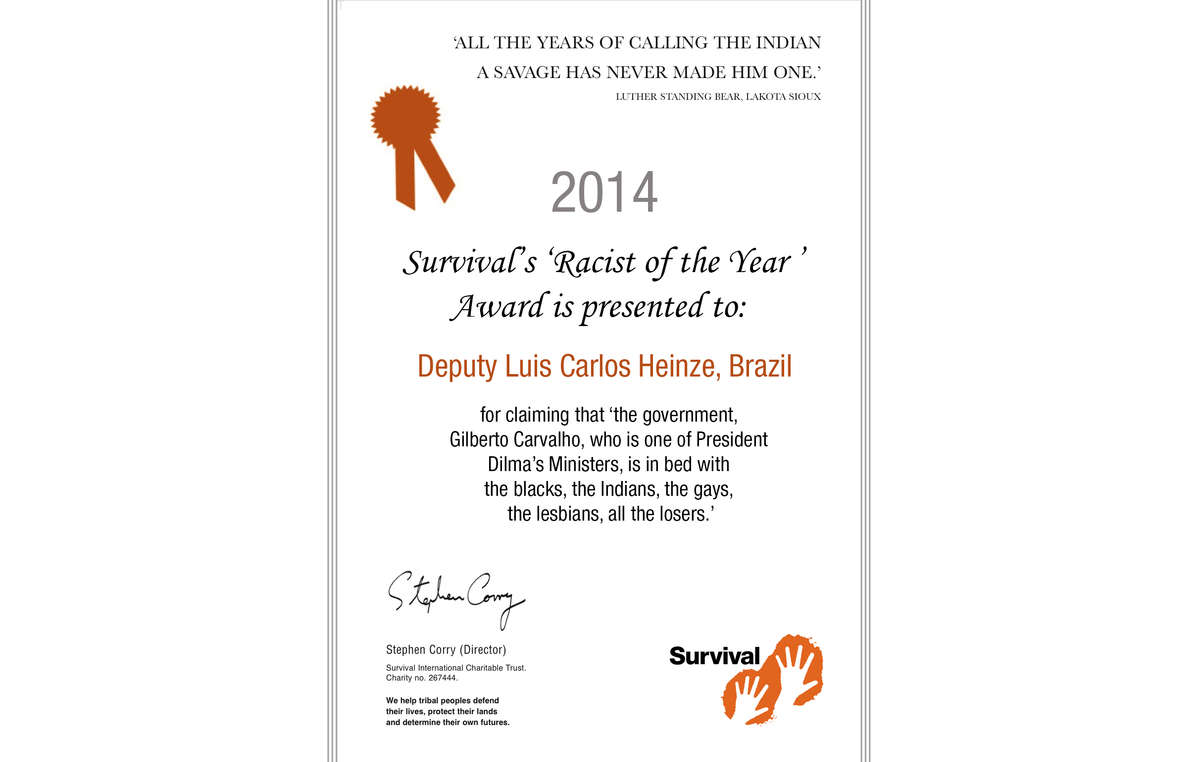 US food giant Bunge, which buys sugar cane from land stolen from the Guarani, has reportedly been funding Deputy Heinze’s electoral campaigns.

Survival’s racism award has previously been awarded to the Peruvian newspaper Correo for calling Indigenous Peruvians ‘savages’ and ‘primitive’, and the Paraguayan newspaper La Nación for comparing Paraguayan Indians to cancer, and calling them ‘filthy’.

Nixiwaka Yawanawá, an Amazon Indian who joined Survival in 2013 to speak out for Indigenous rights, said, ‘For over 500 years, the Indians of Brazil have suffered racism, prejudice and violence at the hands of people who want to see our extinction. But we are still here, we are the protectors of the forest and we demand respect. It makes me sad and angry to hear these politicians’ hateful and racist comments. With the World Cup only a few months away, the world needs to see this side of Brazil too.’

- See Survival’s report to the UN Committee on the Elimination of Racial Discrimination, which outlines the Guarani’s shocking situation.

- In the run-up to the FIFA World Cup, Survival International is highlighting ‘The dark side of Brazil’. Click here to find out more about the situation of Brazilian Indians and the government’s attacks on their rights to their land.