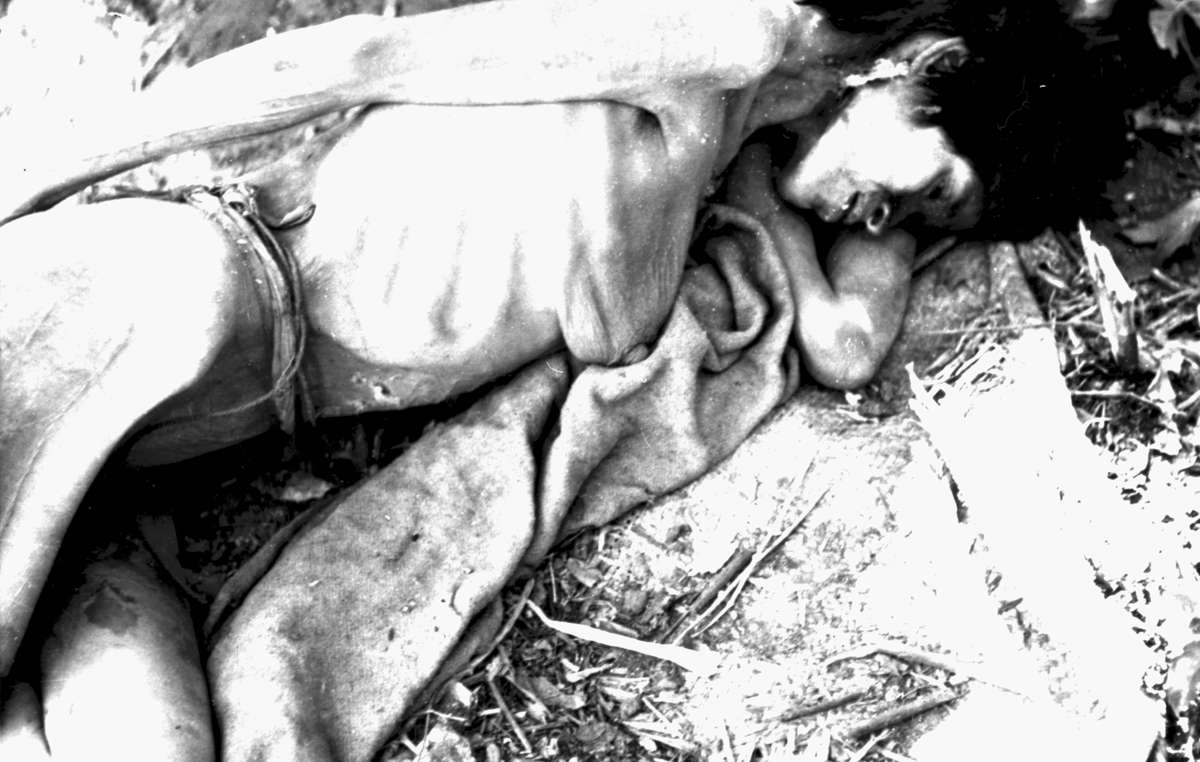 Aché woman shortly after she was captured and brought out of the forest in 1972, Paraguay. © A. Kohmann/Survival

To mark UN Indigenous Day on August 9, Survival International, the global movement for tribal peoples’ rights, reveals five tribal peoples who have been victims of genocide during the 20th century – and warns of a potential genocide in the 21st.

- The Aché, Paraguay: in a landmark case launched in April 2014, the Aché tribe took Paraguay’s government to court over the genocide they suffered. The Aché were decimated after colonists launched killing raids, captured tribespeople and sold them as slaves during the 1950s and 60s.

- The Akuntsu, Brazil: in 1985, government investigators uncovered an entire communal house which had been bulldozed – evidence of a brutal massacre by gunmen that killed most of the Akuntsu tribe. The five survivors are the last witnesses of this silent genocide. 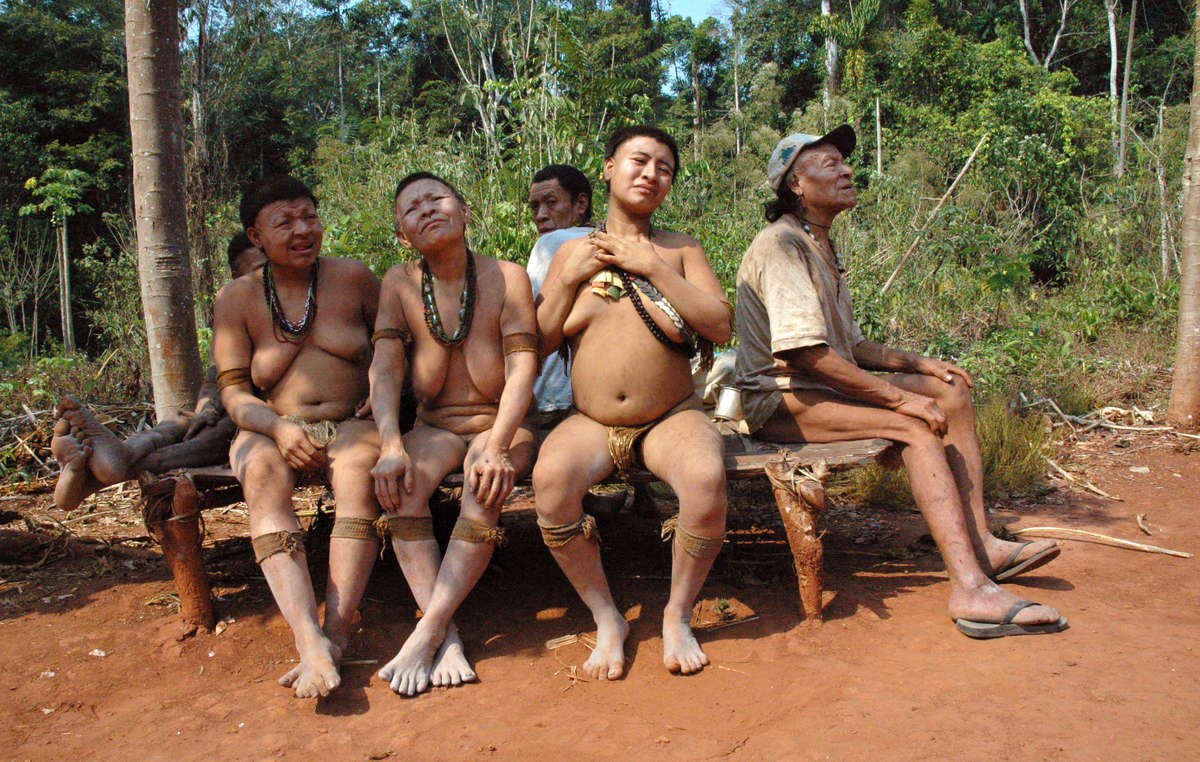 Five Akuntsu are the last survivors of a silent genocide in Brazil. © Fiona Watson/Survival

- The Jummas, Bangladesh: the Bangladesh military and a wave of settlers carried out a genocidal campaign of murder, rape, torture and the torching of Jumma villages. A peace deal in 1997 put an end to the worst atrocities, but killings, the burning of Jumma villages, the theft of their land and arrests remain rampant.

The Jummas have suffered a genocidal campaign at the hands of settlers and the military, Bangladesh. © Mark McEvoy/Survival

- The Yanomami, on the border of Brazil and Venezuela: in 1993, goldminers launched a brutal attack on the Yanomami village of Haximú, killing 16 Yanomami, including the elderly, women and children. In an unprecendented ruling, four of the culprits were subsequently convicted of genocide.

Survivors of the Haximu massacre, in which goldminers killed 16 Yanomami Indians, hold urns containing the ashes of their relatives. © C Zacquini/Survival

- The Awá, Brazil: Brazilian experts have described the violent invasion and destruction of the Awá’s rainforest by armed loggers as genocide. A Brazilian government representative said in 2011, “If rapid emergency measures are not taken, the future of this people is extinction.” In January 2014, the invaders were evicted from the key Awá territory, following Survival’s high-profile campaign.

Will history repeat itself?

In June 2014, a group of uncontacted Indians emerged in Brazil, having apparently crossed the border from Peru. They told interpreters that they had suffered a violent attack on their village in which most of the elderly were killed, and their homes burnt.

Uncontacted Indians who emerged near the Brazil-Peru border. Experts have warned of ‘another genocide’. © FUNAI/Survival

“So many people died that they couldn’t bury them all and their corpses were eaten by vultures.” Brazilian experts have warned of “another genocide” if their territory is not protected from the loggers and drug-traffickers suspected of carrying out this atrocity.

Survival’s Director Stephen Corry said today, “Industrialized societies subject tribal peoples to genocidal violence, slavery and racism so they can steal their lands, resources and labor in the name of ‘progress’ and ‘civilization’. Since the dawn of the Age of ‘Discovery’, tribal peoples have been the innocent victims of an aggressive colonization of their land. By portraying them as backward and primitive, the invaders have justified a systematic and cruel annihilation, which continues to this day. It’s time the genocide stopped.”

- *this is not intended to be a comprehensive list of all cases of genocide against tribal peoples during the 20th Century;

- Read the United Nations definition of genocide
- Download images of the gallery here.