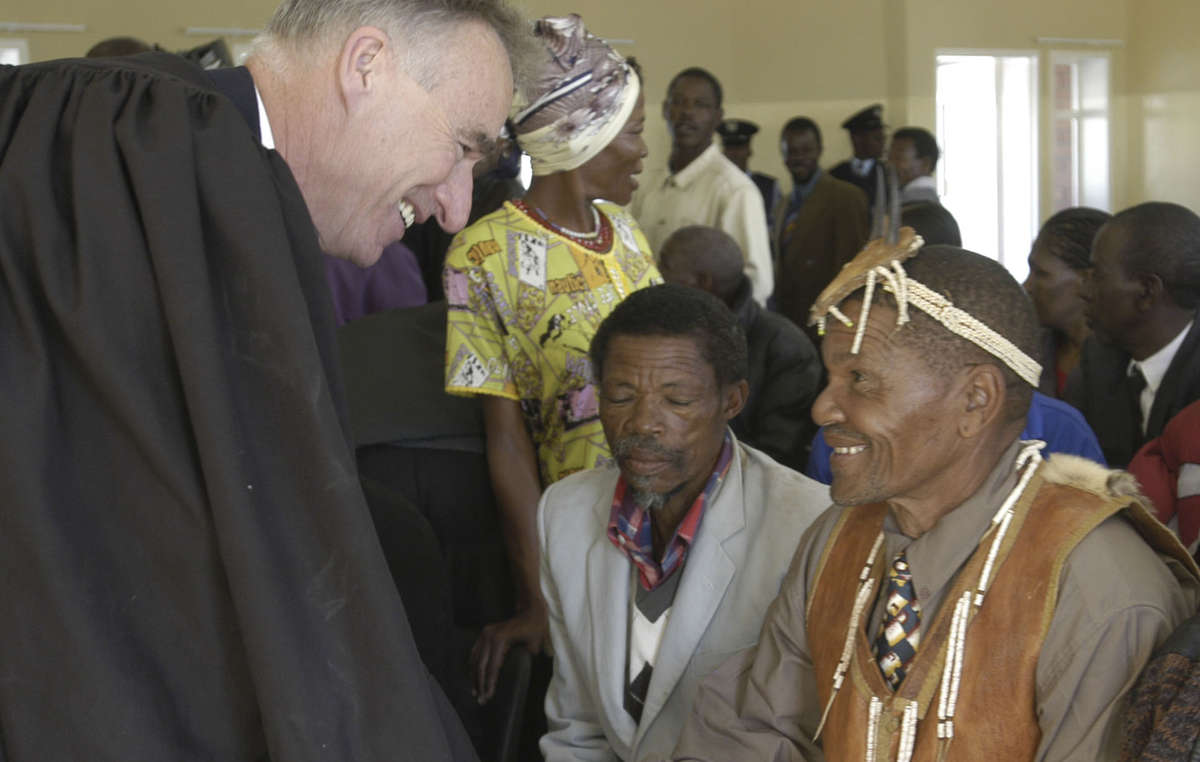 British barrister Gordon Bennett and others will host a press conference on February 26, 2015, in Johannesburg. © Survival International

British human rights lawyer Gordon Bennett, a Bushman spokesperson and a Survival International campaigner will host a press conference in Johannesburg to expose the persecution of tribal peoples in the name of “conservation.”

The conference will be held ahead of a symposium organized by the International Union for the Conservation of Nature (IUCN) and others on “wildlife crime” in South Africa in February 2015, and a major “United for Wildlife” anti-poaching conference held in Botswana in March.

British Barrister Gordon Bennett will argue that wildlife law enforcement almost always harms tribal communities because the wrong laws are being enforced by the wrong people against the wrong people – with examples from Botswana, Cameroon and India. 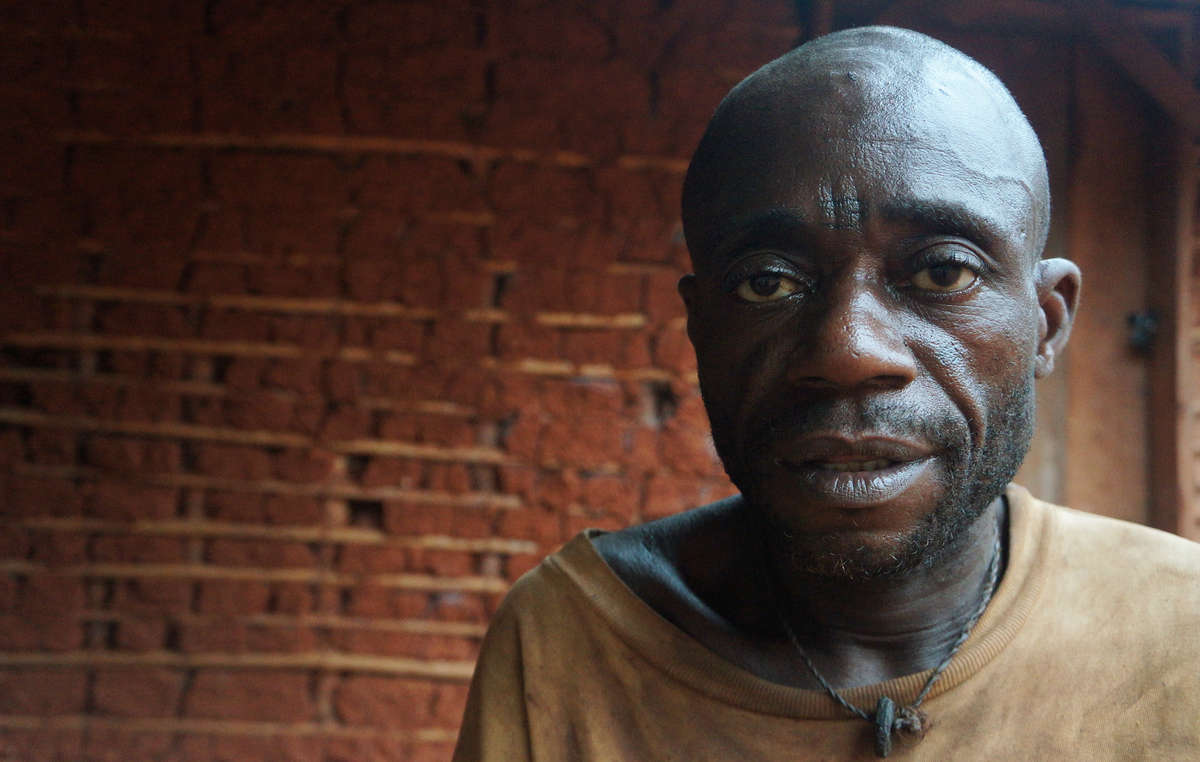 Tribal peoples like the Baka in southeast Cameroon have faced arrest and beatings, torture and death in the name of ‘conservation.’ © Survival International

In India, tribal peoples are being forcibly and illegally evicted from tiger reserves, while tourists are welcomed in. Tribal peoples in Botswana and Cameroon are accused of “poaching” because they hunt their food. They face arrest and beatings, torture and death, while fee-paying big game hunters are encouraged.

The Kalahari Bushmen’s right to hunt for food is a fundamental human right confirmed by Botswana’s High Court. President Khama has illegally banned all hunting in the country – except for wealthy trophy hunters. Bushmen caught hunting are arrested, beaten and tortured. 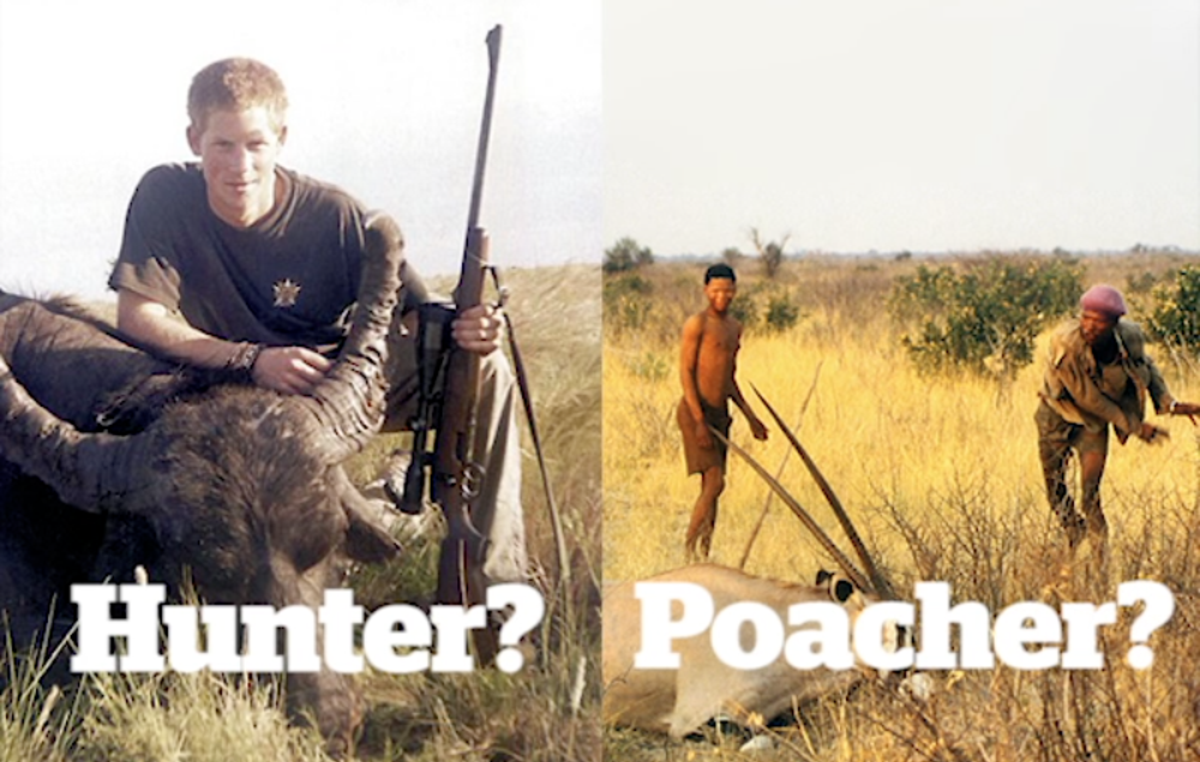 Survival’s #HuntersNotPoachers campaign highlights the irony that tribal peoples are persecuted for hunting while trophy hunting is encouraged. © Survival

Tribal people and Survival International are calling on the United for Wildlife conference in Botswana to issue a statement on tribal subsistence hunting: “Tribal peoples shouldn’t be criminalized for hunting to feed their families.”

- Mr Bennett and the Bushman spokesperson will be available for interviews following the press conference, and will attend the IUCN symposium "Beyond Enforcement: Communities, governance, incentives and sustainable use in combating wildlife crime", held in Muldersdrift, South Africa, from February 26-28, 2015;
- The “United for Wildlife” conference on the illegal wildlife trade will be held in Kasane, Botswana, on March 25, 2015;
- Survival recently launched its Parks Need Peoples campaign to challenge a model of conservation that has led to the persecution of tribal people, based on these 5 principles
- Please register your attendance at the press conference with [email protected]