A tribe in eastern India are facing a new threat from mining on their ancestral land, despite having won a major “David & Goliath” legal battle in 2014.

The Dongria Kondh were originally threatened by international mining corporation Vedanta Resources, who tried to open a bauxite mine in their sacred Niyamgiri hills, but were prevented by the Indian Supreme Court, which ruled that the Dongria should decide whether to allow the mine to go ahead.

The tribe unanimously rejected Vedanta’s plans to mine their hills during a historic referendum in which all twelve villages that were consulted voted against the mine.

Now, however, the Odisha state is trying to re-open the issue, petitioning for the right to hold another referendum for the Dongria to pave the way for a large-scale mining operation, this time by state-run Odisha Mining Corporation.

British-owned Vedanta opened a bauxite refinery close to the Dongria’s hills without having secured permission to mine in the area. Even though the mine itself was quashed, the refinery has continued to operate at a loss. 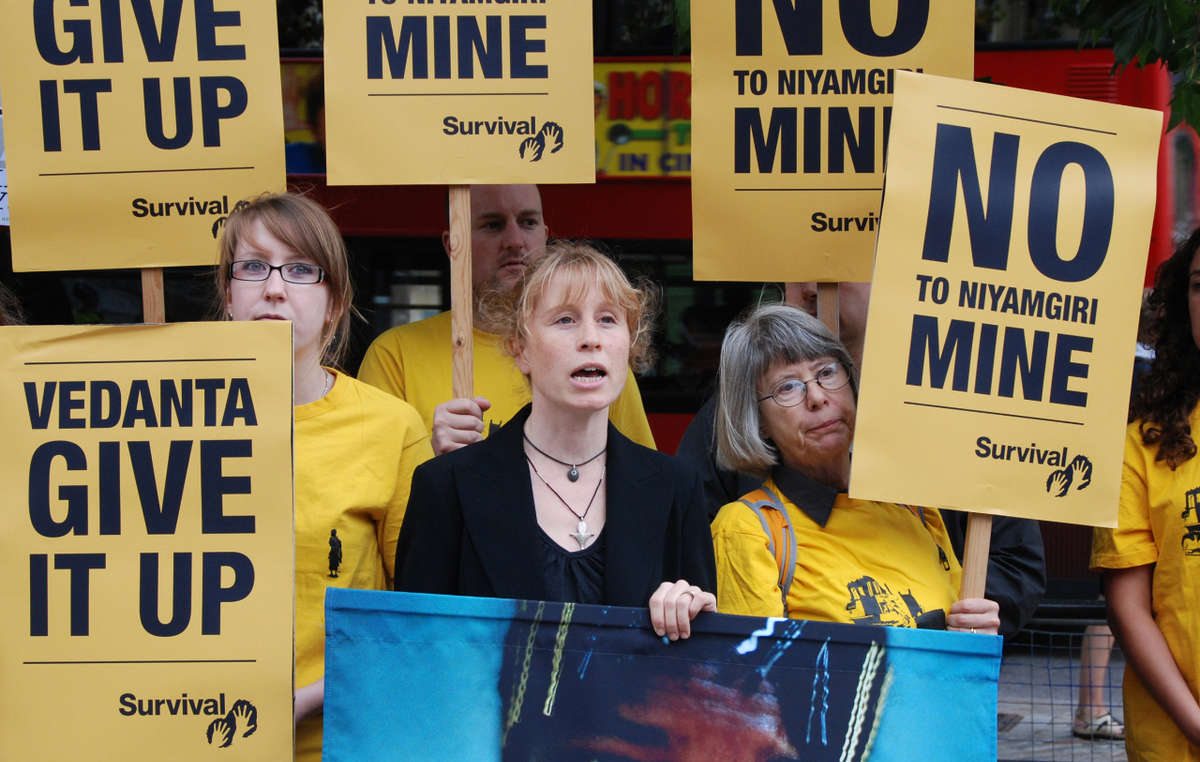 Survival campaigned against Vedanta’s plans and will continue to advocate for the Dongria’s right to protect their sacred hills © M. Cowan/Survival

Despite strong resistance to the project from the Dongria, who have lived in the Niyamgiri hills for generations, the state authorities are keen to keep the refinery open and expand mining operations in the region.

Last year Mukuna Sikaka, a Dongria tribesperson, said: “We are not going to allow mining over Niyamgiri at any cost – not for all the developmental efforts of the government.”

Survival International led a successful global campaign against Vedanta’s plans, and is now calling for the Odisha state authorities to respect the Dongria’s decision to reject the mine.

Survival Director Stephen Corry said: “It is bitterly disappointing to see that the Odisha state authorities have still not learned to respect the wishes of the Dongria Kondh. Tribal peoples have a right under Indian and international law to determine what happens on their lands, yet still governments and corporations insist on putting profits before people’s wishes. Attempts to resume this project after international outcry and stern resistance from the Dongria themselves are not only un-democratic and illegal, but also deeply immoral.”