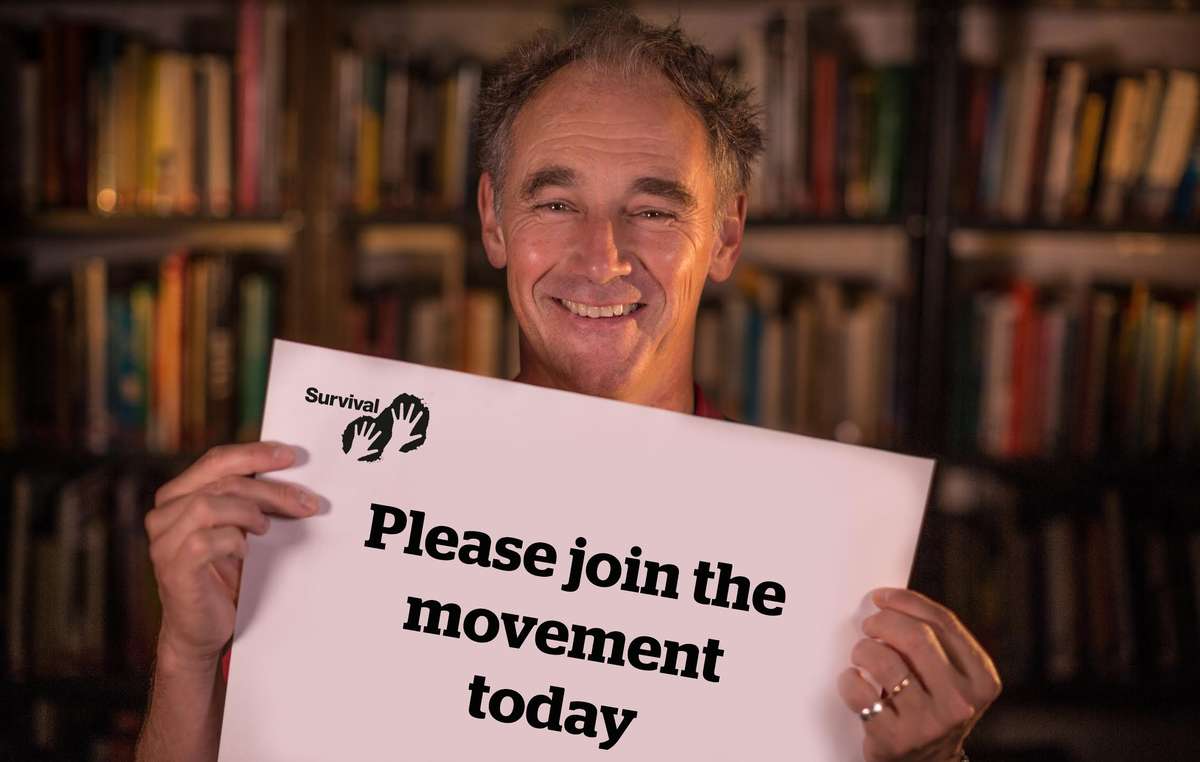 Oscar winning actor Mark Rylance has made a film for Survival International, the global movement for tribal peoples’ rights, urging the public to help prevent the annihilation of tribal peoples around the world.

Mark Rylance said: “Tribal peoples need to be respected as contemporary societies and their human rights protected. Together we can prevent the annihilation of tribal peoples. That is why I am an Ambassador for Survival International and I urge people to join the movement today.”

Mark Rylance became an Ambassador for Survival International in 2010 having been involved with the organization for many years. He recently narrated a film, “Last of the Kawahiva,” highlighting the plight of the Kawahiva tribe, a tiny group of uncontacted Indians in the Brazilian Amazon who teeter on the brink of extinction.

The campaign saw a dramatic response from the Brazilian government, which agreed to map out and protect the Kawahiva’s land in April 2016.

All uncontacted tribal peoples face catastrophe unless their land is protected. Whole populations are being wiped out by violence from outsiders who steal their land and resources, and by diseases like flu and measles to which they have no resistance. The success of Survival’s global campaign has given the Kawahiva the chance to determine their own futures.

Rylance has also joined Survival’s tourism boycott of Botswana until the country’s government allows the Bushmen to return to their ancestral lands after they were illegally evicted.

The Bushmen are accused of “poaching” because they hunt to feed their families. And they face arrest and beatings, torture and death, while big game trophy hunters are encouraged.

As well as campaigning Rylance has helped raise much needed funds for Survival International, putting on several fundraising events including creating and directing “We Are One – a celebration of tribal peoples” at the Apollo Theatre (2010), and a play about Bartolomé de las Casas at Middle Temple Hall (2014).

Survival International is the global movement for tribal peoples’ rights. Survival is the only organization that champions tribal peoples around the world, helping them defend their lives, protect their lands and determine their own futures.

Survival’s Director Stephen Corry said: “We’re delighted that Mark Rylance, who’s supported Survival for so many years, has made a film which will inspire people to join the global movement for tribal peoples’ rights. We depend on supporters like Mark to help us fight one of the most urgent and horrific humanitarian crises of our time. We won’t give up until we all have a world where tribal peoples are respected as contemporary societies and their human rights protected.”