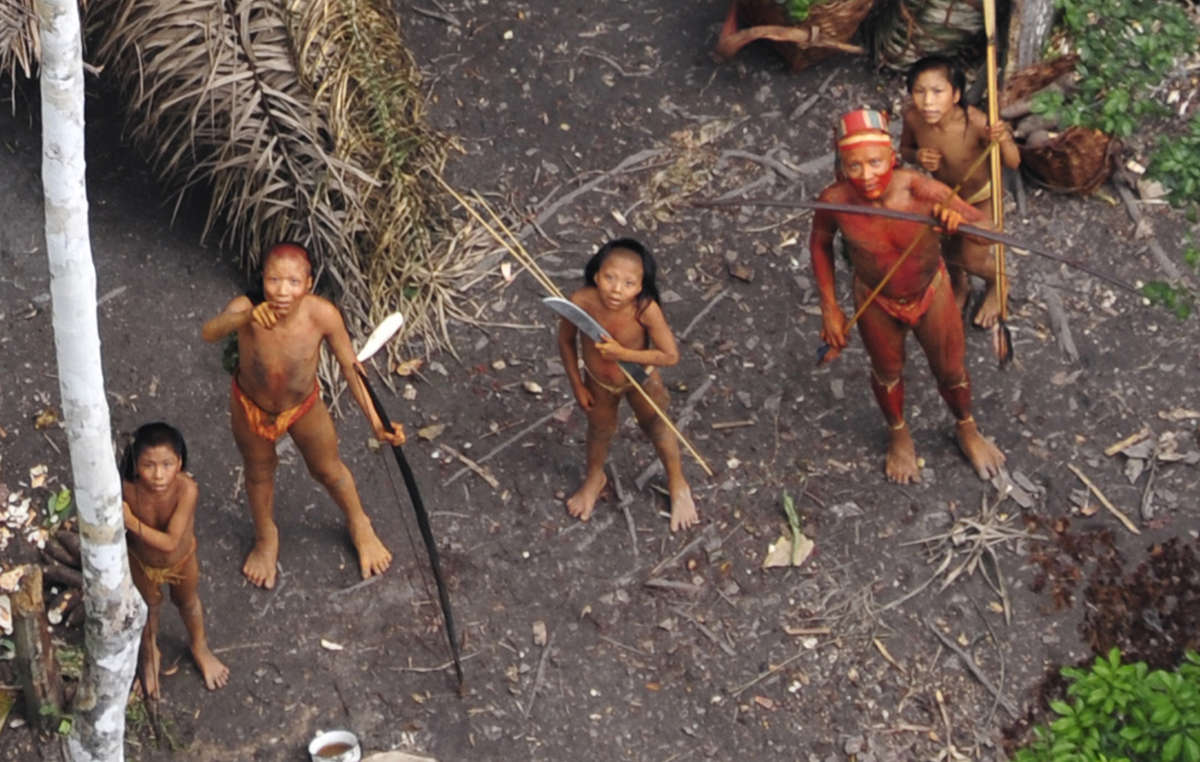 The UN has condemned Brazil’s onslaught on indigenous rights, which threatens to wipe out uncontacted tribes © G. Miranda/FUNAI/Survival

The United Nations and the Inter-American Commission on Human Rights have condemned Brazil’s “attack” on its Indigenous peoples.

In a new statement, UN and IACHR experts have warned that Brazilian Indians are at great risk as politicians continue pushing to weaken their hard-won land rights.

Brazil’s constitution states that Indigenous territories must be mapped out and protected for the Indians’ exclusive use. But anti-Indigenous politicians linked to Brazil’s powerful agribusiness lobby are calling for changes to the law which could enable them to steal and destroy these lands for large-scale plantations and “development” projects. This is the most serious attack Brazilian Indians have experienced in decades.

Without their lands, Indigenous peoples cannot survive. Tribes nationwide have united in protest against this onslaught on their rights. One Indigenous leader, Adalto Guarani, said that the politicians’ plans “are like an atomic bomb… which could kill all the Indians in Brazil” and has called for people around the world to take action.

Brazil is home to over 250 tribes, including over 100 who are uncontacted and reject contact with mainstream society. Uncontacted tribes are the most vulnerable peoples on the planet. They face genocide and will be killed by disease and violence brought by invaders if their land is not protected, but the teams charged with keeping outsiders away are paralyzed by recent budget cuts.

The statement slams the “illegitimate criminalization” of Indigenous peoples’ allies. The anti-Indigenous agribusiness lobby instigated an inquiry whose recently published report attacked Indigenous leaders, anthropologists, public prosecutors and NGOs, including Survival International. The report was met with outrage and incredulity in Brazil and beyond.

The experts also highlighted that over the last 15 years, Brazil has seen “the highest number of killings of environmental and land defenders of any country”. Dozens of Indigenous leaders have been assassinated in recent years, following attempts to reoccupy their ancestral land, and last month, thirteen Gamela Indians were hospitalized after a violent attack by men armed with machetes in the Amazon.

The UN and the IACHR have recommended that “Brazil should be strengthening institutional and legal protection for Indigenous peoples”.

Survival has launched a campaign to defend Indigenous rights in Brazil.