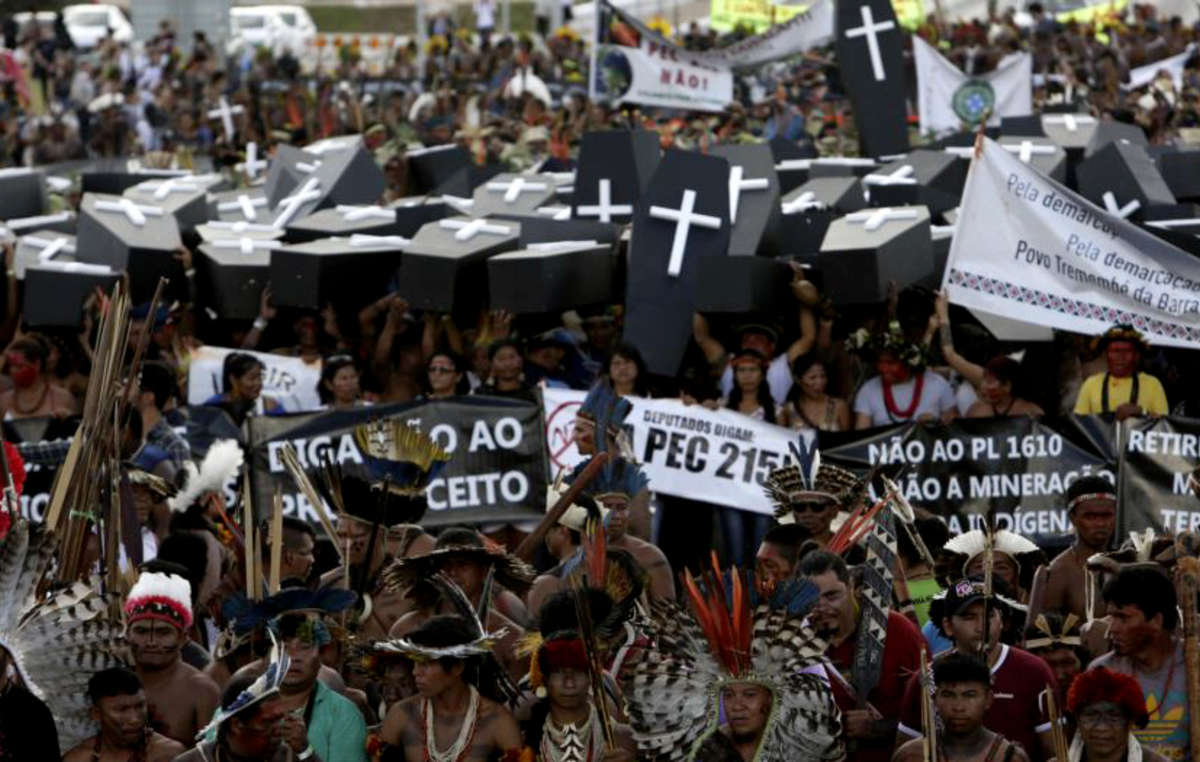 The Brazilian President Michel Temer has accepted a controversial legal opinion which denies Indigenous people the right to their land, and made it official policy.

The opinion states that Indigenous peoples do not have the right to their land if they were not occupying it when the current constitution came into effect in October 1988.

The opinion contradicts the constitution, which clearly states that Indigenous peoples have the right to exclusively occupy and use the lands which they have inhabited since long before European colonization of the country.

Brazil’s federal prosecutor’s office and eminent jurists say that this is only an opinion, and has no legal status as well as being unconstitutional.

Luiz Henrique Eloy, a Terena Indian lawyer working at APIB, the Network of Indigenous NGOs in Brazil said: “Using this time frame is totally anti-constitutional; the constitution recognizes Indigenous rights as original rights which precede any other. This [opinion] is the position of some ministers, it’s not consolidated.”

Congress is due to vote next month on whether to approve charges of corruption against President Temer. In the lead up to this vote, analysts report that the President is trying to consolidate his support among legislators, many of whom are linked to or represent Brazil’s powerful agri-business sector which is vehemently anti-Indian.

Many in the agri-business sector, particularly in the south and central states, are occupying and profiting from Indigenous territories after the Indigenous owners were evicted decades ago.

Campaigners fear that President Temer is prepared to seriously undermine Indigenous rights for the sake of shoring up his own support.

Deputy Luis Carlos Heinze, a prominent member of the Chamber of Deputies’ Agriculture Commission, who was consulted about the opinion before it was made public said: “[Now, with this opinion], more than 90% of the [more than 700] cases [of demarcation of Indigenous territories in progress] in Brazil are illegal and will be shelved."

Survival gave him its Racist of the Year Award for offensive remarks about Indigenous peoples.

Indigenous organizations and NGOs in Brazil published a strongly worded press release yesterday condemning the opinion and calling for the public prosecutors’ office to suspend it.

Survival International has been campaigning alongside Indigenous peoples and NGOs in Brazil against the undermining of Indigenous rights, and condemns this illegal action against Brazil’s first peoples.