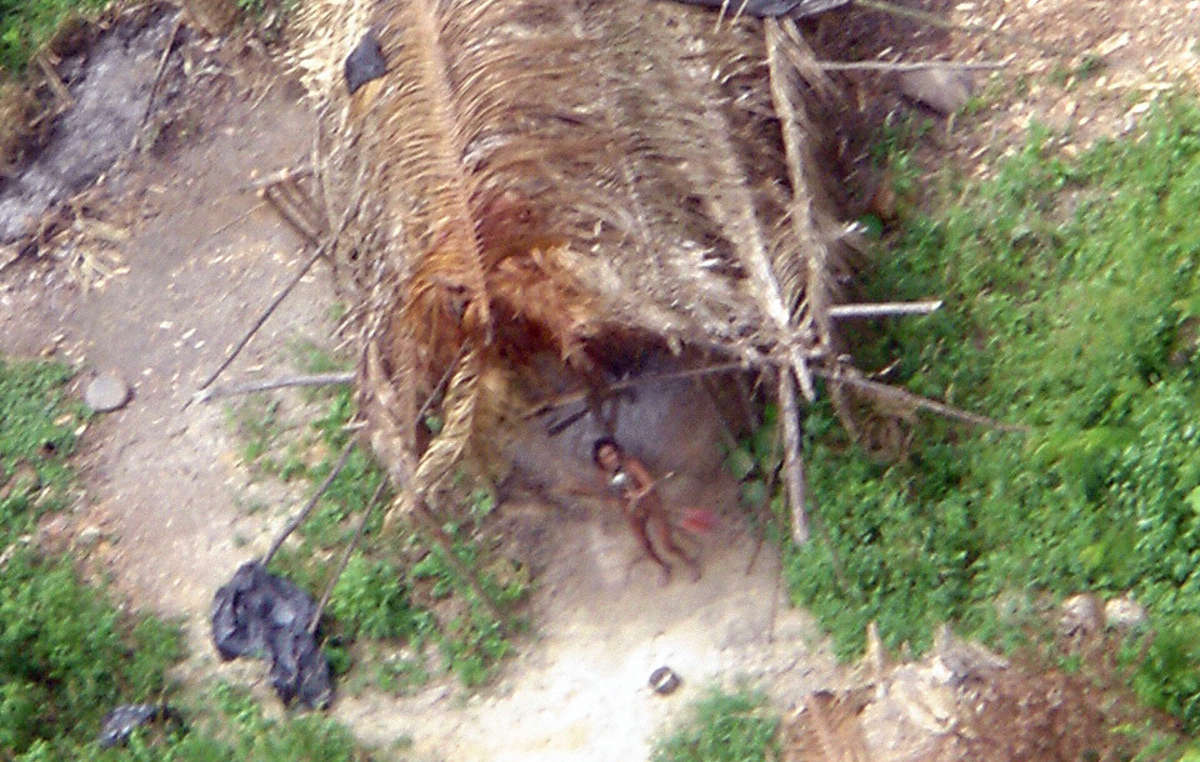 This page was last updated on November 17, 2020 and may contain language which is now outdated.

- The famed Papaya Forest on Bananal Island, the world’s largest fluvial island. It’s inhabited by uncontacted Ãwa people. Eighty per cent of the forest burned in fires last year – fires have been seen this year in one of the last areas of intact forest. More than 100,000 head of cattle now graze on the island.

- The Ituna Itatá (“Smell of Fire”) Indigenous territory in Pará state, inhabited exclusively by uncontacted Indians. This reserve was the most heavily deforested Indigenous territory in 2019, as land grabbers and cattle ranchers invaded. In the first four months of 2020, another 1,319 hectares of forest were destroyed, an increase of almost 60% compared to the same period last year.

- The Arariboia territory in the eastern Amazon state of Maranhão: uncontacted Awá inhabit this territory, which has already been extensively invaded. Amazon Guardians of the neighboring Guajajara tribe are warning daily that illegal loggers are destroying the forest at alarming rates. (The Ãwa people of Bananal Island and the Awá tribe of Maranhão state are distinct peoples).

- The Uru Eu Wau Wau territory. Uncontacted Indians inside this territory shot and killed famed Amazon expert Rieli Franciscato last month – campaigners fear the group is being forced out of the forest by the invasions. 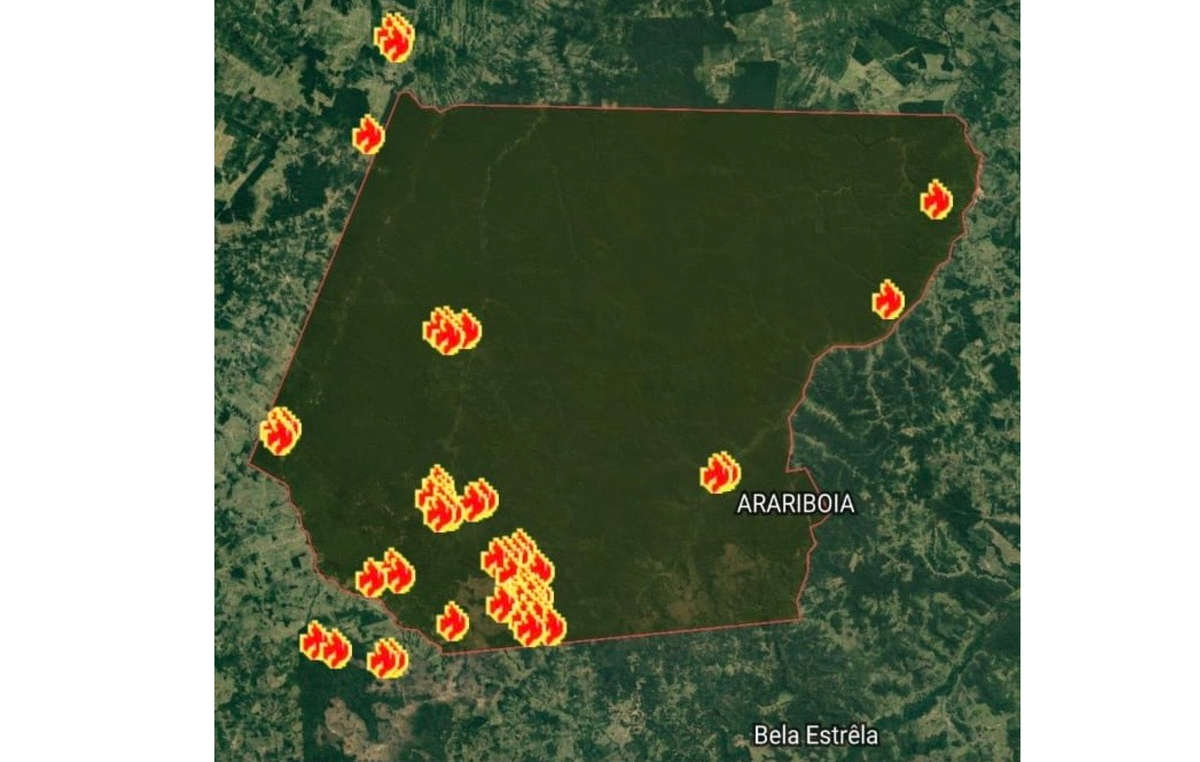 Many of the fires are being started to clear the rainforest for logging and ranching, and millions of tons of soya, beef, timber and other products are imported into Europe and the US each year. 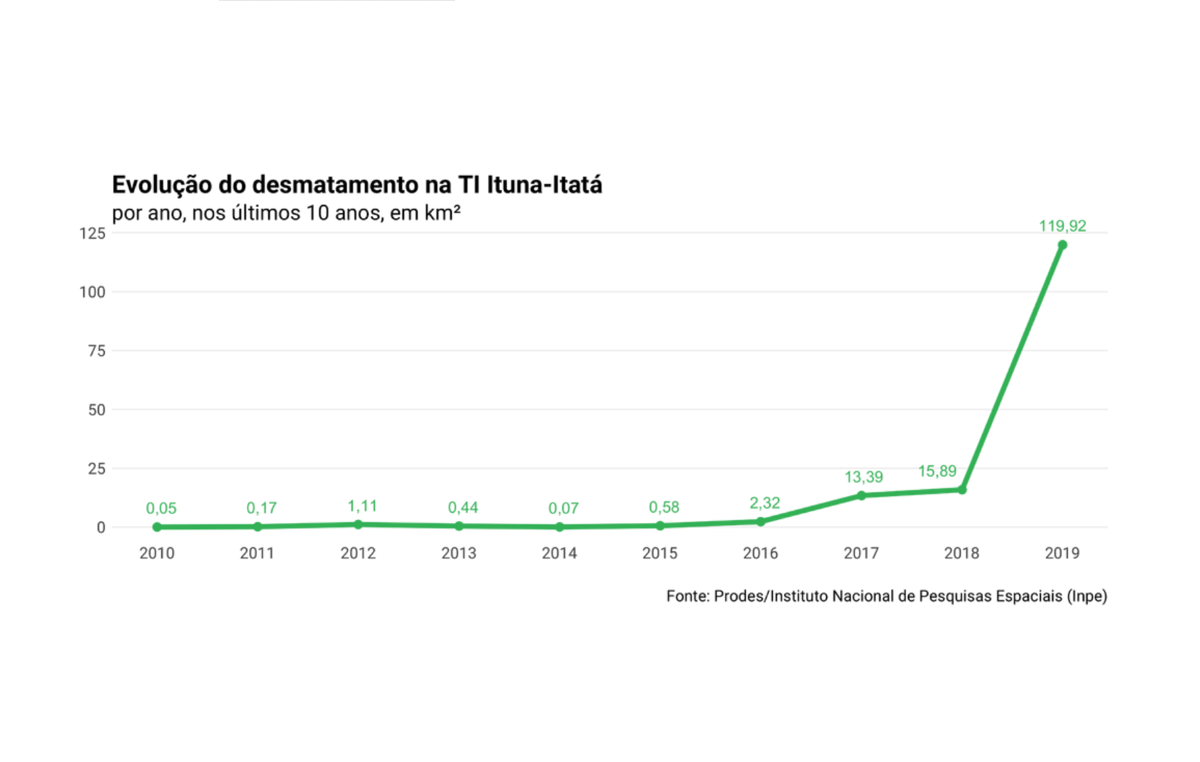 APIB (the Association of Indigenous Peoples of Brazil) has launched a campaign to highlight the links between Bolsonaro, his agribusiness backers, and the genocidal violence being committed against Indigenous peoples across the country. They are asking people and companies around the world to stop buying products that are fuelling the destruction of their territories.

Survival has launched a global action calling on supermarkets in Europe and the US to stop buying Brazilian agribusiness products until Indigenous rights are upheld.

Ângela Kaxuyana, spokesperson from COIAB, the Coordination of Indigenous Organizations of the Brazilian Amazon, said: “Land grabbing, deforestation and arson directly threaten the lives of our uncontacted relatives. The destruction of the territories that are their only sources of life, from where they obtain their food (fauna, flora and water), could end in their extermination."

Tainaky Tenetehar, one of the Guajajara Guardians who protect the Arariboia reserve for the Guajajara people and their uncontacted neighbors, said today: “We fight to protect this forest, and many of us have been killed doing so, but the invaders keep coming. They have damaged the forest so much in recent years that their fires are now much bigger, and more serious, than before, as the forest is so dry and vulnerable. The loggers must be evicted – only then can the uncontacted Awá survive and thrive.”

Survival’s Senior Researcher Sarah Shenker said: “In many parts of Brazil, uncontacted tribes’ territories are the last significant areas of rainforest left. Now they are being targeted by land grabbers, loggers and ranchers emboldened by Bolsonaro’s open support for them. Consumers in the US and Europe must understand that there’s a direct connection between the food on their supermarket shelves and this genocidal destruction – and act accordingly. Uncontacted tribes are the most vulnerable peoples on the planet, and at the same time nature’s best guardians, by far. We cannot let their land go up in flames.”