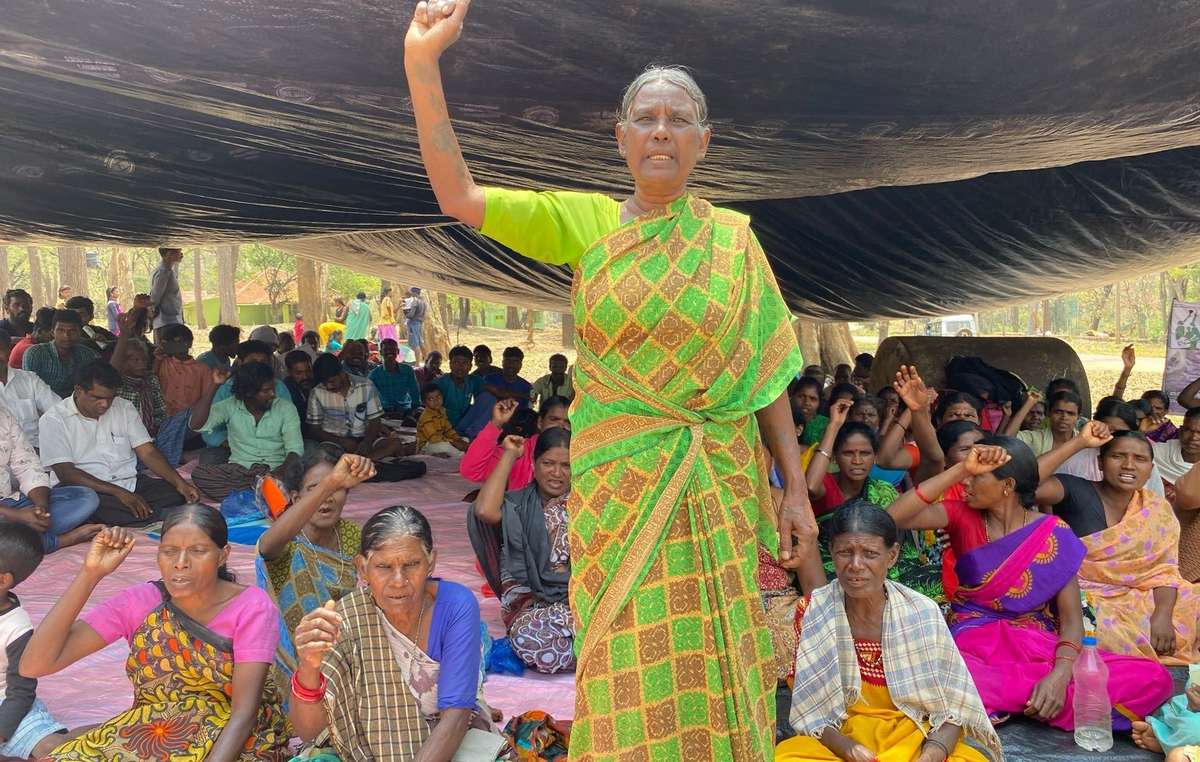 Shanti, from the Jenu Kuruba tribe, protests with her people outside the Nagarhole National Park, India. © Survival

Hundreds of Jenu Kuruba people have launched an indefinite protest in the Nagarhole National Park, India, to demand that the authorities stop trying to evict them, and recognize their rights to the forest.

The tribe, renowned for their honey-gathering skills, are camped outside the Nagarhole Forest Rangers’ office. Their lands have been turned into a tiger reserve for tourists, and many Jenu Kuruba have already been forcibly evicted by India’s Forest Department, with the backing of the Wildlife Conservation Society. 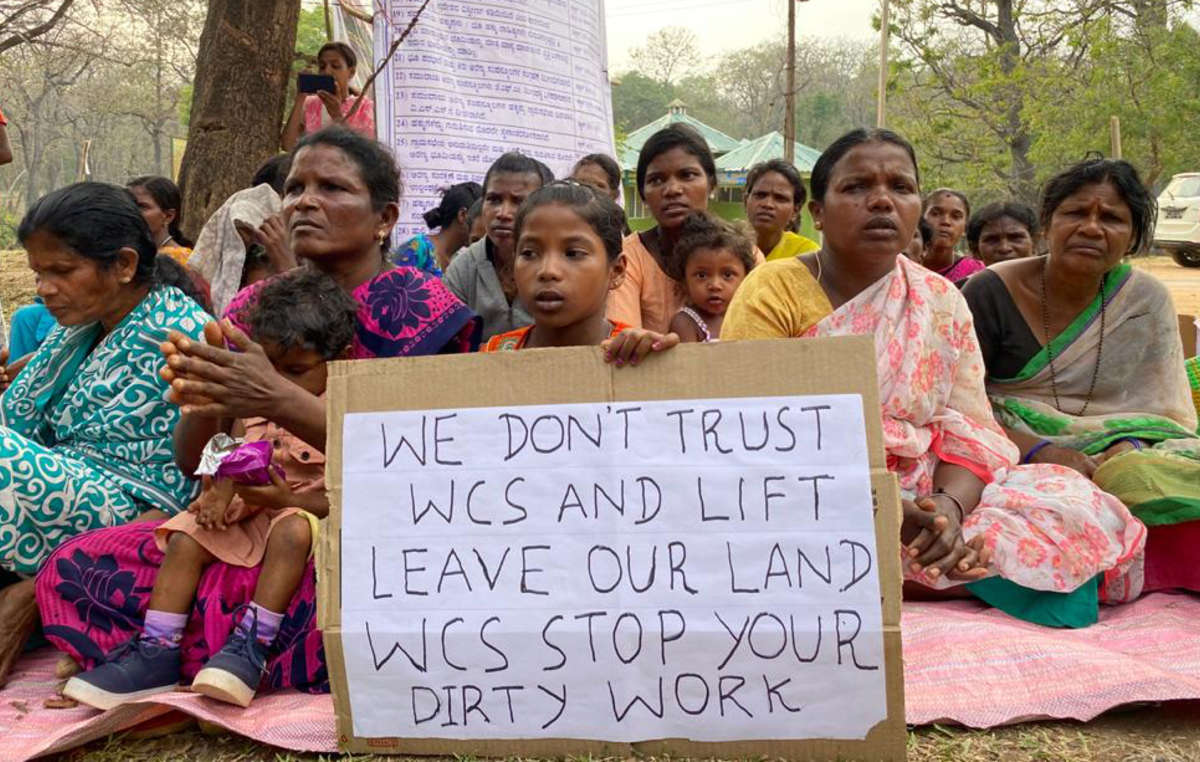 According to India’s Forest Rights Act (FRA), the tribe has rights to live in, “protect” and “conserve” their lands. The Jenu Kuruba’s rights to their lands should have been recognized many years ago – they first submitted their claims in 2009. But like many tribes across the country, their claims have been ignored.

The evictions and harassment that the Jenu Kuruba have endured are part of a racist and colonial conservation model that takes Indigenous peoples’ land and turns it into protected areas for tourism, accompanied by gross human rights abuses.

The protest comes at a time when dissent is being brutally crushed in Modi’s authoritarian India. The police response to farmers’ protests in Delhi sparked international outrage and many Adivasi activists, such as Hidme Markam, have been arrested and imprisoned for speaking out. 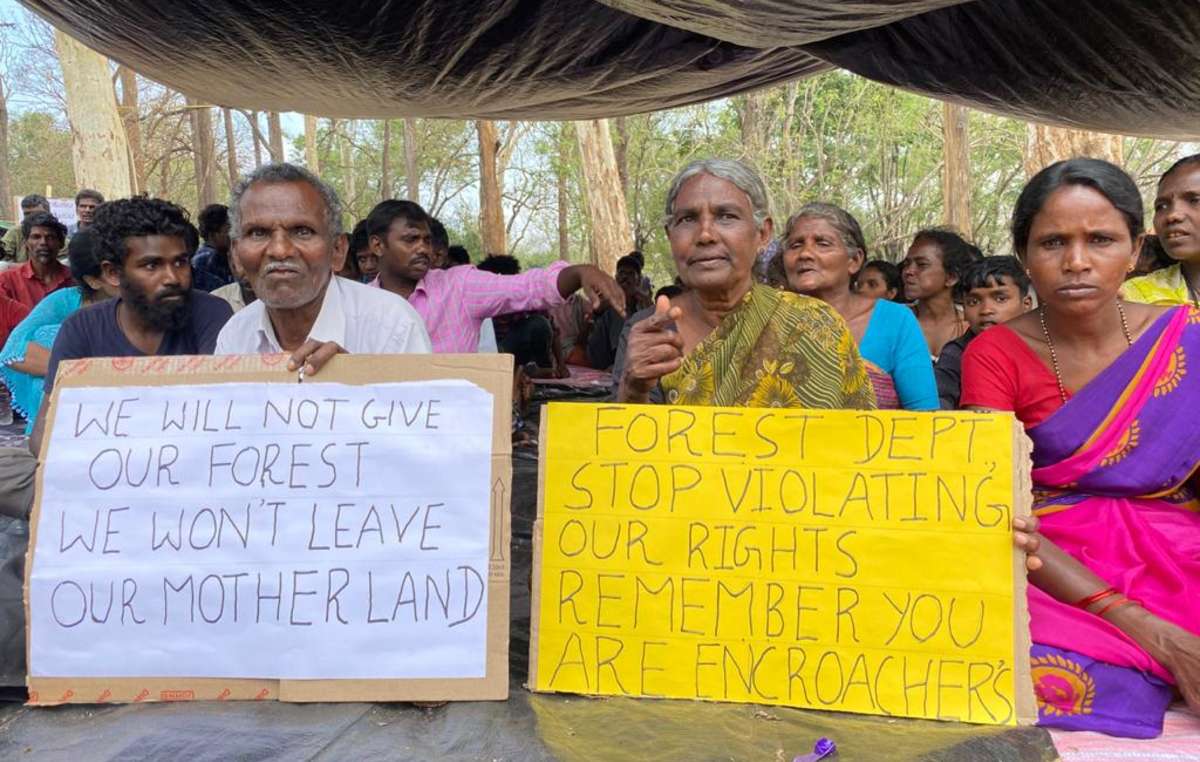 For many years, WCS India has led the call for the relocation of tribal peoples from tiger reserves, insisting these are “voluntary relocations” which benefit the tribes. Yet communities report worse living conditions and a desire to return to their forest, prompting the US government to halt funding for relocations in the name of conservation.

JK Thimma told Survival: “WCS go to the Forest Department and bring officials and come here to tell us to leave.” He added: “We don’t want any money. We want to live free in the forest. The tribes, the forest and the animals are all one thing. If the officials come and shoot us we are ready to die, but not to leave the forest.” 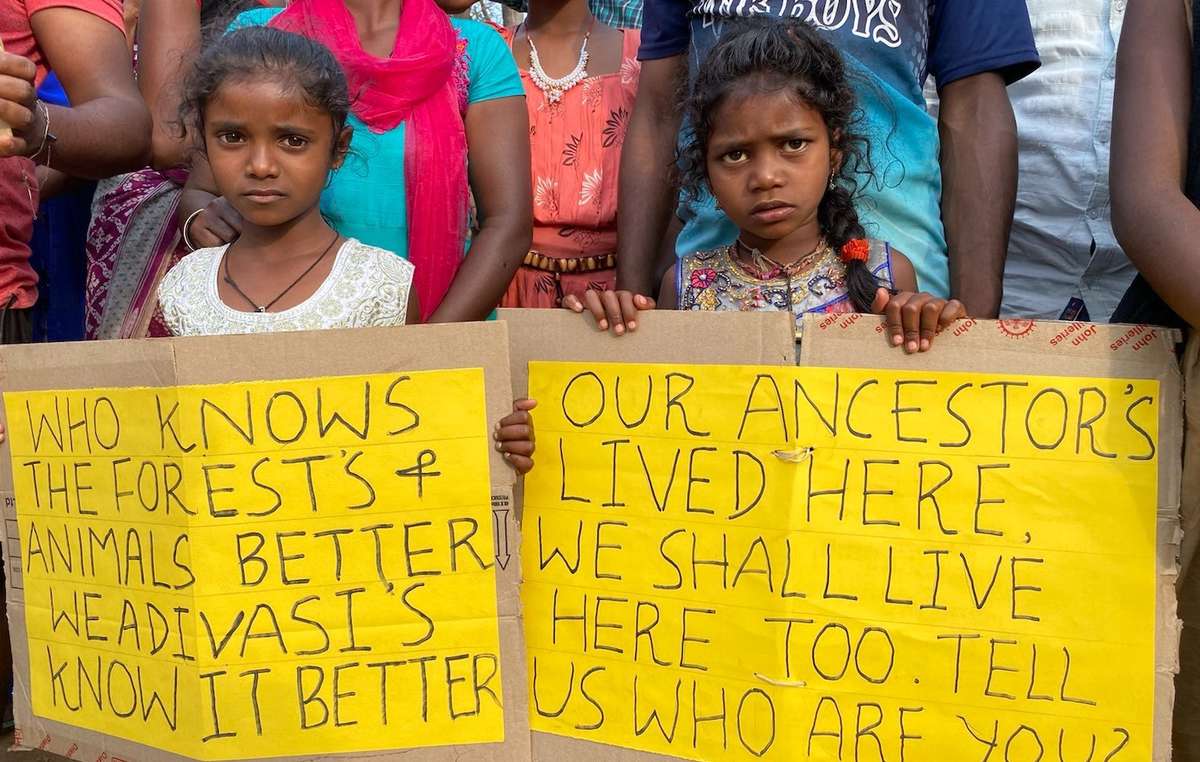 The Jenu Kuruba have lived in and protected the forests of Karnataka for millennia. They worship the tiger, and their careful management of the forest has ensured a healthy tiger population.

Muthamma, a Jenu Kuruba woman explained: “We’ve lived together with tigers for centuries, we don’t kill them and the tigers don’t kill us. We revere the tiger as a deity; we have a tiger altar over in the forest. The conservationists from the city don’t understand the forest. As long as we’re alive the tigers will still be safe. If we disappear, the loggers and poachers will have free rein.”

Another forest-dwelling tribe, the Soliga, were the first tribe to get their community forest rights recognised in a tiger reserve – which then saw tiger numbers increase far more than the national average.

Survival’s Senior Researcher Sophie Grig said today: “The Jenu Kuruba face constant harassment and threats from forest guards, who stop them from growing their food, building their houses, practicing rituals in their sacred groves or accessing their family graves. All these are flagrant violations of their rights. The Jenu Kuruba are the true conservationists and protectors of Nagarhole’s forests – it’s high time that their rights to live in, protect and conserve their ancestral lands are recognised.”