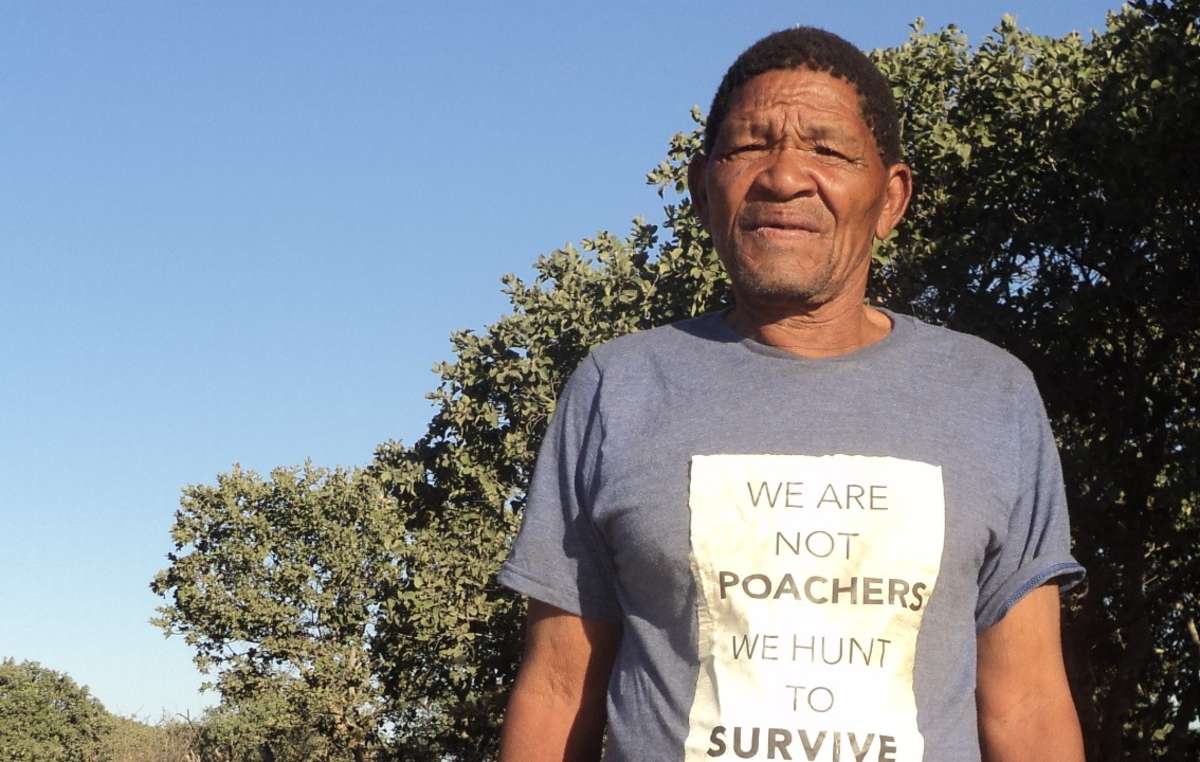 Bushman leader Roy Sesana has appealed to Prince William to acknowledge that the Bushmen are hunters not poachers. © Survival International

Ahead of the visit of the Duke and Duchess of Cambridge to the United States this week, a Botswana Bushman leader has appealed to Prince William for help in recognizing that tribal peoples who hunt for food are not poachers.

The couple are scheduled to visit New York and Washington D.C., where Prince William will launch his “United for Wildlife” initiative in the United States – a consortium of conservation organizations such as Conservation International and the Worldwide Fund for Nature (WWF) aiming to tackle the illegal wildlife trade.

But initiatives like United for Wildlife – which uses the slogan #WhoseSideAreYouOn – risk criminalizing tribal peoples like the Bushmen in Botswana’s Central Kalahari Game Reserve and the Baka “Pygmies” in Cameroon by failing to openly acknowledge their rights to live on their ancestral land and hunt for food.

In a letter addressed to Prince William, renowned Bushman leader Roy Sesana wrote, "For a long time now the government in our country says we are poachers because we hunt to feed our families on our land. It tries to stop us from hunting, even though our High Court said that this is a death sentence for us. The wildlife scouts are arresting and beating up many Bushman hunters.

“… Today we Bushmen are crying for our homes and our wild animals. I am asking you, please tell [Botswana’s] President Khama and conservationists that when we hunt on our ancestral lands to feed our families, we are not poachers. We have lived with the wild animals for generations and we will always care for them, for our children and our children’s children.”

Survival International, the global movement for tribal peoples’ rights, recently exposed hundreds of cases of abuse of the Kalahari Bushmen at the hands of wildlife officers and police. Its "Parks Need Peoples" report exposes how conservation has led to the evictions of millions of tribal people from “protected areas,” as well as the abuse faced by tribal peoples like Bushmen or Baka. 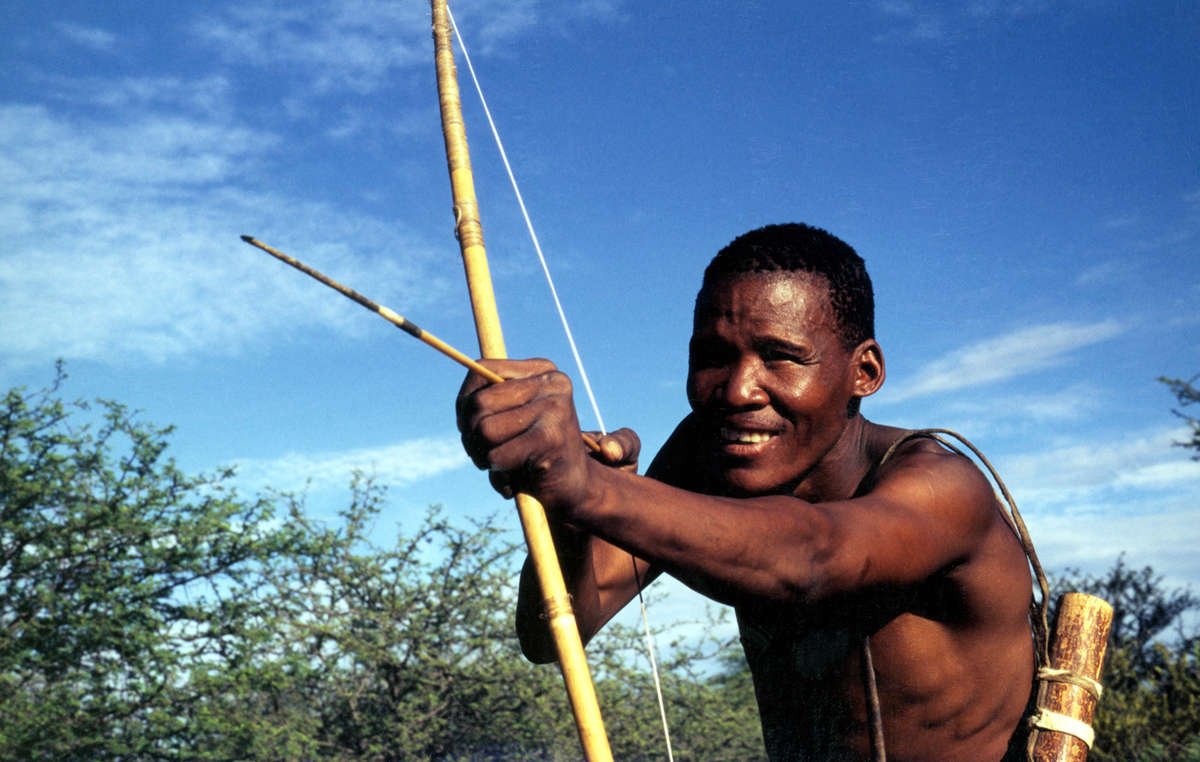 The Bushmen hunt for their survival yet they are accused of ‘poaching.’ © Philippe Clotuche/Survival

Survival has urged United for Wildlife to publicly acknowledge tribal peoples’ rights to live on their traditional land and hunt for food. Tribal peoples are better at looking after their environments than anyone else, and should be recognized as the best conservationists and guardians of the natural world.

Survival’s Director Stephen Corry said today, “By refusing to recognize that tribal hunters are not poachers, United for Wildlife is perpetuating a long history of human rights abuses carried out in the name of ‘conservation.’ Organizations that promote safari hunting are amongst U4W members – how do they justify banning subsistence hunters from feeding their families whilst encouraging fee-paying big game hunters? It’s nothing more than colonialism in a ‘green’ guise and Survival is fighting these abuses.”