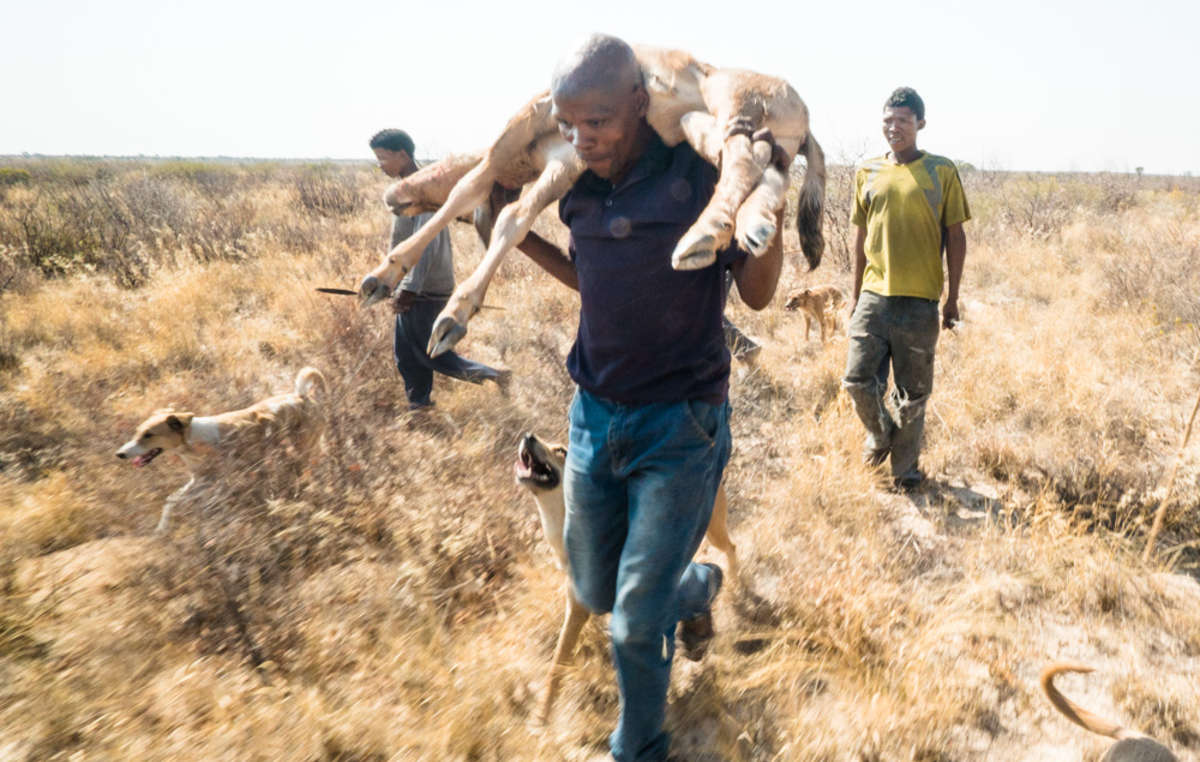 Bushmen have been criminalized for feeding their families under Botswana’s hunting ban. © Forest Woodward / Survival, 2015

A group of Bushmen who were hunting antelope to feed their families have been shot at from a police helicopter – which later crashed injuring six officers – while it was enforcing Botswana’s hunting ban. Nine Bushmen were arrested and subsequently stripped naked and beaten while in custody.

The Bushmen’s right to live and hunt for food on their ancestral land in the Central Kalahari Game Reserve has been recognized by Botswana’s high court.

Despite this, the government continues to label them as “poachers” and is now using advanced military technology to persecute them and their way of life. This militarization of conservation efforts reflects a global trend which has concerned many human rights campaigners.

It has led to a situation in which Bushmen are accused of “poaching” because they hunt to feed their families and face arrest and beatings, torture and death, while big game trophy hunters are encouraged.

As well as helicopters, Botswana has also used planes, equipped with advanced heat sensors, communicating with armed guards on the ground. They claim this is all intended to crack down on poachers. But the Bushmen’s lands are not wilderness and there are no elephants or rhinos living in the reserve, which was originally set up to allow the Bushmen to continue to hunt.

According to conservation expert Phil Marshall: "There is no wildlife of special rarity or particular value in the southern [part of the reserve].” Nevertheless, the government insists on introducing heavy-handed conservation tactics to “protect” lands that the Bushmen have been dependent on and managed for millennia.

Botswana announced a “nationwide hunting ban” in 2014, but while it has clamped down on Bushman subsistence hunting, wealthy tourists are still allowed to shoot big game. 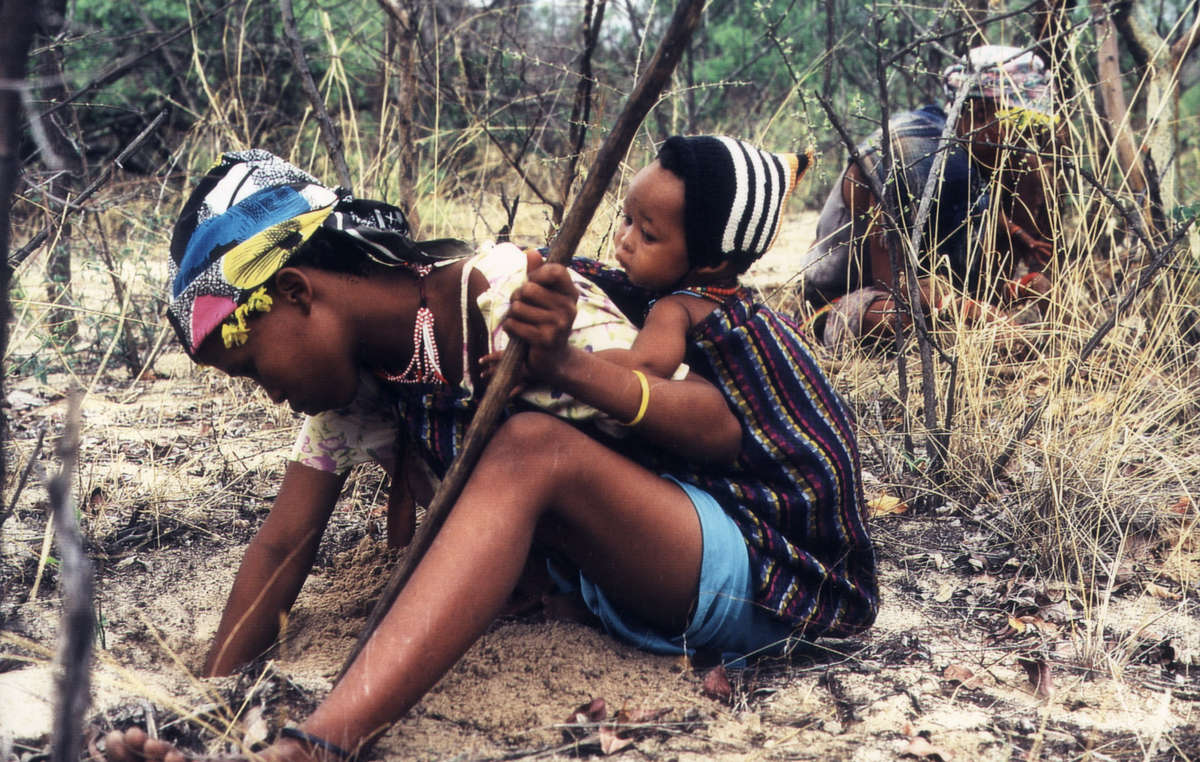 The Bushmen have lived by hunting and foraging in the Kalahari for millennia. © Philippe Clotuche/Survival

Jumanda Gakelebone, a Bushman spokesman, said: “Now they are using planes it’s difficult for anyone to survive.”

Another Bushman, who wanted to remain anonymous, said: “People are very angry at the government. People have decided they will do everything now to go to court. We don’t trust the government…  We strongly condemn this latest incident and call on the international community to intervene. The government is still fighting the Bushmen despite its claims.”

The new tactics are similar to those seen in Kaziranga National Park in India, where 62 people have been extrajudicially killed in nine years, and a seven-year-old boy was recently shot by park guards.

Survival has documented dozens of human rights abuses against Bushmen by wildlife officials in the Kalahari. Research has suggested that targeting tribal hunters diverts action away from tackling the true poachers – criminals conspiring with corrupt officials.

Earlier in 2016, Survival launched its “Bot50” campaign calling for the Bushmen to be allowed to return to their lands in time for the country’s fiftieth anniversary in September, rather than continuing to deny them access to it in the name of wildlife conservation. Evidence proves that tribal peoples are better at looking after their environment than anyone else. They are the best conservationists and guardians of the natural world.

Survival’s Stephen Corry said: “As if the Bushmen haven’t already suffered enough, now they face the prospect of police in helicopters shooting them on sight. Botswana’s president General Khama and his government should be ashamed of themselves for implementing this sort of above-the-law brutality, and so should the big conservation organizations who have failed to speak out against these tactics. “Shoot on sight” is immoral, it’s a con, and it’s harming conservation. Targeting tribal hunters harms conservation. How many more people have to die needlessly before conservationists realize this?”