Akash Orang is maimed for life after being shot by Kaziranga park guards while he was walking near his home in 2016.
© JEEPAL

Survival International has launched a boycott of Kaziranga National Park in India – notorious for its “shoot on sight” conservation tactics – beginning this World Wildlife Day (March 3). The boycott will last until the park stops shooting people on sight.

Survival has written to 131 tour companies in 10 countries urging them to join the boycott. Two French operators – Hote Antic Travel and Evaneos – have already signed up.

Sir Mark said: “I am eager to join Survival’s boycott of Kaziranga National Park. Shooting people on sight is never justified, and too many innocent tribal people have already been shot."

106 people have reportedly been killed in the park in the last 20 years. A seven-year-old tribal boy was shot there in July 2016 and maimed for life. In a separate incident, a severely disabled tribal man was killed while trying to retrieve a stray cow.

A recent BBC investigation uncovered torture by park guards, who are also instructed to shoot intruders on sight, regardless of evidence and without arrest, trial, or any opportunity for questioning. One guard admitted that they were “fully ordered to shoot” anyone who had wandered over the park’s unmarked boundary.

One local man who had been beaten by the park’s officials told a Survival campaigner: “The forest department tortured me, beat me, put electric shocks in my elbows, knees and private parts.” 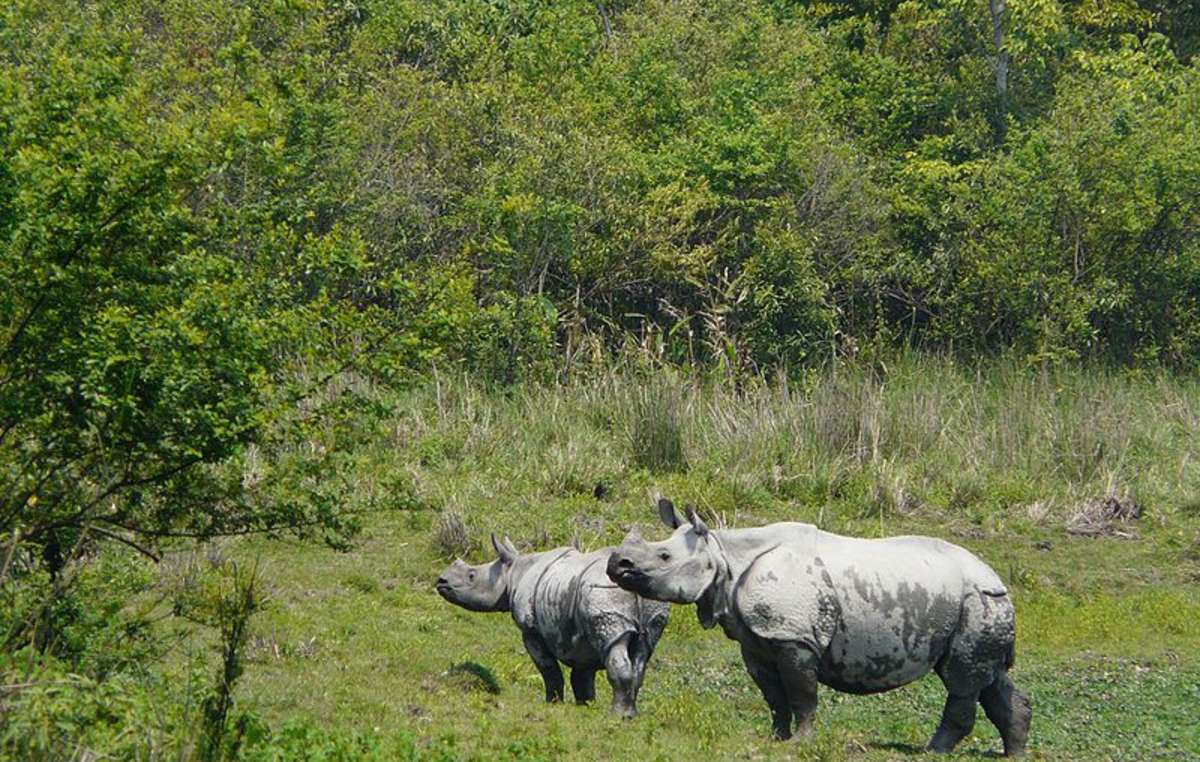 Kaziranga is home to a large population of one-horned rhinos.
© Wikimedia Commons

A 2014 report by the park’s director discussed the issue in great detail. It revealed training mantras for guards include “must obey or get killed” and “kill the unwanted.”

The park is home to several endangered species, including the one-horned rhino and Bengal tiger. It receives over 170,000 tourist visitors a year, despite extrajudicial executions and serious human rights violations committed in the name of conservation.

The World Wildlife Fund (WWF) has provided training and equipment to park guards, including “combat and ambush” training and what the BBC called “night-vision googles.” The organization also advertises tours of the park on its site.

Some conservationists, including Save the Rhino, have been critical of the shoot on sight policy. However, big conservation organizations have ignored Survival’s demand that they condemn the practice, including WWF, the Wildlife Conservation Society, the Nature Conservancy and Conservation International, among others.

Dozens of people have been shot on sight by park guards in Kaziranga.
© Survival

Shoot on sight has been criticized not only for its human rights implications but also for being ineffective conservation. Rory Young, anti-poaching expert and co-founder of anti-poaching NGO Wildlife said: "Shoot on sight is stupid. If we had been shooting on sight during this latest sting operation we would have shot a handful of poachers and that would have been the end of it. Every single poacher is an opportunity for information to get more poachers and work your way up the chain to the ringleaders.”

Survival International is leading the fight against abuses committed in the name of conservation. Shoot on sight fails to tackle the real poachers – criminals conspiring with corrupt officials. Tribal people face arrest and beatings, torture and death in parks like Kaziranga, while many forest officials are accused of involvement in the illegal wildlife trade.

Survival’s Director Stephen Corry said: “Kaziranga conservationists are pretending there’s no shoot on sight in the reserve. It’s simply not true. Park guards are ordered to shoot intruders on sight and children like 7-year-old Akash can be on the receiving end. Shoot on sight is the same as extrajudicial killing. It’s a gross human rights violation that would be publicly condemned if it were operated by any other industry. The big conservation organizations fail to condemn it and even support it.”

People are encouraged to join the boycott here.