On March 27 1996, Roy Sesana (pictured) and John Hardbattle brought their people’s plight to the UN for the first time. © Livia Monami /Survival

March 27 will mark twenty years since the Central Kalahari Bushmen first brought their plight to the UN.

In 2006 Botswana’s own High Court ruled that the Bushmen had been evicted from their ancestral homelands in the Central Kalahari Game Reserve “wrongfully and unlawfully and without their consent.”

Today the government claims that only the small number of Bushmen named in court papers have the right to return home. In a system that has been compared to apartheid-era “pass laws,” it now forces their children and close relatives to apply for permits just to visit them, or risk seven years in prison.

The government was asked to “clarify the matter” in 2014 by UN Special rapporteur on cultural rights Farida Shaheed. Shaheed had found that “the fear amongst affected people is that once the elders have passed away, nobody will be entitled to live in the reserve.”

Earlier this month, Botswana’s Foreign Minister reportedly told the UN Human Rights Council that Shaheed’s observations were “inconsistent with the relocation and the ruling on the CKGR case. The Government did not forcefully relocate Basarwa from the CKGR.” 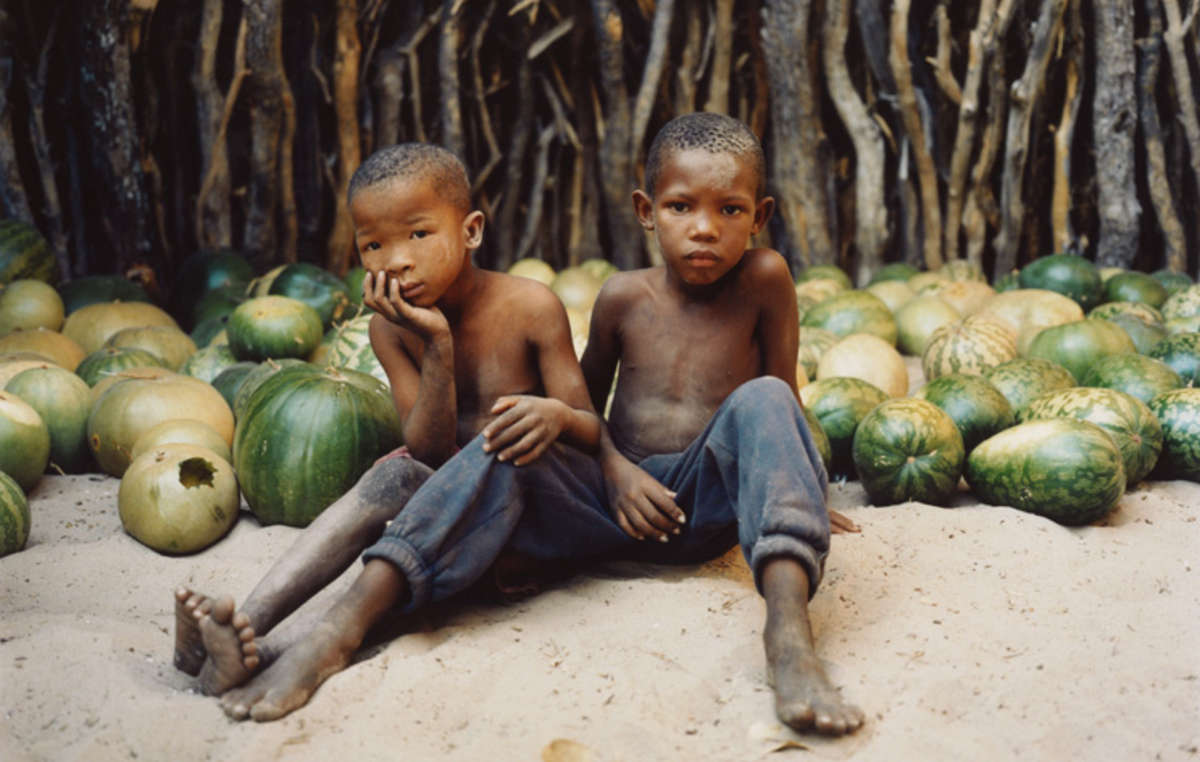 When they turn 18, Bushmen children are forced to apply for one-month permits to visit their parents in the reserve, or risk 7 years in prison © Lottie Davies/Survival

The US State Department and African Commission on Human and Peoples’ Rights have both repeatedly urged the government to fully implement the court ruling.

Survival’s Director Stephen Corry said today: “Botswana’s government thinks it can lie about the misery it has inflicted on the Bushmen, but the court judgment is clear. We hope President Khama will mark Botswana’s 50th year of independence by finally listening to the Bushmen, the UN and, crucially, to his own High Court. This is of huge importance, both for the survival of the Bushmen and for all those who care about democracy and the rule of law in Botswana.”

Timeline: Botswana criticized at the UN

In 2002, UN Special Rapporteur on the rights of Indigenous peoples Rodolfo Stavenhagen visited a resettlement camp and found that the Bushmen were victims of “discriminatory practices,” and were being “dispossessed of their traditional lands.”

Later in 2002, the UN Committee on the Elimination of Racial Discrimination expressed concern at the “ongoing dispossession of Basarwa/San people from their land.”

Over the next years, Stavenhagen and the Committee continued to raise the Bushmen’s plight with the government. In 2005 Stavenhagen expressed “his deep concern about the forcible relocation of hundreds of Bushmen far from their traditional homes and hunting grounds in the Central Kalahari.” He also noted that the Botswana government had not responded to his comments. The government later imposed restrictions on Stavenhagen travelling to Botswana.

In 2005 and 2006, the Committee questioned the Botswana delegation to the UN over the government’s treatment of the Bushmen.

In 2007, Stavenhagen’s successor, James Anaya, and UN Special Rapporteur on the right to food Jean Ziegler wrote to the Botswana government. They had found that the High Court decision was still not being implemented, and that as a result the Bushmen “kept facing numerous impediments in the effective enjoyment of their rights over their traditional lands and resources.”

In 2008, the UN Human Rights Committee urged Botswana to ensure that “all persons who were relocated are granted the right to return to the CKGR (Central Kalahari Game Reserve).”

In 2009, the UN Human Rights Council carried out a review of Botswana, in which Finland urged Botswana to “ensure respect for the rights of the Indigenous people living in the areas of interest to companies active in the diamond business,” and Denmark urged them to “provide access to land and support for the residents of the reserve, as specified in the United Nations Declaration on the Rights of Indigenous people.”

In 2010 Anaya slammed the government’s refusal to let the Bushmen draw water on their land, saying that as a result they “face harsh and dangerous conditions.” He urged the government to “fully and faithfully implement” the 2006 High Court ruling and facilitate “the return of all those removed from the reserve who wish to do so, allowing them to engage in subsistence hunting and gathering in accordance with traditional practices, and providing them the same government services available to Botswanans elsewhere, including, most immediately, access to water.”

In 2013, during the Universal Periodic Review of Botswana at the UN, the United States expressed “concern at a narrow interpretation by the High Court, which prevented hundreds of [Bushmen] from living and hunting on their ancestral lands,” and the United Kingdom called the progress in negotiations between the Botswana government and the Kalahari Bushmen a “matter of urgency.” Recommendations regarding Botswana’s treatment of the Bushmen were also made by Ireland, Norway, Spain, Mexico, Finland and Congo.

In 2014, UN Special Rapporteur on cultural rights Farida Shaheed visited the reserve and noted that, “The fear amongst affected people is that once the elders have passed away, nobody will be entitled to live in the reserve. Furthermore, insisting that people relocate outside the reserve for wildlife conservation purposes is at odds with allowing the continuation of mining and tourism activities.”

Shaheed asked the government to “clarify the matter.” Earlier this month Botswana’s Foreign Secretary reportedly told the UN Human Rights Council that “the observations by the Special Rapporteur are inconsistent with the relocation and the ruling on the CKGR case. The Government did not forcefully relocate Basarwa from the CKGR.” Yet this ruling unequivocally established that the Bushmen had been evicted “wrongfully and unlawfully and without their consent.”

In 2015, Bushmen spokesman Jumanda Gakelebone voiced his concerns about Botswana’s hunting ban at a meeting of the United Nations Permanent Fund for Indigenous Issues. Botswana’s High Court ruled that banning the Bushmen in the reserve from hunting was “tantamount to condemning [them] to death.”