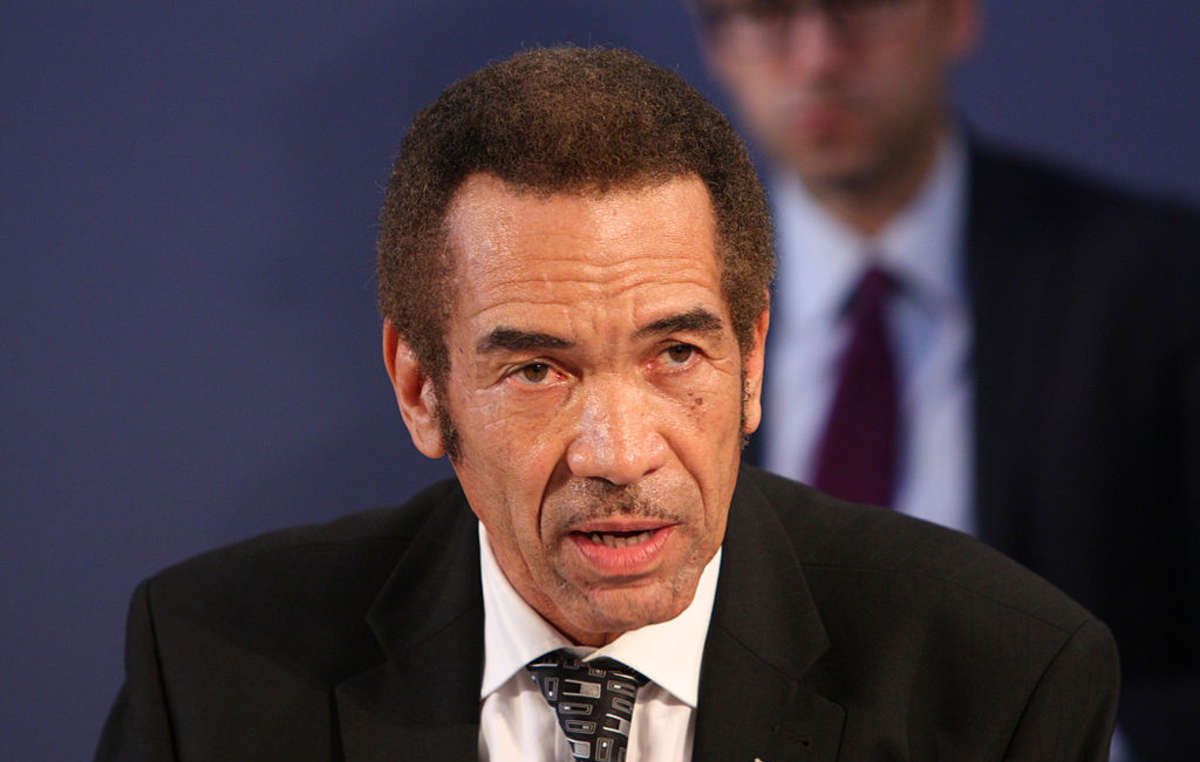 Survival International has given its “Racist of the Year” award for 2016 to President Ian Khama of Botswana. The award is given annually to the person displaying the greatest prejudice against tribal peoples.

President Khama said that Kalahari Bushmen live lives “of backwardness,” “a primitive life of deprivation” and “a primeval life of a bygone era,” calling into question the legitimacy of the Bushmen’s existence and suggesting that they are lower down the evolutionary ladder than other people.

In an interview in 2014, he further stated that the Bushmen have an “extinct form of life, a very backward form of life.”

General Khama’s government has continually denied the Bushmen access to their ancestral land after they were forcibly evicted in 1997, 2002 and 2005. Most of them still live in poverty in government eviction camps despite a 2006 High Court ruling which said they had the right to their land. They are accused of “poaching” when they hunt to feed their families, and have been shot on sight for hunting antelope for food. 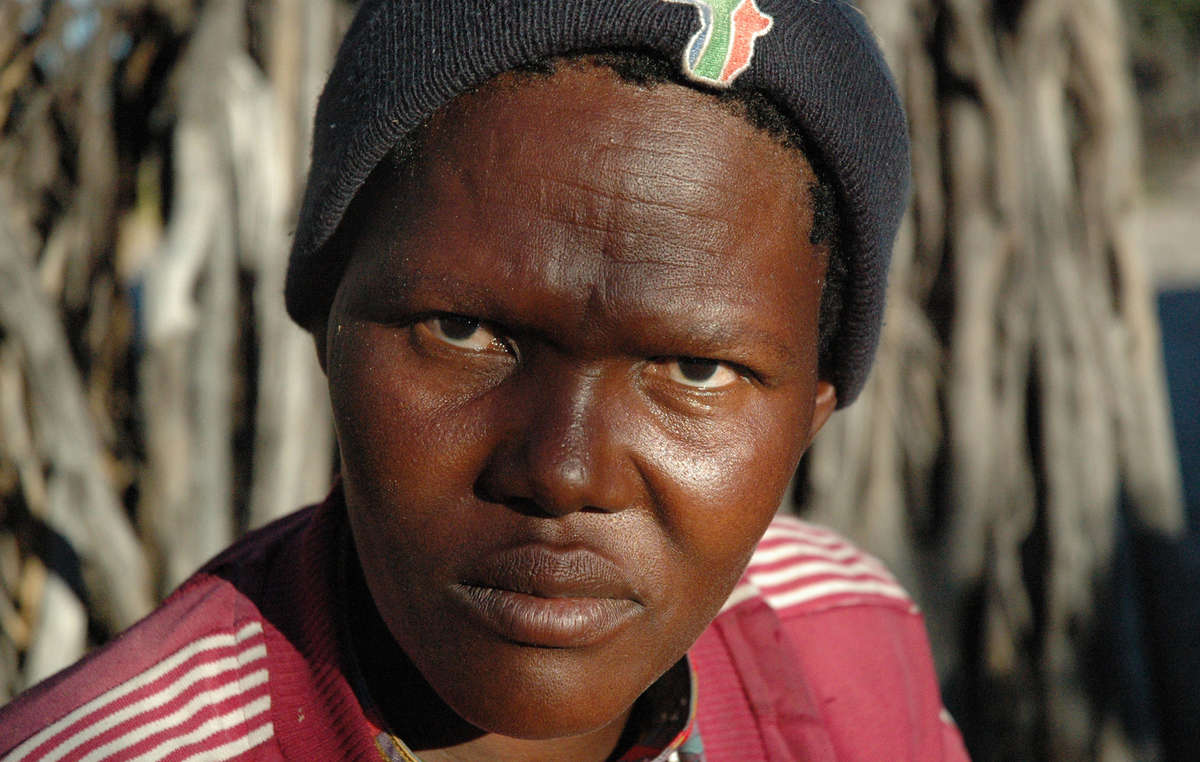 Most of the Bushmen are still living in government eviction camps, where poverty and disease are rife. The government claims their hunter gatherer life in the Kalahari is ‘backwards’ and ‘primitive.’ © Survival International

In August 2016, Survival revealed that Botswana police officers had shot at a group of Bushmen hunters from a helicopter while they were hunting to feed their families. The men were subsequently arrested, stripped naked and beaten while in custody.

The government has banned the Bushmen from hunting, despite the country’s highest court ruling that this was equivalent to condemning them to death.

Considering the severity of President Khama’s remarks and his government’s ongoing persecution of the Bushmen, Survival’s judging panel has decided to give him the award.

Previous winners of the award include Brazilian deputy Fernando Furtado in 2015 for calling Brazilian Indians “a bunch of little gays” who deserved to starve to death, and Brazilian politician Luis Carlos Heinze who said that “the government is in bed with the Indians, the blacks, the gays, all the losers” in 2014.

Other nominees in 2016 included Australian cartoonist Bill Leak who was widely criticized for a cartoon depicting Aboriginal people; the organizers of the Rio 2016 Paralympics for accusing Brazilian Indians of widespread rape, sexual abuse and infanticide; and Indian film-maker Gurmeet Ram Rahim Singh for labelling India’s tribal peoples as “evil.” 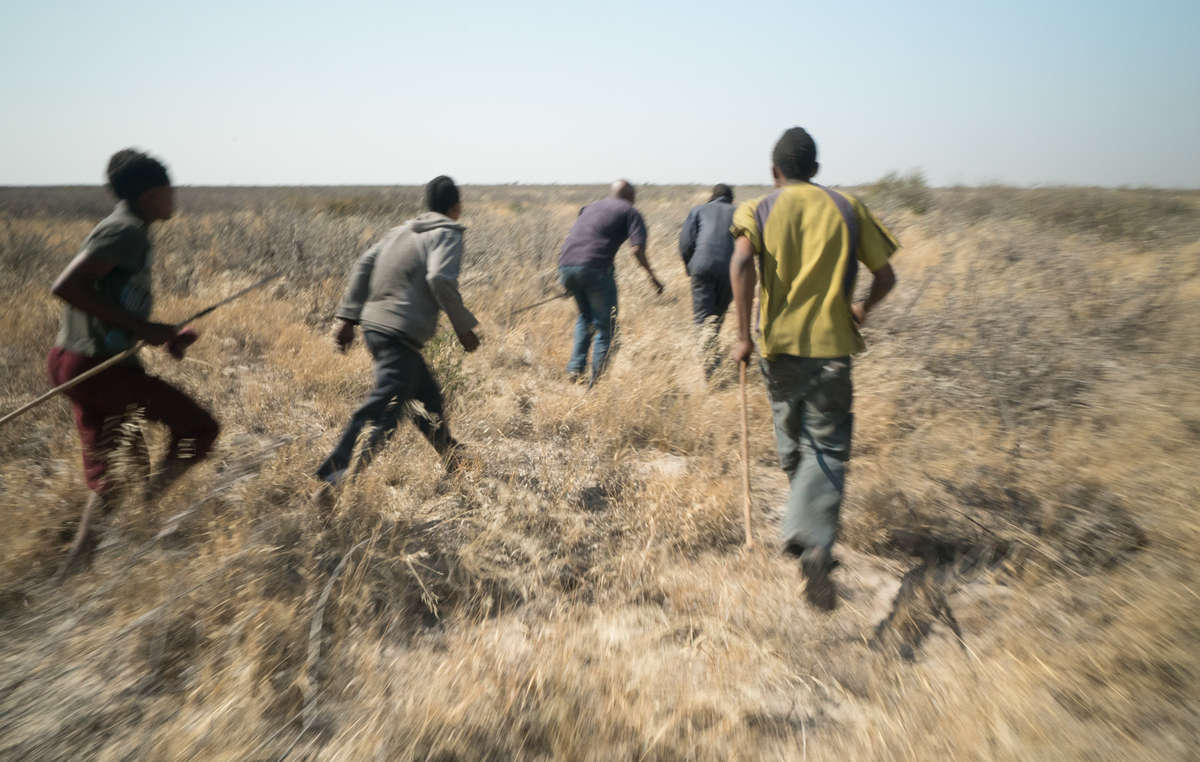 Bushmen are accused of poaching when they hunt to feed their families, while big-game trophy hunting tourists are encouraged © Forest Woodward / Survival, 2015

It is hoped that sustained pressure on the Botswana government might convince them finally to allow the Bushmen to go home, and to hunt for food. 2016 is the fiftieth anniversary of the country’s independence, and also sees the release of a Hollywood film about the president’s father, the country’s first president Seretse Khama.

Tribal peoples are portrayed as backward and primitive simply because their communal ways are different. Industrialized societies subject them to genocidal violence, slavery and racism so they can steal their lands, resources and labor in the name of “progress” and “civilization.”

Survival’s Director Stephen Corry said: “General Khama’s track record on abusing the Bushmen is unrivalled. Deep-seated racism is evidently driving his persecution of the tribes. Khama openly voices opinions that belong back in the colonial era, echoing the sort of prejudiced comments that were made by British imperialists. By giving him this award, we hope to bring anti-tribal racism to wider attention and pressure his government to start treating the Bushmen better.”